The Coast Guard says it’s primed for distress calls, but leaders ask you to stay off the water – including after the storm passes. 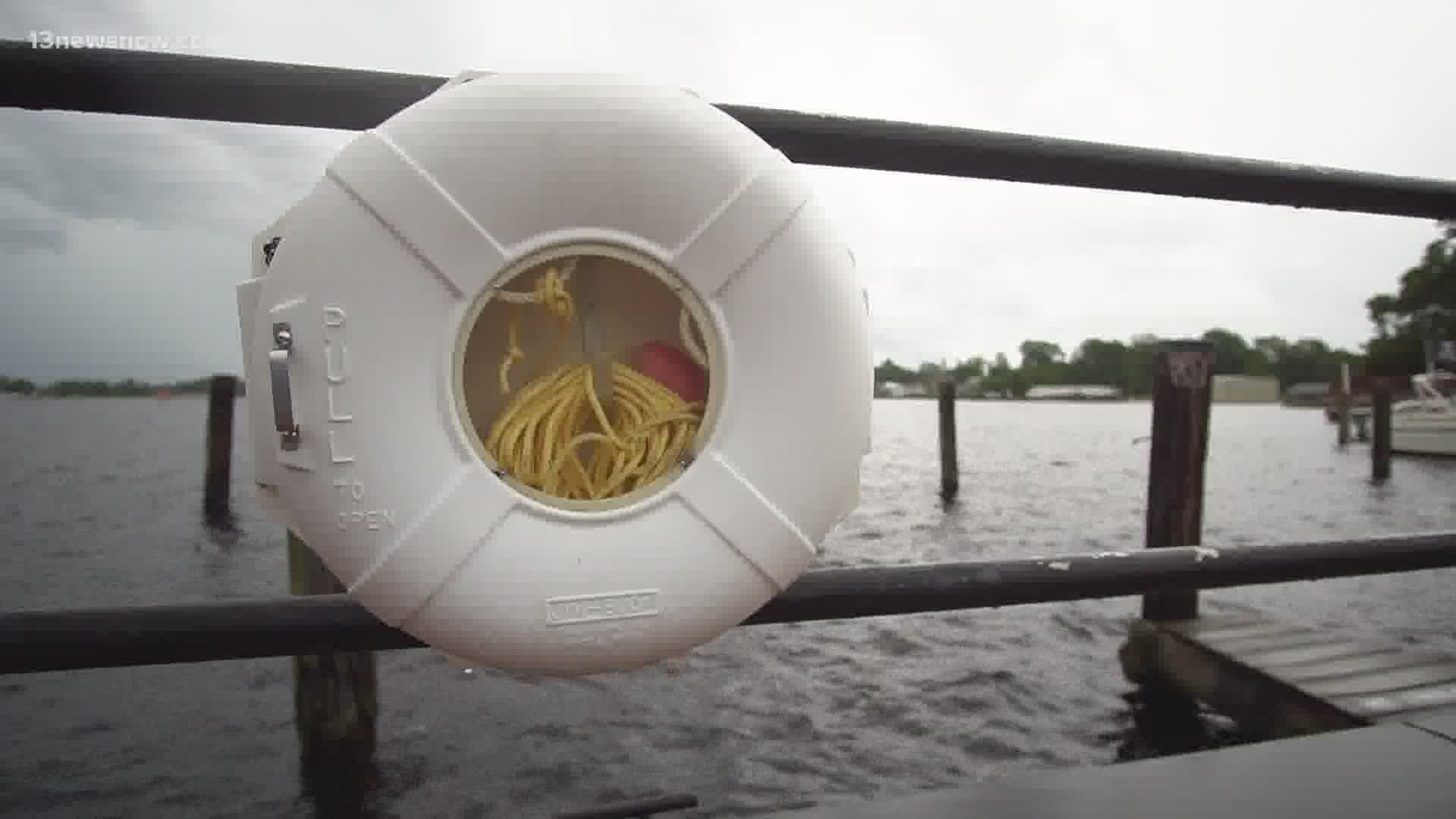 ELIZABETH CITY, N.C. — Coast Guard leaders have shut down the Port of Virginia ahead of Hurricane Isaias due to concerns about high winds. They say they're expecting distress calls, and are asking people to stay off the water and tie down or haul out boats.

“You being prepared helps us to be prepared when we come out of this," said Captain Samson Stevens, Commander of Coast Guard Sector Virginia. "Absolutely stay off the water, this is not the time to go test it for one's self to see what it looks like."

Stevens ordered the Port of Virginia to close at 8 p.m. Monday. He says it wasn't an easy decision – each day the port is closed means a loss of $250 million in economic activity.

“We’re closing the Port, balancing commerce and safety so that we don’t have situations where we’re not able to recover," Stevens said.

In Elizabeth City, people have tied down their boats ahead of the storm. Stevens reminds everyone to wait until well after Hurricane Isaias has passed to go back out on the water, as the Coast Guard will still be receiving distress calls.

“If you go out simply to explore and become and search and rescue case, we now have to divide and conquer which is a burden on our resources," he said.

Stevens said Isaias may just be a warm-up for another storm this fall.

“NOAA is predicting an above-average storm and hurricane season, so I have a strong suspicion that Isaias will not be the last hurricane we see this year," he said.

No matter the strength, Stevens said Isaias is something to take seriously.

“Don’t look at this as like just a tropical storm turned into a light Category 1," he said. "Anytime you’re out there there's potential for a tree-fall hazard or a boating accident or any other maritime distress.”