After 'Something in the Water,' beach trash cleanup begins

Keep it Beachy Clean Virginia Beach is hosting a cleanup with the city the day after the festival. 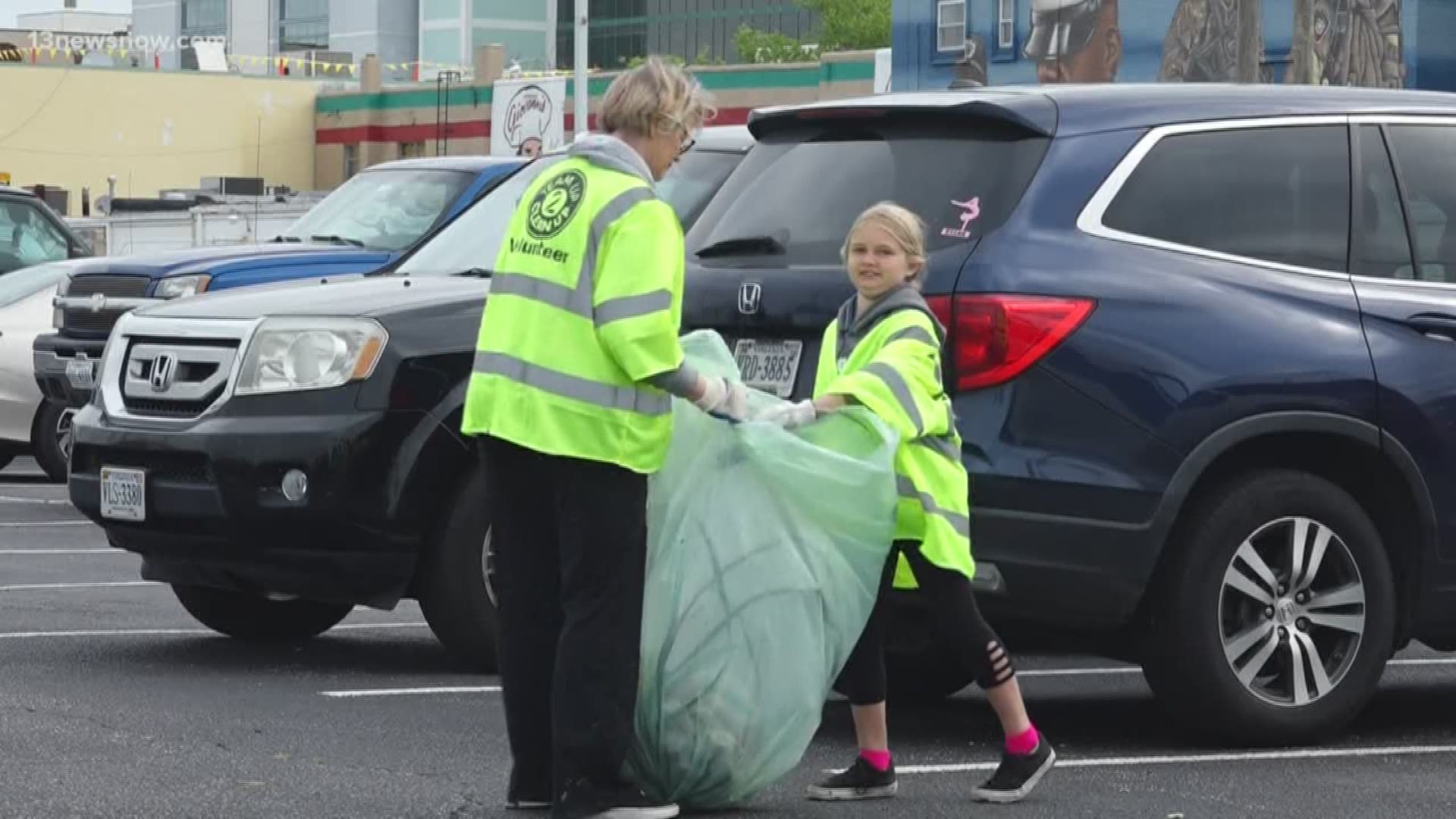 VIRGINIA BEACH, Va. — Groups are addressing the litter problem during and after Something in the Water festival.

Keep it Beachy Clean Virginia Beach hosted a clean-up with the city on Monday morning at Vibe Park, where more than 100 volunteers show up to clean up!

"The message is 'Thanks for not littering'," said Christina Trapani. "We just wanted to get the message out to festival goers that we love our beach, and we want to keep it beachy clean!"

Keep it Beachy Clean organizers said they did not expect such a large turnout. Volunteers said they wanted to help give back to their community; many did not even attend Something in the Water.

Some volunteers said they took off work or adjusted their schedules to pick up trash.

“Our volunteers, they come out it with their hearts and I love it and I can’t say enough about it," Rines said. "Any time that they will get their hands dirty, put their heart to work, I’ll take it.”

volunteers were able to fill dozens of trash bags. Rines said not all the garbage came from the festival, since they went all around the Oceanfront.

Volunteers told 13NewsNow they don’t mind donating their time to clean up the place they call home. They hope Pharrell comes back for another festival next year.

Another group worked to clean up the beach as the festival was still going on. It's called "Something in the Water, Nothing on the Beach."

Coastal Edge Surf Shop teamed up with the Virginia chapter of the Surfrider Foundation. The organization has hosted cleanups after numerous other festivals at the Oceanfront.

The first 50 people who showed up got an eco-friendly T-shirt made out of recycled bottles.

DAY 1: 'Something in the Water' on social media

DAY 2: 'Something in the Water' on social media