MAKING A MARK: Chesapeake drummer living with lupus shares story to inspire others

Accomplished drummer Dion Langley is sharing his personal battle with lupus to encourage others to never give up. 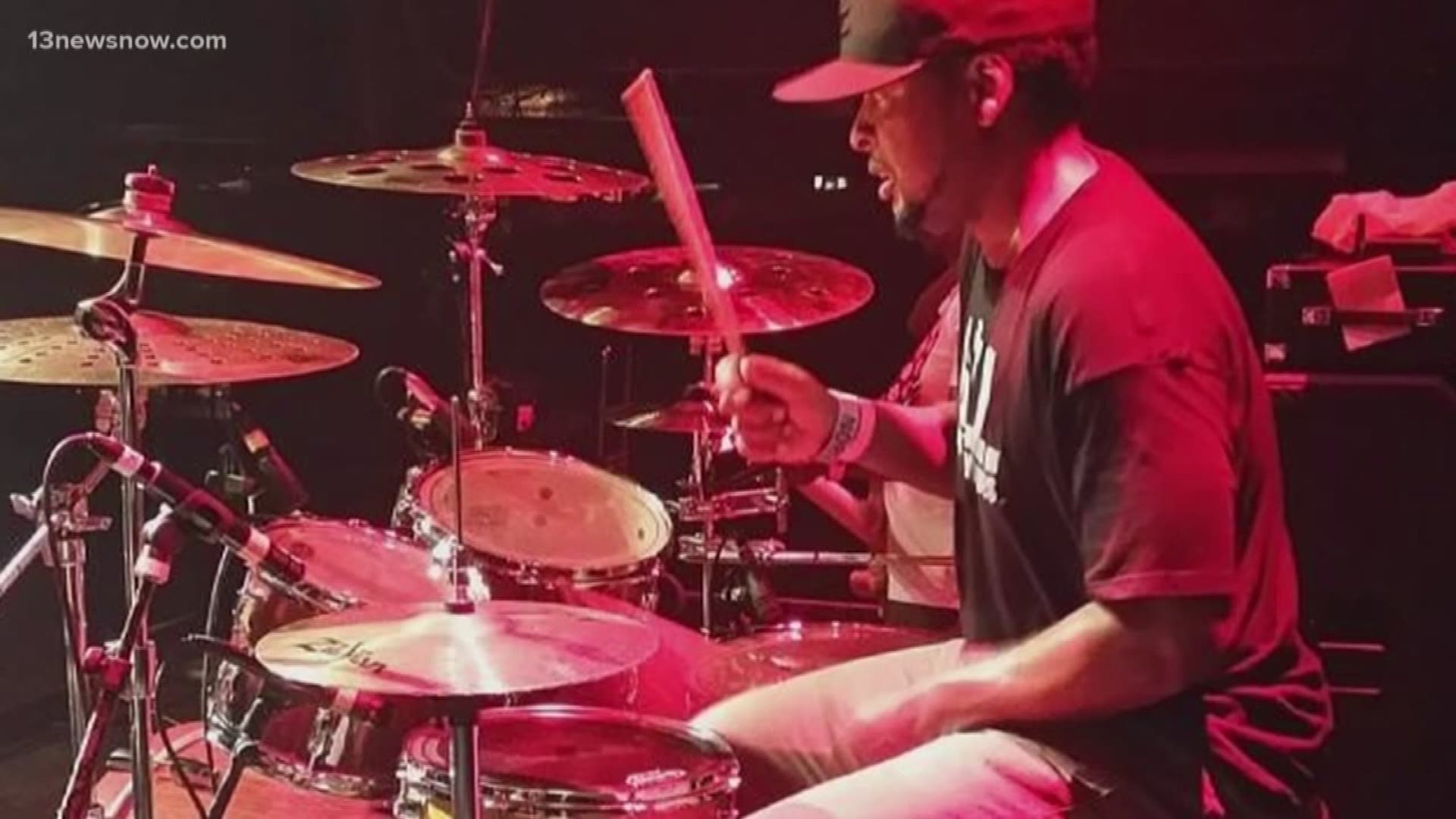 CHESAPEAKE, Va. — Accomplished drummer Dion Langley says his family saw a gift in him before he did.

"My mother told me before she passed away that, 'You'll be a drummer one day,'" Langley said.

His uncle bought him his first drum set.

Since then, Langley has played on big stages near and far. "When I started touring, it gave me an outside vision," Langley said.

"Because a lot of times, you get stuck into what you see here. And so, that gave me a different chance to really see something else on... the other side."

To many people, Langley was living the dream. But few knew what was happening behind closed doors.

Langley has lupus, an inflammatory disease that occurs when the immune system attacks its own tissues and organs. As a performer, Langley says he's fought through lupus flare-ups.

"People don't see when I'm out and about, or even playing drums on stage, and my energy just drains," says Langley. "Lupus just comes, it just comes up whenever it wants to. And once it hit, your body just shuts down."

Today, Langley uses his platform for a different fight—to spread awareness of the disease.

Through volunteerism and advocacy, Langley hopes young people will see he's still living his dream while facing his reality.

"'He has an ailment or he has some type of deficiency', whatever you wanna call it," says Langley, "'but he's still making the best out of his life.'"