A pelican became entangled in a discarded fishing net off the coast of Virginia Beach. PETA volunteers and an animal control officer worked together to save it. 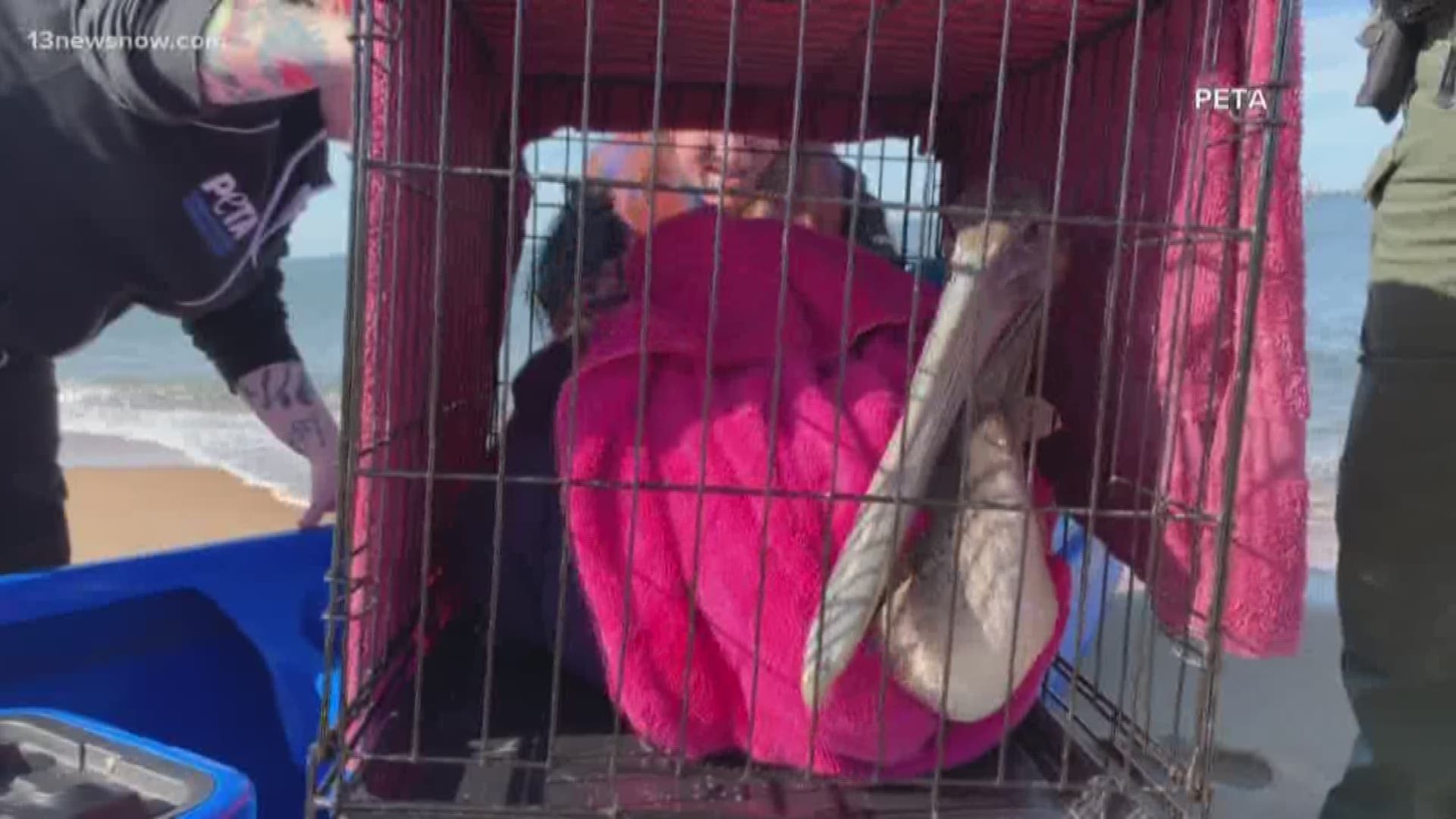 VIRGINIA BEACH, Va. — Someone called PETA about a pelican entangled in a discarded fishing net off the coast of Virginia Beach.

The group's rescue team met with Virginia Beach Animal Control Officer Adam Blankenship to save the pelican from the net.

They were able to disentangle the pelican from the net, that had wrapped around the birds wings, and bring it back to shore.

After a full recovery, the bird will be released back into the bay.

PETA's rescue team returned to the net after the Pelican was taken back to shore to remove it. They were able to free trapped crabs and fish while removing the net.