Scratch Bakery is bringing in more customers by bringing a new menu to Hampton. The owner says this is bigger than an address change. 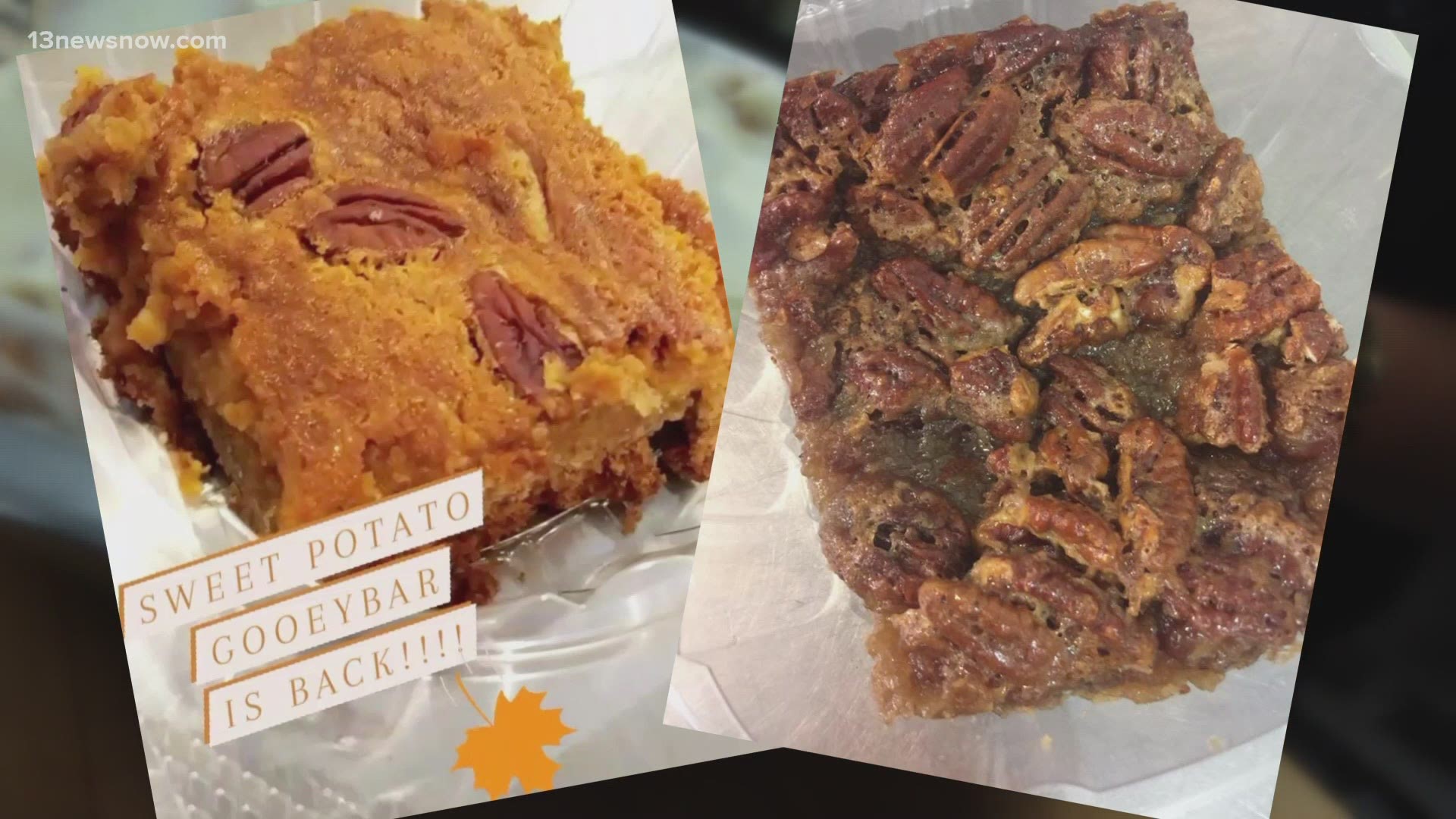 HAMPTON, Va. — Scratch Bakery started years ago in Lashonda Sanford's home. Her daughter was celebrating her second birthday, and Sanford needed a cake. After making multiple calls and finding no one to help, Sanford took matters into her own hands. She baked and decorated an Elmo-themed cake from scratch.

"We put the cake on the table for the party, and all my friends were like, oh my God, where'd you get this cake? And I was like I made it. So I always say that's the birth of Scratch," said Sanford.

Sanford started with specialty cakes and then branched out, creating gooey bars. "My husband had grown up with these bars, and he said if you can make these bars, that's it," according to Sanford, the rest is history.

Sanford says after the gooey bars; she went on to master her carrot cake recipe. Her carrot cake recipe is so good that it's getting international attention, all thanks to the Food Network show, Holiday Baking Championship. Sanford was a contestant on the show this past winter. She gained a lot of attention when world-renowned pastry chef Duff Goldman told her that her carrot cake was better than his. Sanford said that shocked her, but it's also humbling. "It's nothing too fancy; it's nothing too crazy, it's just good stuff," said Sanford about her creations.

They opened their first location in Newport News, and then a friend told them to open another spot in Hampton. "She was like, you need to come to Phoebus, okay, I was like, what's in Pheobus?" laughed Sanford. A short time later, she opened up a second Scratch Bakery in Phoebus.

"You know we're going to do a small opening. [I thought] no one's going to know we're here," said Sanford. The town of Phoebus came through. The first day, they had lines around the building. Four years later, because of all that support, they are moving to a new location—this location, a few steps away from their current Phoebus spot. "We're moving across the street from a 500 square foot building to like a 5,000 sq foot building," added Sanford.

This new spot means they'll be closing their place on the corner, but it means big things for the community. Sanford said she saw a need for a more specific business, a café. "We're going to be expanding our menu to full coffee, lunches, hot paninis, grown-up grilled cheeses," stated Sanford. She went on to ramble off a long list of fantastic new additions to an already sweet menu. She said that all of these changes are terrifying but exciting. "I'm just excited about the whole building being utilized, you know? Outside and inside, just more space all the way around," smiled Sanford.

Sanford said this is about community and thanking them for the support they've given to her. "I like feeding people. I like seeing your expression when you eat. I just want to make you happy. So, I will feed you, feed you, feed you until you want no more," she laughed.

The new location will open this June; until then, you can visit Scratch Bakery at one of their two locations. The Hampton location is 36 E Mellen St, Hampton, VA 23663, and in Newport News, you can go to 4181 William Styron Square N, Newport News, VA 23606.