757 Gun Violence: Chiefs on the Crisis

The police chiefs from the Seven Cities came together for the first time to talk about a topic on everyone’s mind: rising gun violence in Hampton Roads. 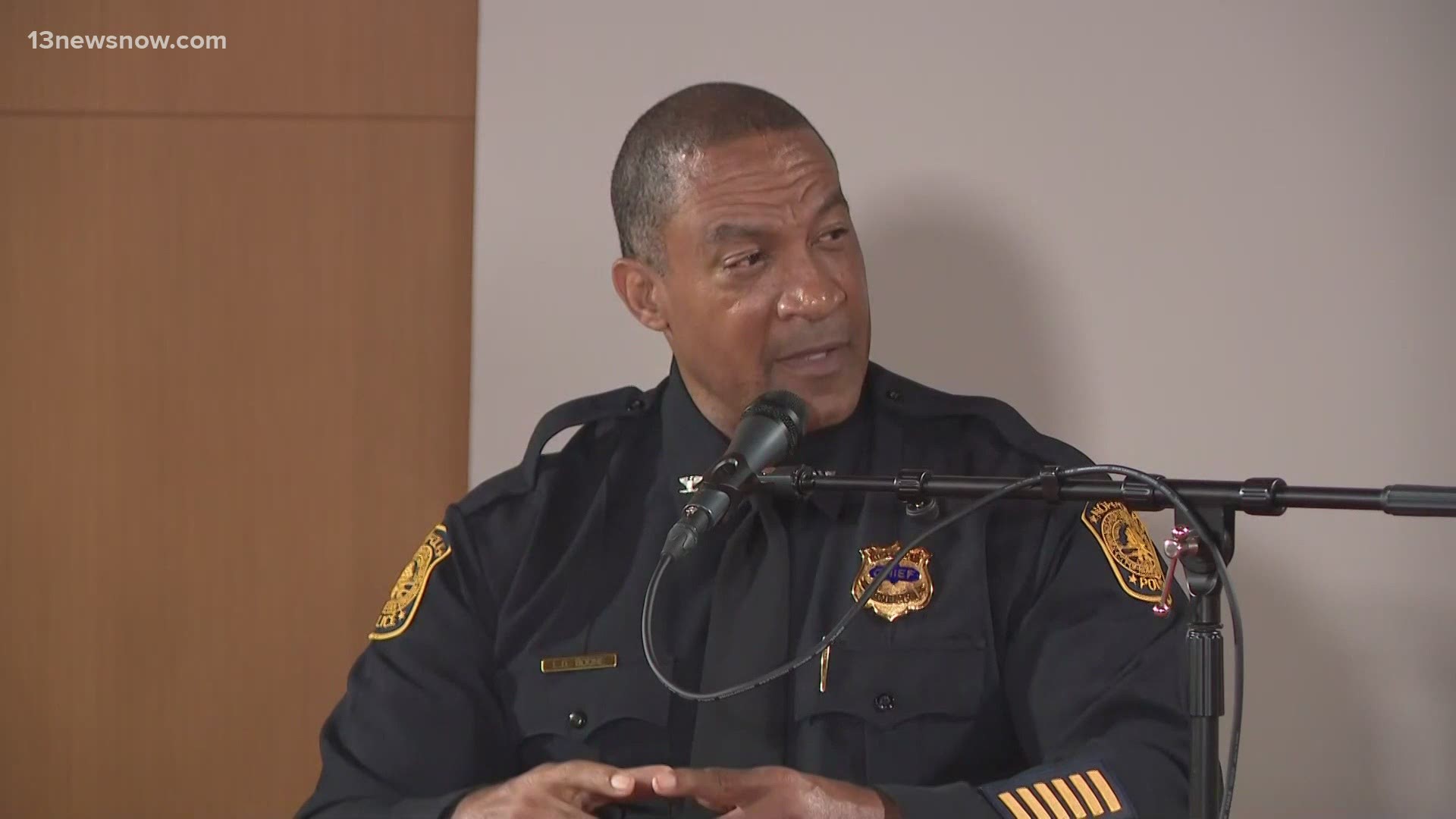 NORFOLK, Va. — We’ve had a noticeably large number of violent crimes in Hampton Roads this year, especially when it comes to crimes involving guns.

Many of the shootings that have taken place of late, including several deadly ones, involved children: children accused of doing the shooting, children who were hurt or whose lives ended because of a shooting.

On Monday night, the police chiefs from all Seven Cities came together for the first time to talk about a topic on everyone’s mind: rising gun violence in Hampton Roads.

"Gun violence is not now a public health crisis. It has been," said Interim Portsmouth Police Chief Scott Burke.

A question that was on many viewers’ minds: where are people, especially teens, getting these guns?

“Some of those cases are straw purchases, some of them are due to burglaries, some of them due to cars being unlocked and the gun in plain view,” said Norfolk Police Chief Larry Boone.

He said part of the problem is that very few people report when their guns are stolen in the first place.

As for how we got here, Hampton Police Chief Mark Talbot said a lot of it has to do with trauma.

"We look at problems through the lens of the police, which inherently is about punishment. They get into the gang because they were victimized and nobody cared about them."

He said they need to feel like they matter before they get involved with a gang.

Boone said they can see a pattern with where these things are happening.

So, what do we do about it?

"Bringing youth into that conversation, hear their concerns, their ideas, their thoughts," he said.

Virginia Beach Police Chief Paul Neudigate said for kids and teens who live in neighborhoods where gunshots are their nightly lullaby, it's traumatic. So, they want to have a full-time "Youth Services Unit," so they don't lose track of kids when they're out of school. He said they hope to get that up and running once they get a handle on their officer shortage.

They're currently down 90 officers.

He also said they need the community's help getting criminals off the streets by reporting crimes they see.

"They want individuals that are wreaking havoc in their community held accountable."

Chesapeake Police Chief Kelvin Wright said we need more resources available and to show people what is already out there.

"Be human. Do what our job requires us to do. Patrolling is not just about locking up people. Patrolling is about getting to know the people of the community."

The sentiment among all seven chiefs was clear: something needs to change, but that responsibility can’t rest solely on law enforcement. Community centers, city leaders, churches, and schools all play a role in stopping the violence as well.