A group of community members staged a rally in downtown Portsmouth Thursday in response to violent crimes, especially involving children. 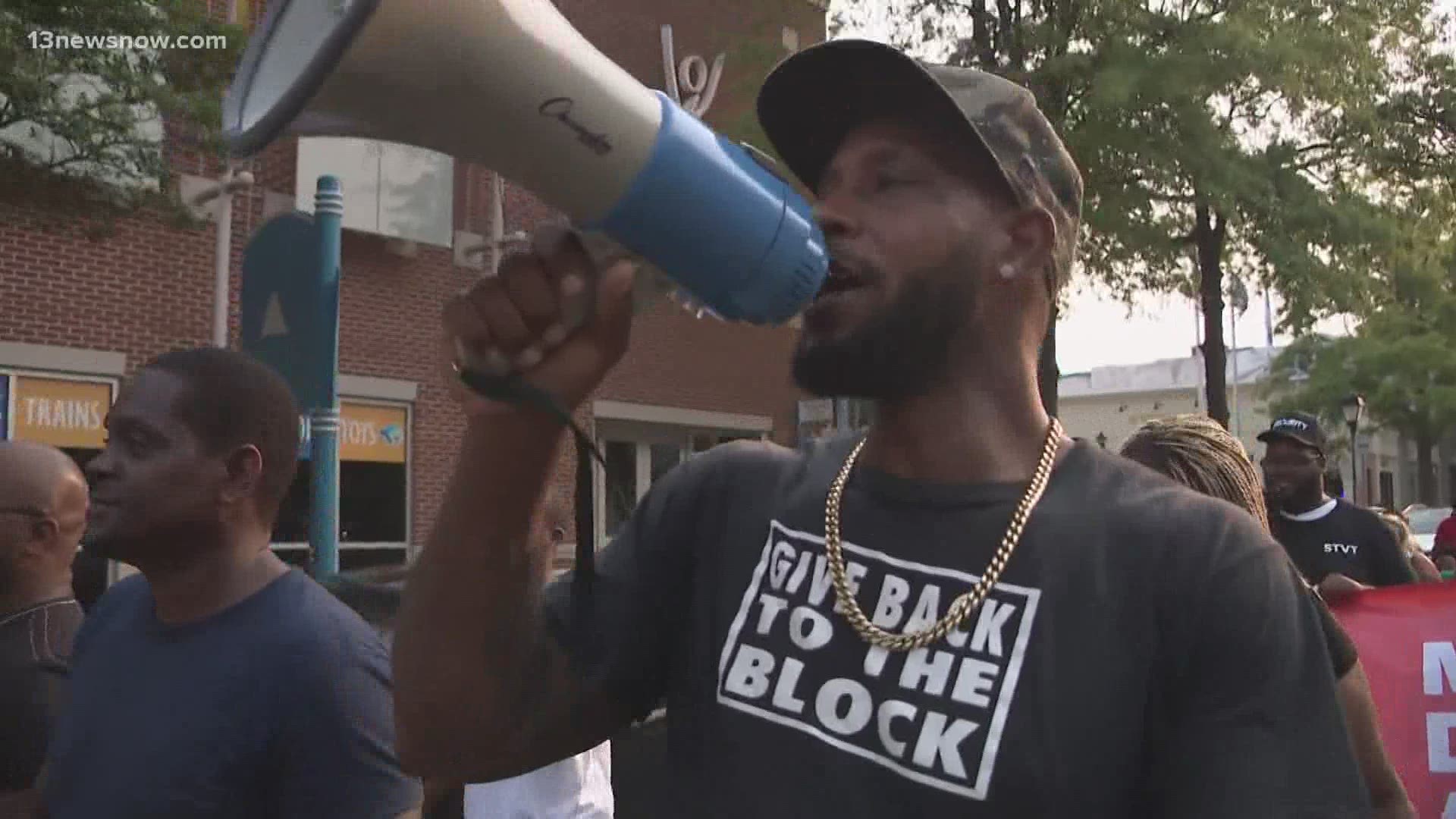 PORTSMOUTH, Va. — Onyx Hicks, Darrell Redmond, and Katt Howell are tired of the violence in their community.

The trio organized a rally in downtown Portsmouth Wednesday night to give the community opportunities to share frustrations and suggestions to prevent crime and gun violence involving young people.

"We are calling out those in higher power, but today we are also calling out people that are in the households," said Redmond.

“We don’t need your words. We don't need your, 'I am sorry.' We've heard enough platitudes. We've heard all of that. We need action," said Hicks.

The rally comes after another shooting involving a child over the weekend.

On Sunday night, someone shot a man and a boy in the 1100 block of Virginia Avenue near London Oaks Apartments. Police are trying to identify five people captured on surveillance video.

Eight minors have been shot in Portsmouth so far in 2021, according to the Gun Violence Archive. Four of those were fatal.

Redmond and Hicks grew up in the London Oaks neighborhood. Redmond said he spent 20 years in prison before his release in 2019. Now, he devotes his life to giving back to the neighborhoods and says the city needs to work with people these communities trust.

“I’m not saying the programs don't work. The treatment don’t work. The strategies don’t work. What I’m saying is people they are utilizing to do these things aren’t effective," he said. "Utilize the people who were once a liability as an asset to changing our community."

Hicks and Redmond have grown frustrated with city leadership and claim city leaders have not properly invested in people with "boots on the ground" and are from the neighborhoods.

“Instead of taking the money outside the community and using outside people who the people do not trust, why not utilize the people who are making a difference every day," said Hicks. “If they are not going to act, we’re going to continue to act because it's on us to take back our community, our streets, and form a new kind of community in the City of Portsmouth."

Community activists in Portsmouth are protesting tonight at City Hall. They say they are tired of waiting for city leaders to do something to curb the violence they’re seeing. Instead, they say they’re taking matters into their own hands @13NewsNow #13newsnow pic.twitter.com/lwsIvuqVc7

City spokesperson Dana Woodson said the city formed a coalition of community members and organizations to address and reduce gun violence with evidence-based prevention and intervention strategies. The group has already begun meeting, but the city projects it could take six months to create a comprehensive, city-wide strategic plan.

"The creation of a city-wide strategic plan is vital and it will not be done in a vacuum," she said. "Unfortunately, this is a nationwide problem, and our response must be methodical, community-based, collaborative, and comprehensive with strategies and solutions to address the overall problems we currently face."

The group consists of the city manager, mayor, Portsmouth Public Schools, Parks, Recreation & Tourism, the Friends of the Portsmouth Juvenile Court, and the Act Now…Coalition.

"We are implementing various initiatives as they are identified including improved lighting, youth programming, [and] data-driven public safety responses," wrote Woodson.

Howell said the community does not have six months.

Elliot Hill joined in the rally on Wednesday.

"Put your guns down and pick up your kids."

Hill spent 24 years in prison. He says to him, it looks like nothing has changed in the city in all that time.

One of the eight minors shot this year was Lorenzo Skeeter's cousin.

"I love my cousin. I miss my cousin," he said. "Open up more gyms. Do more programs for the youth, man. We don't have nothing to do. We're bored. That's why everybody is killing each other."

As for Redmond, he said after spending 20 years in prison, he hopes he can get through to the young people and start to make a difference.

"I walked the streets they walked. I took the path they took. I made the mistakes they made."

Portsmouth Councilman Chris Woodard was the only council member present at the rally.

He said he didn’t want to go on camera because he wanted all the attention on speakers at the rally, but came to show support for his community. 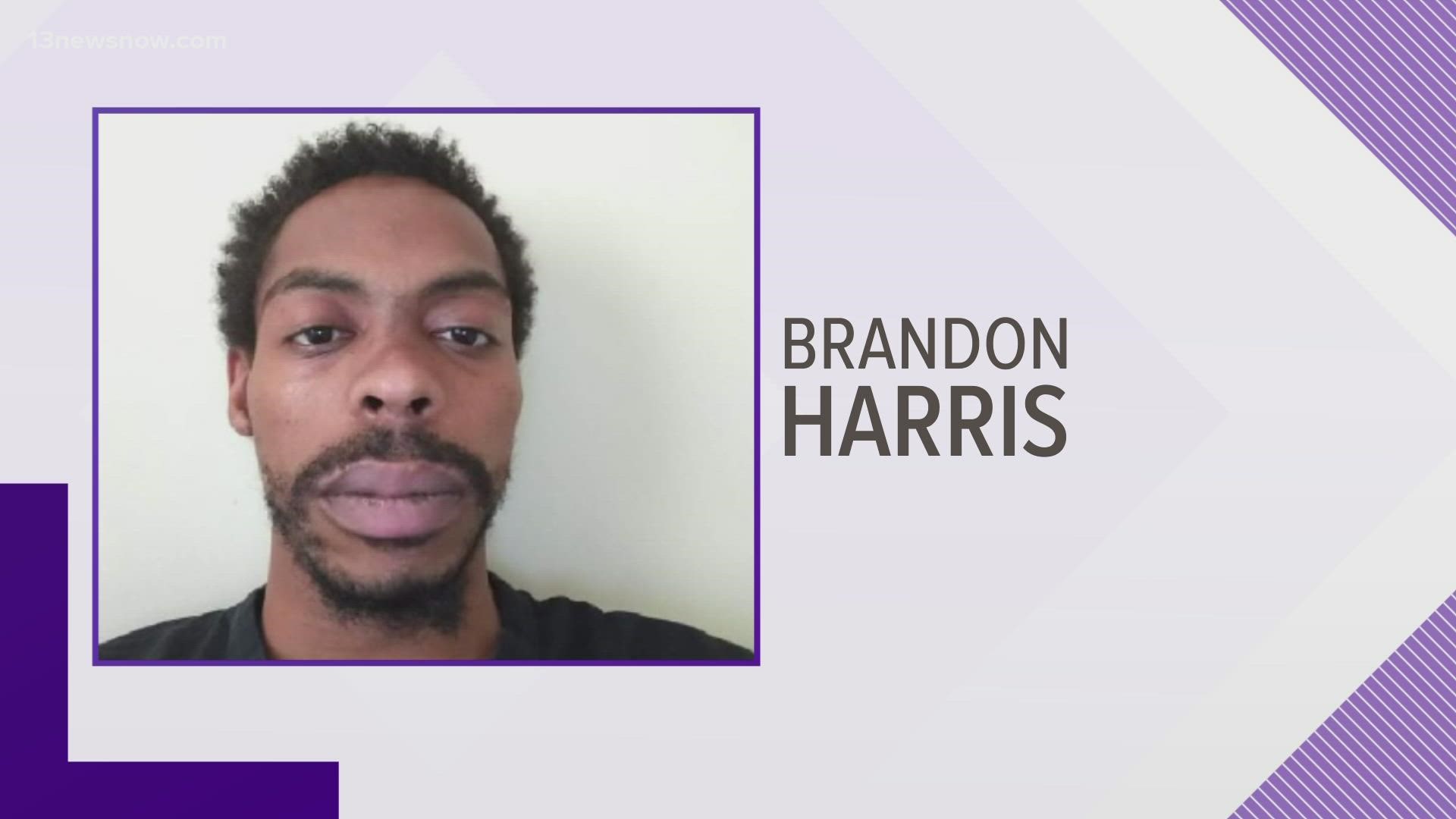