Hampton police released a video with updated information about damage to the cars involved in the deadly hit-and-runs that killed Kayla Hiegl and Lizmary Caba. 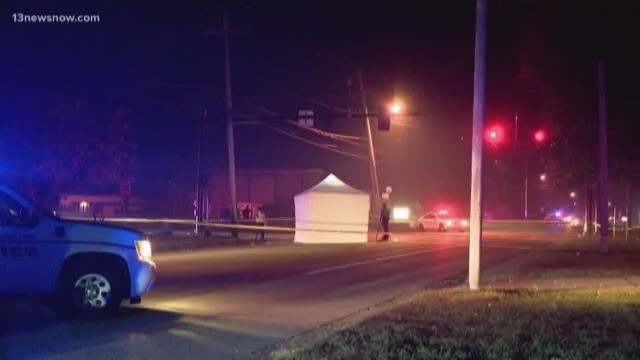 HAMPTON, Va. — Hampton police are still investigating after a woman and a teen were killed in hit-and-runs in the city.

On October 9, 24-year-old Kayla Hiegl was hit and killed on Mercury Boulevard.

Police said Hiegl's car broke down after she left her best friend's birthday party. She got out of her car to take a look when a red sedan switched lanes and hit her.

RELATED: "One of the sweetest people I’ve ever met in my life." Friends remember woman killed in hit and run in Hampton

On October 25, 15-year-old Lizmary Caba was walking to church with her mom near Whealton Road and Todds Lane when they were hit by a white utility van. Lizmary didn't make it.

RELATED: 'I feel like there's an empty part in my heart.' | Family, classmates remember teen killed in hit-and-run

The white van is a newer model, likely a Ford or a Chevy, with no side windows except for the windows on the driver and passenger doors.The van also did not have a ladder rack and had a front tag on the front of the van.

Police are asking anyone that knows of a car or van similar to the ones described or that has repaired or sold repair parts for the two vehicles to let them know.