Chief Larry Boone addressed the uptick in crime that is affecting Norfolk as well as other cities across Hampton Roads. 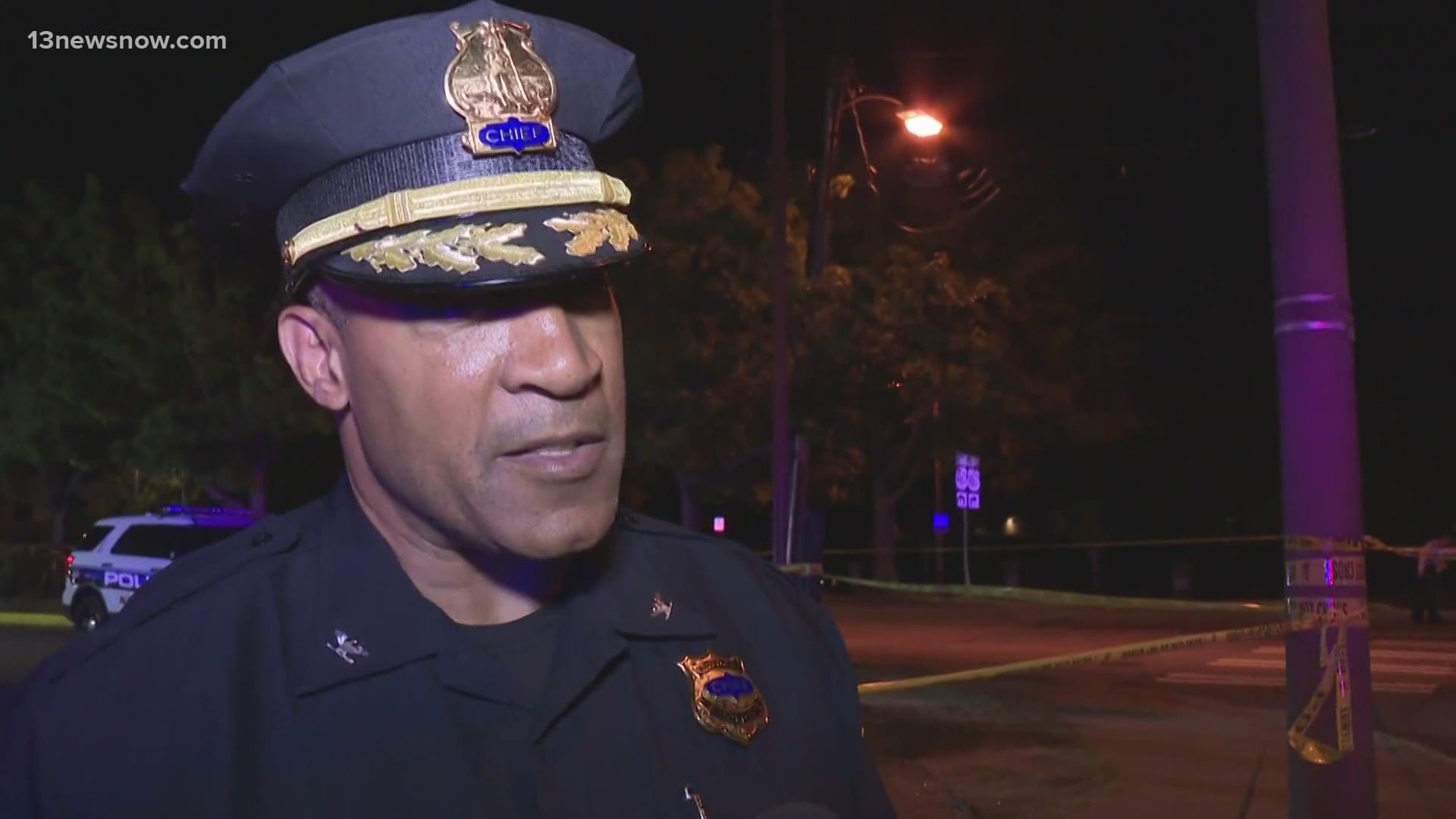 NORFOLK, Va. — Three homicides in 24 hours spread out through the city of Norfolk.

“We have young men, who have lost all hope and the absence of hope creates a poisoned heart,” explained Norfolk Police Chief Larry Boone.

He said, “We got folks, shooting each other over, for some of the damnedest crap that means nothing but obviously means something to them.”

The last shooting happened Thursday night off Virginia Beach Boulevard. On Wednesday, someone killed a man off Woodview Avenue. Minutes after Wednesday night’s homicide two more people were shot, and one died off Berkley Avenue.

Boone said this city is not the only city seeing an increase in violent crime.

He said the solution doesn't just lie with law enforcement, but non-profits as well. Stop the Violence Guns Down President, Clayton Marquez agrees.

Marquez said, “Something needs to be done. The police department can only do so much it's in our hands for us to take the baton and step up and try to help these children and help save lives.”

Marquez himself once spent time behind bars for drugs. His son was a victim of gun violence. He's now committed to making a difference.

He said, “The elderly people who live in the community who were so happy they shook our hands and thanked us because they are afraid and are being held hostage in their own community.”

Chief Boone while these scenes are discomforting, there's some hope.

Boone said, “We generally end up arresting the suspects. We are pretty good at that.”

The challenge remains on how to stop these crimes from happening.

Norfolk Police spokesperson said in 2019, officers investigated 37 homicides. In 2020, that number was 48.