Wednesday night in Hampton Roads was violent, and at times, deadly. Police in different cities responded to at least four shootings. 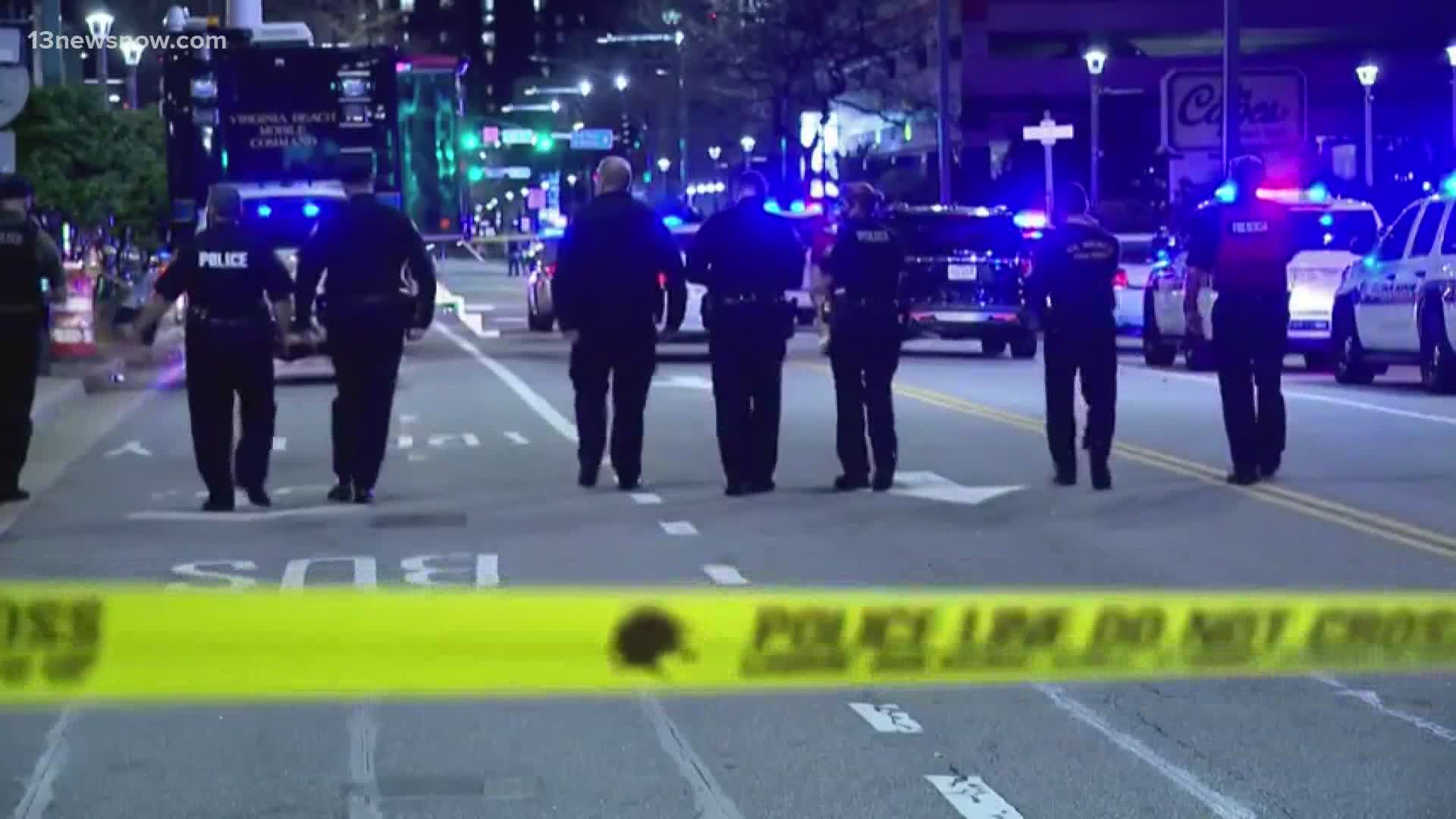 NORFOLK, Va. — Wednesday night was violent - and at times deadly - in Hampton Roads.

Police in different cities responded to at least four shootings. In Norfolk, two were deadly, and there was also a homicide in Newport News.

“When I get the email from the Hampton Police Department that talks about the shooting, the homicide, it just rips at me because I know somebody is negatively impacted,” said Hampton Mayor Donnie Tuck.

“Crime does not stop at any of our borders,” said Virginia Beach Mayor Bobby Dyer.

The violent spike is raising red flags for mayors in all seven cities.

Next week, city leaders are coming together for a second violence forum. Tuck said they will focus on ways to prevent young adults from getting mixed in crime.

They are getting help from coaches with Cities United.

"Staff with Cities United, they did pair meetings with the mayors,” Tuck said. “It allowed them to really do a deep dive to some of the things that are going on in their cities.”

The national organization’s mission is to help mayors lower murders and shootings among black men and boys.

"Work with those cities to try to come up with individual plans to address the violence,” Tuck said.

Chesapeake Mayor Rick West doesn’t have an answer for the increase in crime, but hopes to get more people back to work and hire additional officers.

“I am not sure that anybody knows,” West said. “But if it is idle hands, then we need to get people busy.”

Dyer said he believed the mayors partnership will bring about faster solutions.

“If we start dealing with it as a collective, we can come up with some solutions and strategies to try and get it mitigated,” Dyer said.

Most mayors said they are ready to get to work.

“We must never forget that it is everyone’s desire to live in a safe, healthy, and hopeful community,” said Suffolk Mayor Mike Duman. “To that end, among other initiatives, I am participating with the other Hampton Roads Mayors in working collaboratively to address and reduce violence, especially among our youth. Moving forward, we must continue to promote and reinforce the relationship of mutual respect enjoyed by our citizens and law enforcement personnel.”

“I am looking forward to working with all of the Mayors in Hampton Roads to create a violence reduction strategy and share best practices to improve the quality of life for all,” said Portsmouth Mayor Shannon Glover. “We have much work to do together."