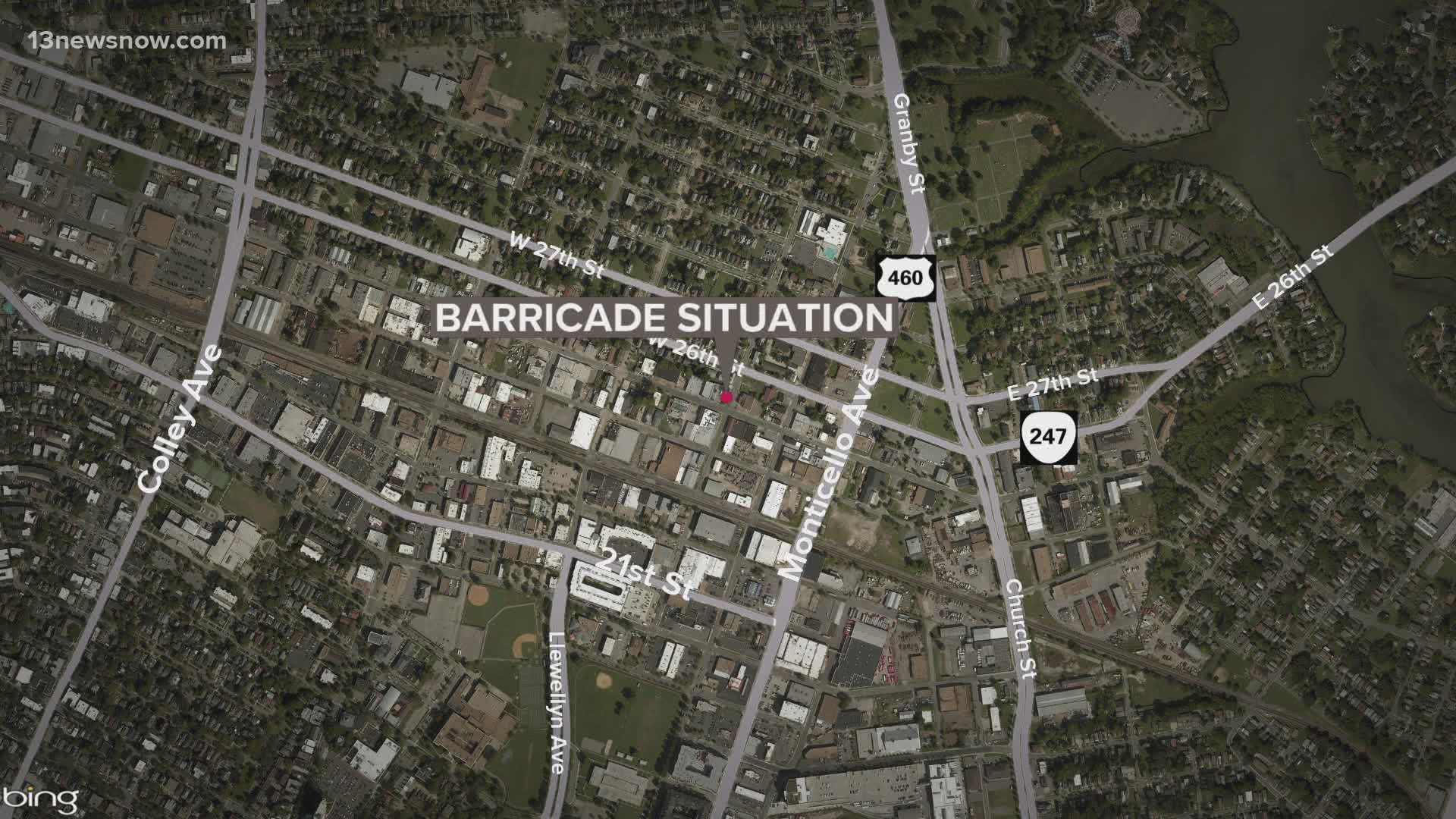 Officers were sent to the 200 block of W. 25th Street after dispatchers got a call about a person with a weapon in that area.

When officers arrived, they tried to talk with someone inside a home on that block, but were unsuccessful.

There was a brief standoff but the situation ended peacefully and police took a man into custody, according to police.

Police said the investigation is ongoing.

McBride is currently being held in the Norfolk City Jail without bond.

This matter has been resolved peacefully. A man has been taken into custody. The investigation is on-going. https://t.co/OpNfKQwwFI