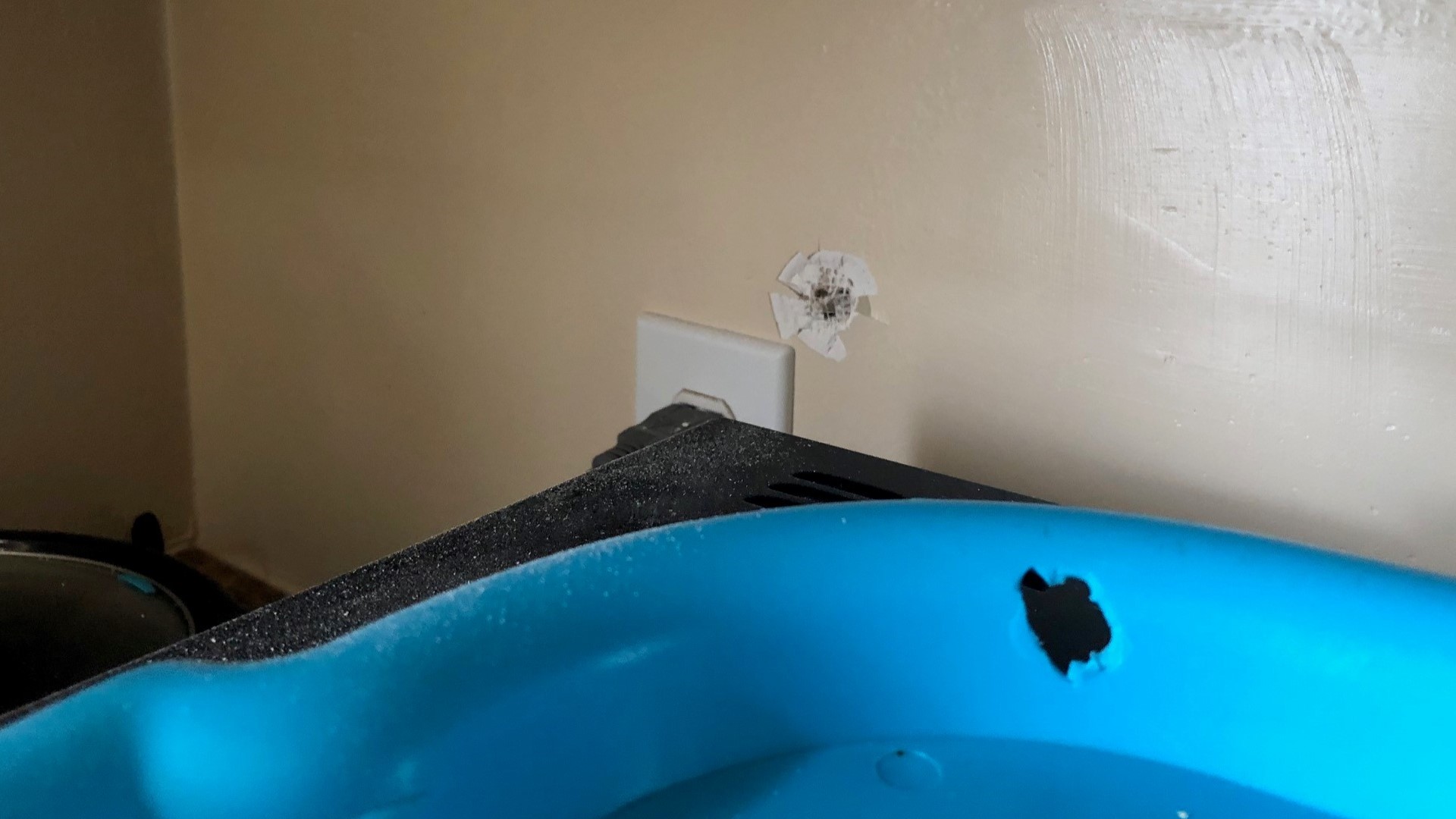 SUFFOLK, Va. — Investigators are seeking answers after a Suffolk home was shot into Tuesday night, leaving an infant injured.

Suffolk Police Department said it received a call Tuesday, Oct. 12 around 11:40 p.m. about shots being fired in the area of Spruce Street and Raleigh Avenue.

When officers arrived at the scene they found several shell casings near the intersection of Laurel Street and Columbus Avenue. Police said two homes located in the 200 block of Columbus Avenue were hit during the shooting and damaged.

Officers said a 10-month-old was shot inside one of the homes and taken to the hospital by Suffolk Fire and Rescue with non-life-threatening injuries.

Elnora Sexton, a resident who lives on Columbus Avenue, said she acted fast when she heard the gunshots while sitting on her couch watching TV.

“I just jumped up and fell on this hardwood floor and literally crawled through the hallway staying low and messed my knees up," said Sexton.

Sexton showed 13News Now where the bullets hit outside and inside her home.

“It hit in my kitchen where that microwave is and behind you and it came all the way across the entertainment center," said Sexton.

Suffolk police spokesperson Diana Klink said she's asking neighbors to provide information to find the person responsible for the shootings. Following the shooting, she said police have increased patrols in the area and they are working on finding the shooter.

“It’s even more tragic when an innocent child is struck by gunfire in something as senseless as a drive-by type shooting. It's definitely something this community will not stand for," said Klink.

The incident remains under ongoing investigation at this time.

Anyone who knows about the shooting is asked to call the Crime Line at 1-888-LOCK-U-UP.