Suffolk Police said Duquan Love Wilson, 26, was declared dead at the scene of a Sunday evening shooting on Tynes Street. 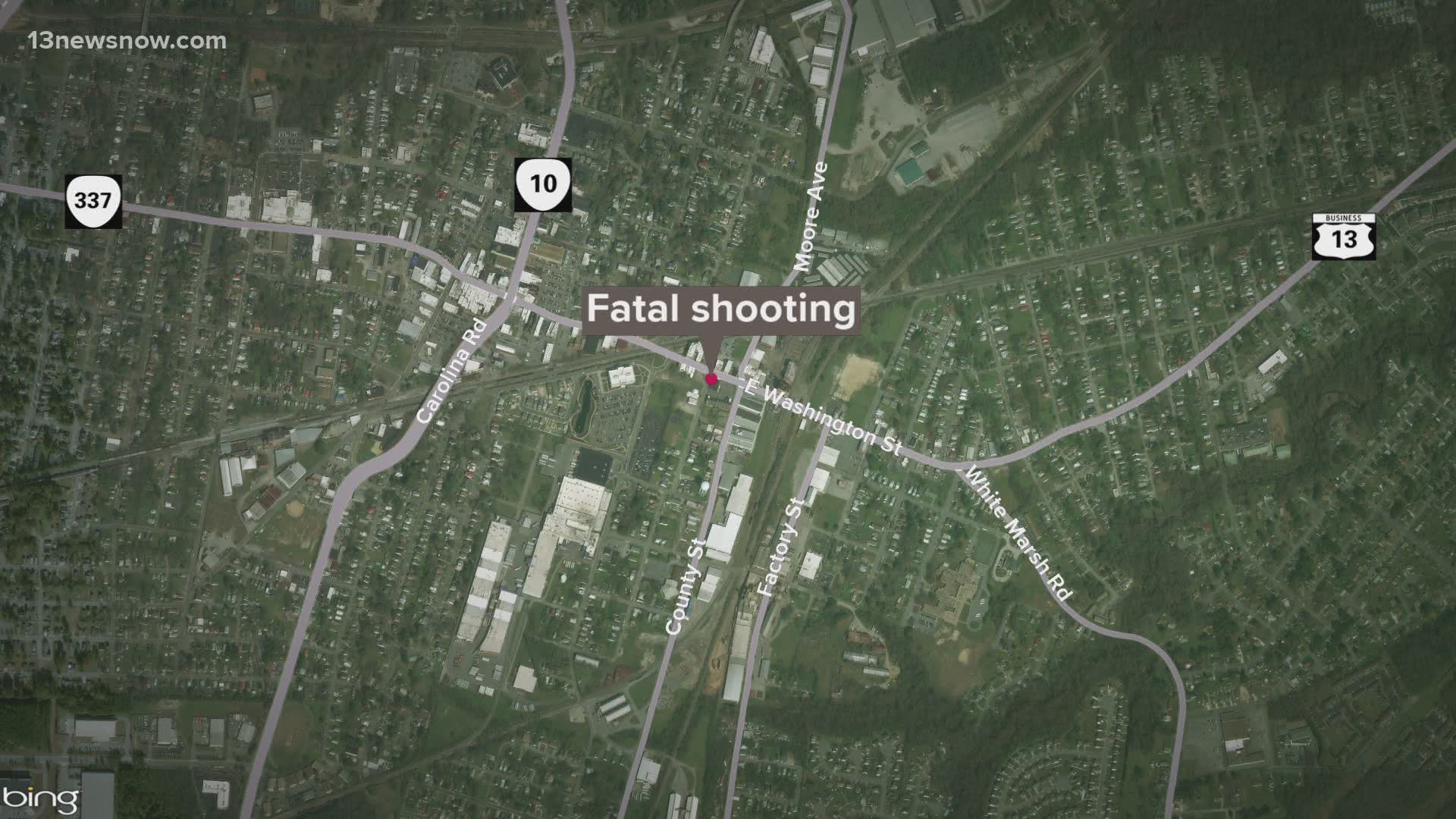 SUFFOLK, Va. — Suffolk Police said a shooting victim was declared dead at the scene of a Sunday evening incident on Tynes Street.

A release from the department said investigators were first called to the area at 7:16 p.m. to investigate a shooting.

In the 100 block of Tynes Street, police found 26-year-old Duquan K Love Wilson. A spokesperson said he was declared dead before he could be taken to a hospital.

There is no word on a possible motive for the case, and no suspect information available.

Suffolk Police are continuing to investigate. Call the crime line at 1.888.Lock.U.Up to help police solve the case.