Keith Cox was learning to become a pastor at his father’s church New Hope Baptist. 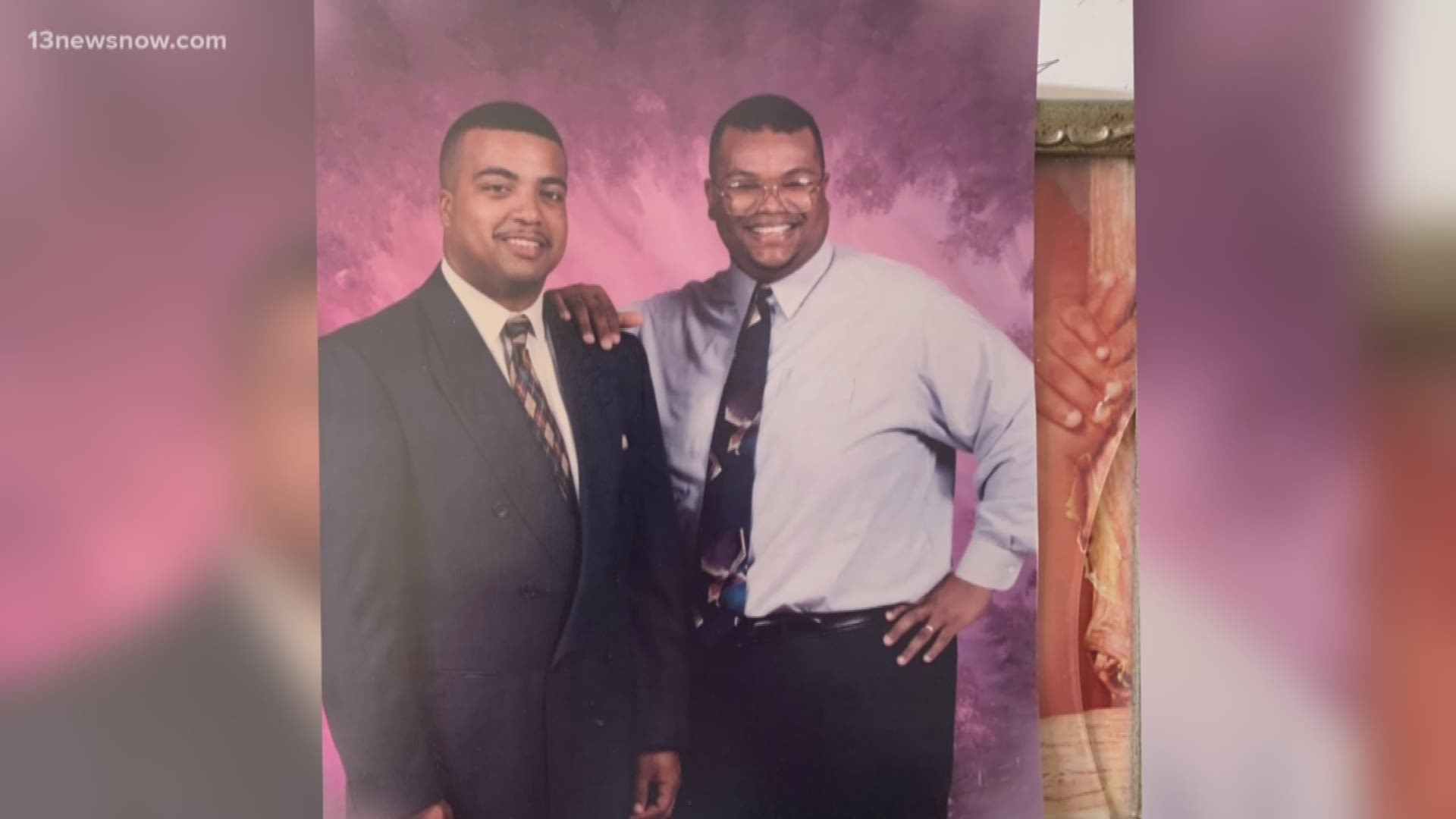 VIRGINIA BEACH, Va. — Pastor E. Ray Cox is a man of deep faith — and so was his son Ryan Keith Cox.

Keith was one of 12 employees killed by a gunman on May 31 at the municipal center in Virginia Beach.

Pastor Cox wants his son to be remembered as a hero.

"I believe him to be one of the finest men God ever made," he said.

For more than six decades Ray Cox has been the pastor at New Hope Baptist Church.

Keith was learning to become a pastor at his father’s church.

“I think my son had a premonition," Cox said.

He believes Keith tried to help and listen to the shooter whenever he was approached for advice.

“He came home a couple of months ago, and he started to tell us something is going to happen in the Princess Anne complex," Cox said.

Keith’s family does not feel resentment toward the gunman or his family.

“We want his family to know that there's no hate in our house," Cox said.

Cox said he misses his son Keith. He said the 50-year-old public utilities clerk had the “voice of an angel.”

Keith is credited with saving at least seven of his colleagues inside building 2, rushing them to safety as shots fired.

Shooting survivors said they are alive because of his quick response.

The community is now remembering Keith as a hero.

“That's what I'm most proud of—who and what he was," Cox said.