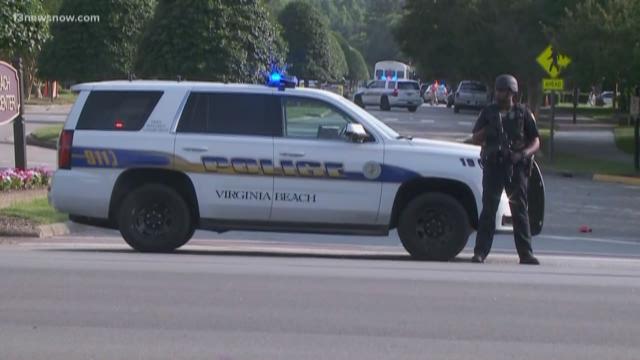 VIRGINIA BEACH, Va. — A gunman took 12 lives on May 31 at the Virginia Beach Municipal Center. One of his victims was Bob Sciacchitano's friend of 25 years, Richard Nettleton.

Sciacchitano was going back and forth on an email thread with Richard Nettleton Friday afternoon — just hours before Richard was killed at the office.

Credit: City of Virginia Beach
Nettleton worked for the city for 28 years as an Engineer in Public Utilities.

"Rich responded, 'Bob’s spot on,' and that was the last I heard from Rich. So, I’ll carry that with me," Sciacchitano said.

Sciacchitano is a consultant who does work with the city and had to team up with Richard on many projects. He said Richard returned to work full-time a few weeks ago. Nettleton was able to head back to work after he suffered from a concussion during a car accident in January.

"Last week he told me the headaches had finally gone away, so, I think he was back to normal," Sciacchitano said.

Bob said when he heard about the shooting he immediately contacted friends in Building 2. Some responded, but he never got word from Richard.

The hardest part for Bob is that he was supposed to see Richard at a meeting on Monday.

"He was from New Hampshire. He was a big Red Sox fan. I’m from New York, a big Yankees fan," Sciacchitano said. "We couldn’t have a conversation without having a little bit of banter back and forth about the Red Sox and Yankees, and I think that’s something I’m going to miss about Rich."

Here's a list of the victims who lost their lives in the shooting:

The City of Virginia Beach listed ways individuals can help the victims of the shooting and their families. The city encourages individuals to either volunteer or donate. Click here for more information.