"With an estimated attendance of up to 4,000 people, the rally poses a concerning public health risk. We ask that you reconsider moving forward with the event." 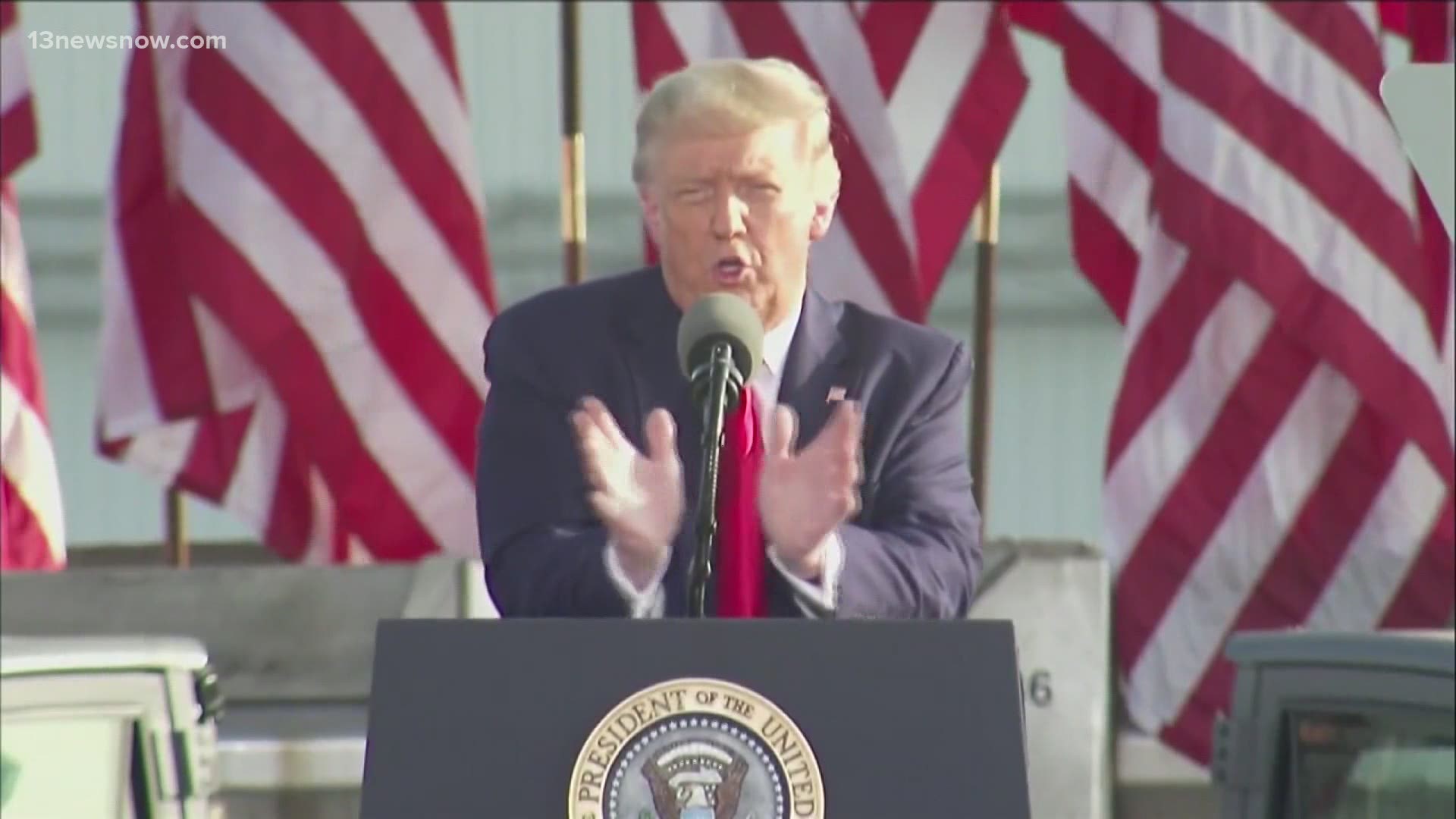 NEWPORT NEWS, Va. — On Thursday afternoon, a day ahead of President Donald Trump's planned MAGA rally at the Newport News/Williamsburg International Airport (PHF), the Secretary of Transportation sent a letter to all Virginia airports reminding them of coronavirus restrictions.

Dr. Natasha Dwamena, the director for the Hampton and Peninsula Health District, also sent a letter specifically to Richard Martinez of Atlantic Aviation - the group organizing the rally - asking the airport to cancel or scale down Trump's event.

"The reported complaints indicate the event you are sponsoring will host thousands of people for a rally in an airplane hangar on September 25, 2020," Dwamena wrote.

She noted violations of Executive Order 67 constitute a misdemeanor crime. She said there are public complaints circulating that express concerns about the event's potential to spread the novel coronavirus, and said evidence from other Trump rallies showed a lack of mask and social distancing enforcement.

"With an estimated attendance of up to 4,000 people, the rally poses a concerning public health risk," Dwamena wrote. "We ask that you reconsider moving forward with the event and cancel or re-schedule the Make America Great Again Event currently scheduled for September 25, 2020; or scale the event down to meet the requirements of Executive order 67, including a maximum capacity of 250 people per day of the event with required 6' of distancing between all attendees and speakers not of the same household."

The general letter, which Virginia's Secretary of Transportation sent to all airports, reminds them of the cap of 250 people on social gatherings. Specially designated entertainment venues can entertain up to 1,000 people, but those venues face strict guidelines.

"You have the authority to enforce the Commonwealth's laws and regulations within your facility, and we appreciate your continued cooperation," Valentine wrote.

The letters, however, are unlikely to make a difference, as the Trump campaign has routinely flouted public health guidelines intended to halt the spread of COVID-19.

Up to 4,000 people are expected to show up to Atlantic Aviation in Newport News tomorrow to see @realDonaldTrump. The Peninsula Health District says an event this size during the #COVID19 pandemic is a severe public health threat. PHD has already received complaints. #13NewsNow pic.twitter.com/wtIWgDeDec