Should you have to show proof of your COVID-19 shot to board an airplane or attend a concert or sports game? Legal and public health experts weigh in. 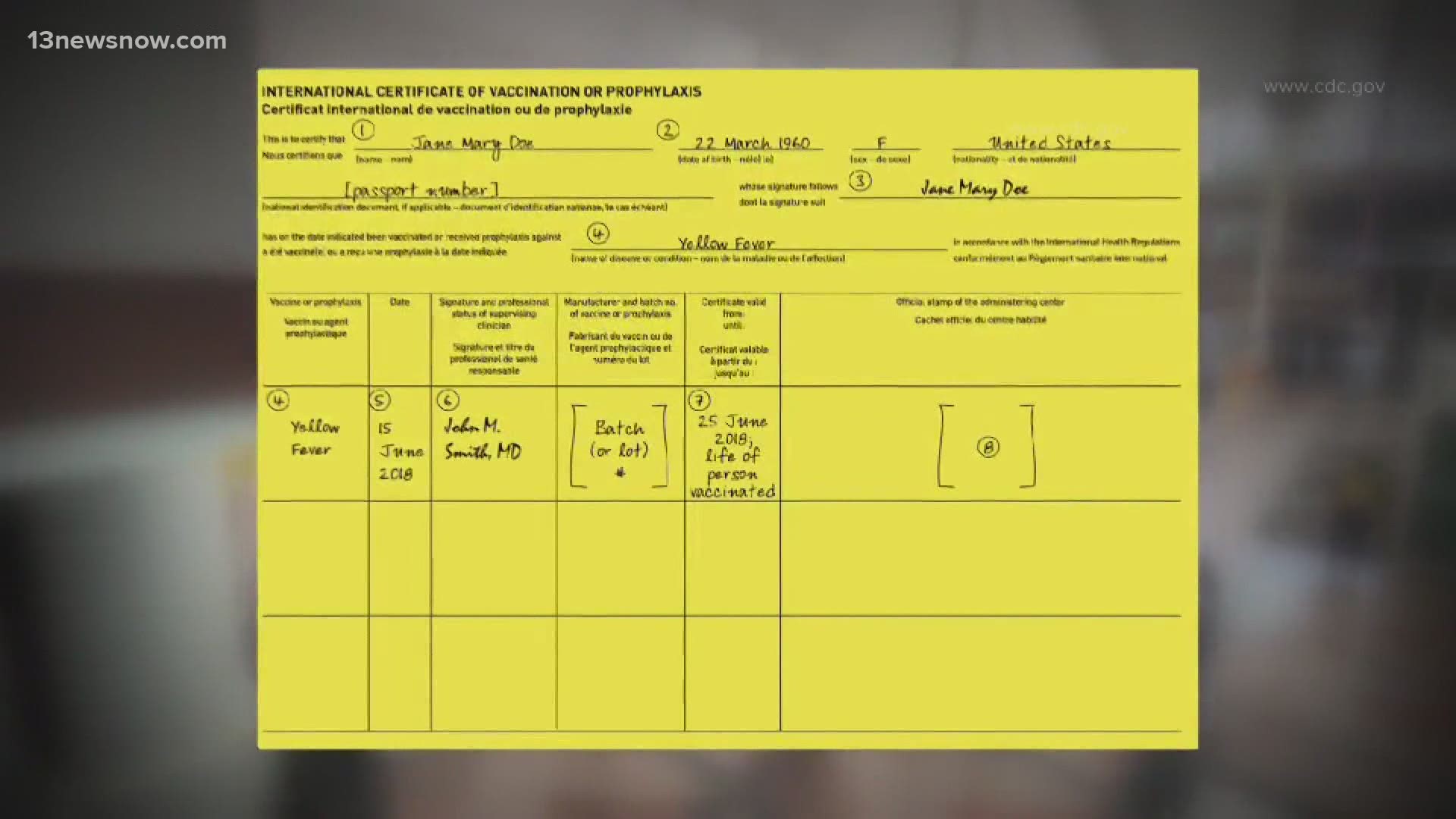 NORFOLK, Va. — Should you have to show proof of your COVID-19 vaccination to, say, board an airplane or attend a concert?

The idea of a “vaccine passport” has been floating around as a way for people to prove their vaccination status, and businesses in the private sector are toying with the idea.

13News Now reached out to Parks Zeigler, PLLC, a law firm based in Chesapeake. Legal analyst and attorney Ed Booth weighed in on whether companies could ask someone to disclose their vaccination status.

“It certainly depends on the businesses. Let’s say in very broad terms, this could be viewed as sort of a ‘no shirt, no shoes, no service’ kind of thing," Booth said. “Private enterprises have a certain amount of freedom to decide how they conduct their business.”

Booth said privacy concerns about vaccine passports are legitimate -- but yes, a private business could create and enforce rules for customers, and the idea of a business requiring vaccinations isn’t new.

“Any parent of a school-age child knows that your vaccination records are something that you’re going to be bringing to a school to enroll your child," Booth said.

He told 13News Now the idea of a vaccine passport wasn’t new, either.

"Anyone who’s travelled extensively... yellow fever is the obvious example, because there is this international yellow card," he said.

A “Yellow Card” is an international certificate of vaccination. Several countries ask for it as proof you’ve been inoculated against yellow fever.

Martin is an associate dean of administration in the School of Health Professions, and director of the Master Public Health Program at EVMS.

He said not everyone has access to the shot right now.

“What about folks who don’t have access to the vaccine?” Martin asked. “A separation of the haves and the haves-not; and in public health, we don’t want that. That shouldn’t be our goal.”

Not to mention, Martin said the virus is still new and mutating.

He said it was too early to say definitively that being fully vaccinated means you can’t spread the virus asymptomatically.

“I’m fully vaccinated right now, does that mean that I, one: cannot get the virus? Or two: cannot carry the virus asymptomatically and transmit it to someone else," Martin asked.

RELATED: VERIFY: Why it’s unlikely to spread COVID-19 after vaccination

He said the passport could create a false sense of security.

“A vaccine passport would lead someone to believe - or lead a country to believe or an agency to believe - that someone that has that passport is fully safe… and that’s just now known to be true with COVID-19."

Martin said although there is still a lot we don’t know about COVID-19, vaccinations were still our best bet to get out of the pandemic, and herd immunity could slow virus mutations.

A vaccine passport has already launched in New York.

The “Excelsior Pass” is voluntary and uses a QR code that can be scanned like an airline boarding pass.

The White House has ruled out a federally-mandated “vaccine passport” process. Officials said that’s something they’ll leave to the private sector.