The legislation unanimously passed a sub-committee and committee vote in the House of Delegates. It would make changes to how C.P.S. caseworkers investigate child abuse allegations. 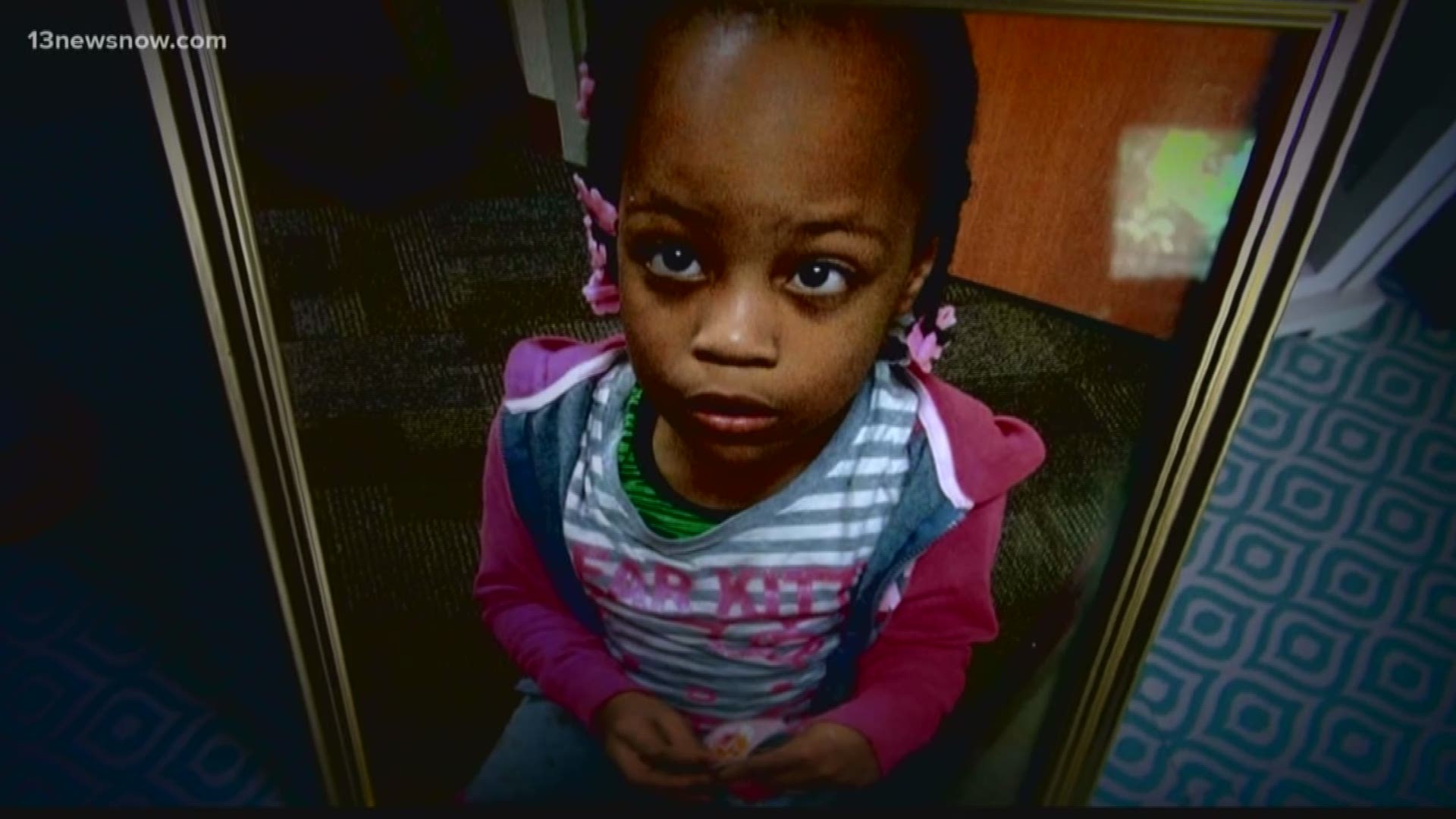 NORFOLK, Va. — Legislation stemming from a 13News Now investigation into a local fatal child abuse case is heading to the state House floor.

Heaven Watkins was brutally beaten to death in May of last year. Her loved ones said the child protection system did not protect her.

Bill Sponsor Delegate Mike Mullin believes if this bill had been in place when Heaven was going through the C.P.S. system, she might still be alive.

Sometimes it takes something tragic, to bring about change.

“This is something that probably should have happened a decade ago,” bill sponsor Del. Mike Mullin said.

The "Heaven's Law" bill is now heading for a vote by the full House of Delegates. Heaven was just 11-years-old when she died. 13News Now's investigation showed Heaven's family had a history with child protection in Minnesota. When the family moved to Virginia, C.P.S. here got involved last February but kept the little girl in her mother's care.

Officials won't say if C.P.S. workers here knew about that history in Minnesota. It was uncovered that there's no requirement to check with social services across state lines.

The legislation moving to the House would change that. It would mandate every child protection worker in the state check the registries of other states to look for complaints of abuse or neglect. They'd be required to go back at least five years.

Mullin doesn't expect opposition for the floor vote and is now also working to get support on the Senate side.

“One of the things that we've been doing is sharing a lot of the stories that you guys have been showing on television and I think that tells a great story for people who might not be familiar with Heaven,” Mullin explained.

Getting the bill to the Governor's desk means "Heaven's Story" could soon become "Heaven's Law."

“What you have brought to the table in terms of showing us this problem has been tremendous,” Mullin added. “I could not be more grateful for all of your work and I'm particularly grateful that now that we've brought this incident to everyone's attention that we're able to do something about it so that something like what happened to Heaven never happens to another child here in Virginia again.”

The full House vote should take place in the next few days.