Officers were on patrol when a vehicle passing by shot at the Hampton Police cruiser. It hit the car twice. No officers were hurt. 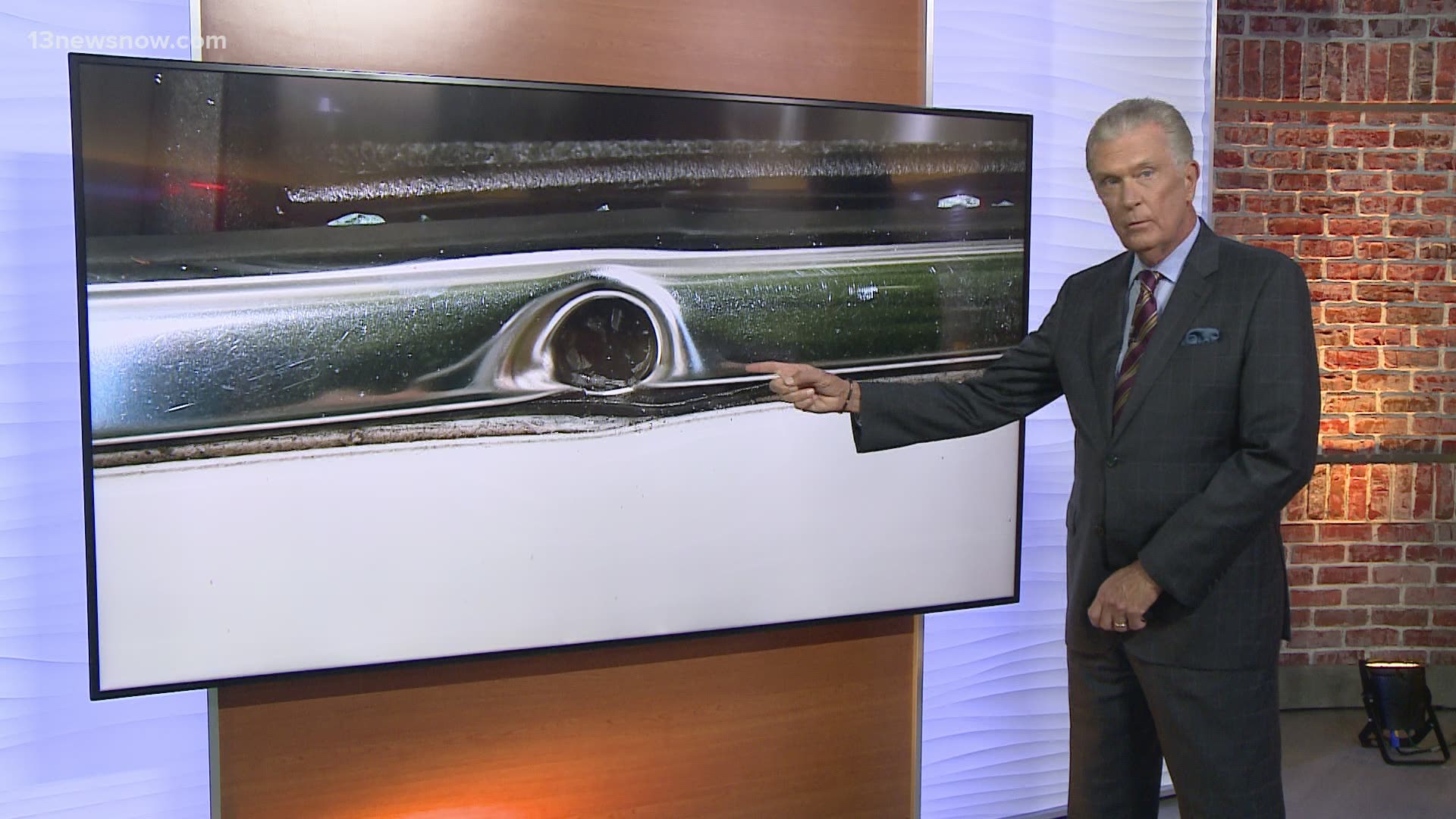 HAMPTON, Va. — Hampton Police is on the lookout for a vehicle that shot at a police car early Wednesday morning.

Around 1:58 a.m., officers were on patrol in the 700 block of Macon Road when a passing vehicle shot at an occupied police car.

The marked police car was hit twice by gunfire. The officers on scene followed the vehicle but the suspects got away. No one was injured.

“As they’re sitting there -- there were actually three units there at that time -- a sedan drove by. As the vehicle drove by the officers, two shots fired into one of the marked police units," said Hampton Interim Police Chief Kenneth Ferguson.

Hampton Police said it believes the officers were targeted. Police continue to investigate this incident.

“You got three police cars that sit out there. So you’re thinking that you’re safe and you're not," said homeowner Chris Pearson.

Pearson lives near Macon Road. She's concerned about the shootings near her home.

Ferguson said police officers will continue to patrol the area.

If you or anyone you know has information that will assist police, they are encouraged to contact the Hampton Police Division at 757–727–6111 or the Crime Line at 1–888-LOCK-U-UP. Tipsters can also send an anonymous tip by visiting our secure tip form at P3Tips.com.

1 / 4
Hampton Police Division
The Hampton Police cruiser was hit twice by gunfire early this morning. They are now searching for the culprits in the shooting police believe was intentional.