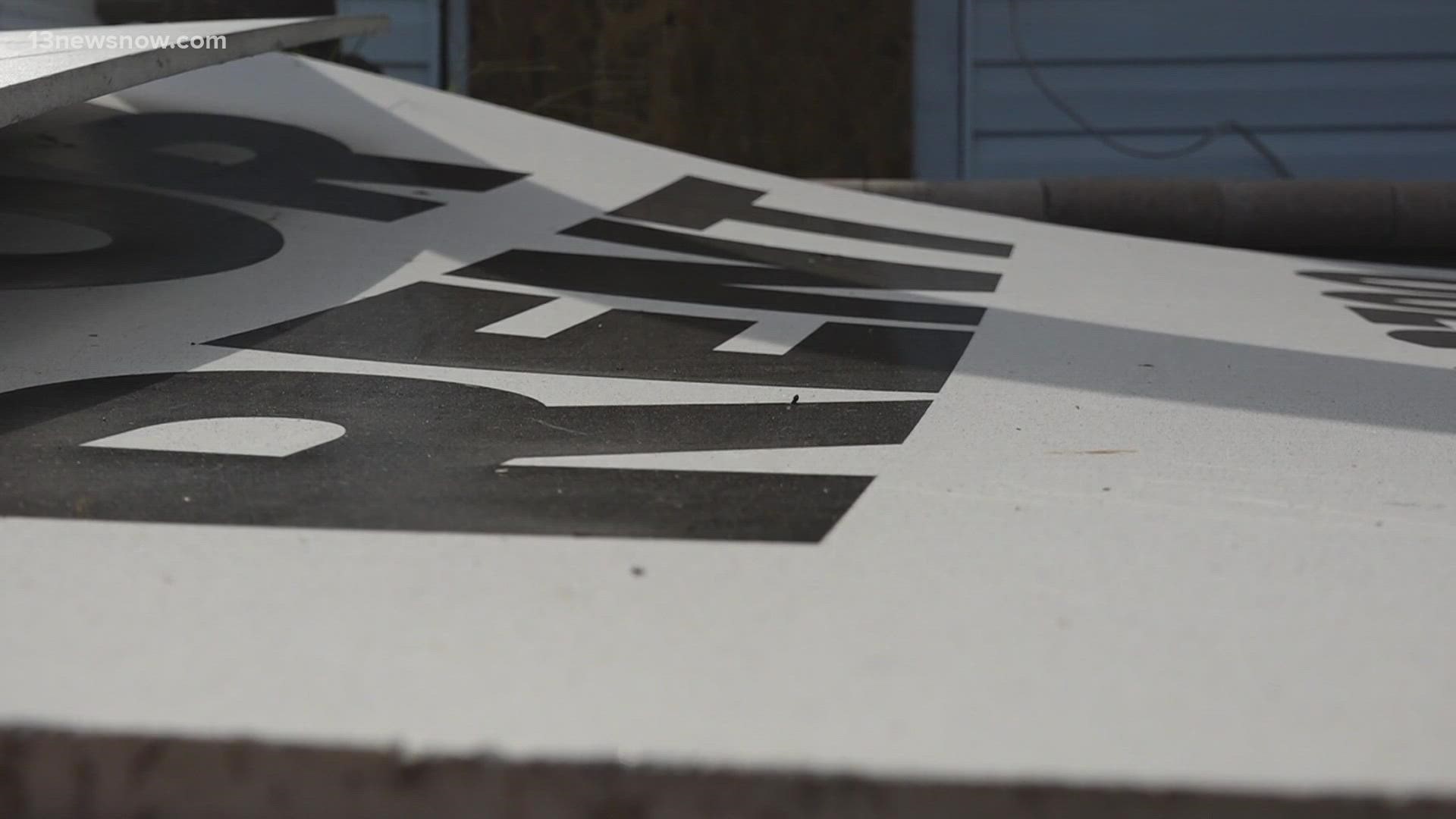 Joseph Robertson, who lives at a home owned by Merryman in south Newport News, told 13News Now that Merryman threatened to spit on him.

"He's called me a n------ a few times," Robertson. "Different threats, different racial slurs, one thing after another you know. It's always something with him."

Robertson, one of at least nine tenants who are summoned to court by Merryman for an eviction hearing on Monday, said Merryman has refused to fix the stove or provide heating for the house Robertson lives in.

"More people need to know how he really is and how he [treats] his tenants," Robertson said. "He's a little behind the times, I guess, need to catch up with the real world."

The lawsuit is the first pattern or practice systemic housing discrimination suit filed by the Attorney General's Office under the Virginia Fair Housing Law.

Herring is seeking $8 million in compensation for tenants, alleging that Merryman rented "uninhabitable" properties to them.

The lawsuit also claims Merryman threatened the lives of a Black female tenant and her minor children, leading to a protective order, and that Merryman told Black renters they should “go back to Africa.”

Merryman and his attorney did not respond to voicemails requesting comment Friday.

"He's done this to too many people, it was bound to catch up to him," Robertson said.