Police say a man was killed in the first shooting. At the second shooting, a man was taken to the hospital but died from his injuries, and a woman was hurt. 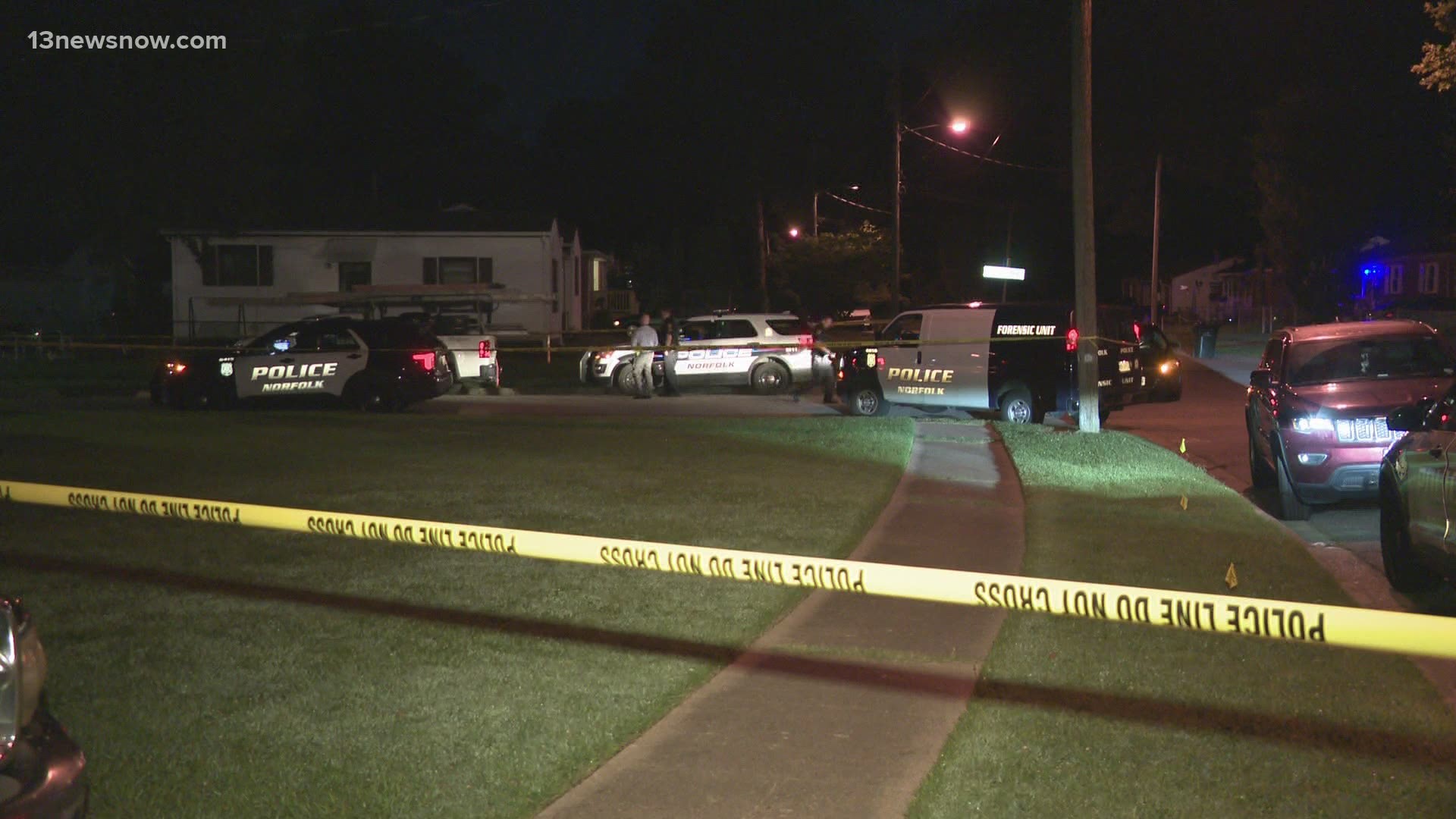 Police say they received the first call for the shooting around 10:40 p.m. in the 400 block of Woodview Avenue, in the Glenwood Park section of the city.

Officers say a man, later identified as 48-year-old Tridarrell Reap, of Norfolk, was pronounced dead at the scene.

Then about five minutes later, police were alerted to another shooting, this time in the 1500 block of Berkley Avenue. That's in the Campostella neighborhood.

Two people were taken to Sentara Norfolk General Hospital. Police said a woman was expected to be OK, but a man they found there had life-threatening injuries.

In a Thursday afternoon update, the Norfolk Police Department said the man, 22-year-old Jaivon Brittingham, had died at the hospital.

There's no word on the circumstances surrounding either shooting or any possible suspects at this time.

If you have any information about either of these shootings, please call the Norfolk Crime Line at 1-888-LOCK-U-UP. You can also submit a tip online at P3Tips.com.

#NorfolkPD is currently investigating a shooting in the 400 block of Woodview Ave. A man has been pronounced deceased at the scene. Call came in around 10:40 p.m. Submit a tip at https://t.co/fWb8wXvxe5 or call 1-888-LOCK-U-UP. pic.twitter.com/VPdeHTNf8Z

#NorfolkPD is investigating a shooting in the 1500 block of Berkley Ave. Ext.
2 victims were transported to SNGH,
1 victim w/ NLT injuries and 1 victim w/ life-threatening injuries. Call came in around 10:45 p.m. Submit a tip at https://t.co/fWb8wXvxe5 or call 1-888-LOCK-U-UP. pic.twitter.com/EUHbdQHFS2