Norfolk city leaders' plans to build a new arena are a step further to becoming reality after a state Senate committee advanced a bill to finance the facility. 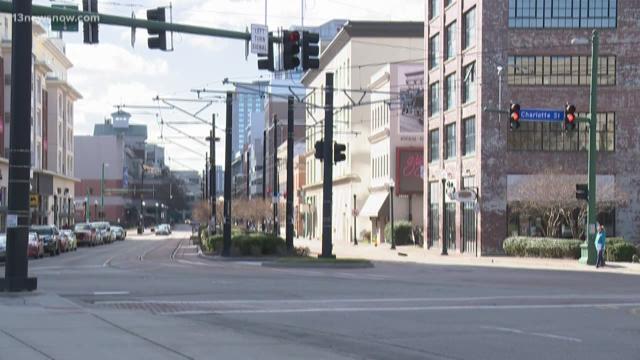 NORFOLK, Va. — In Mayor Kenny Alexander's State of the City address last year, he pointed out the city's plan to build a new arena. And with the advancement of one bill, Norfolk is one step further to getting one.

Senate Bill 787 was passed unanimously by the Virginia Senate Finance and Appropriations Committee with a vote of 16-0.

If the bill passes through the General Assembly, it would grant the city of Norfolk powers to construct an arena using state funds.

Chip Filer, the City Manager of Norfolk, said the region would benefit from having a larger arena.

"The feeling for the city is that there is a specific type of an entertainment-oriented arena that is missing for the region," said Filer. "We are missing shows here that we otherwise would be getting. We're missing an indoor venue."

Mayor Alexander touched on plans to build an arena in April 2019, citing that plans to expand the Scope Arena weren't viable.

SB 787 calls for an arena capable of seating at least 15,000 people. Filer said the city has not determined where it would be located as of yet.

"Everything is on the table, we have not included or excluded any possible locations," said Filer.

Another bill, House Bill 1102, would allow cities to come together to build a regional arena and Filer said he is open to the idea.

"Both bills are written with roughly the same language and regardless of how they progress through the General Assembly, even if it's the Norfolk-specific bill, the city is very open to discussing a regional collaboration of the arena," said Filer.

"If we end up taking a regional approach with the other cities, we would want some input from them as well as about where the location should be."

Plans to build an arena at the Oceanfront failed in Virginia Beach and now the city is in a legal battle with a developer that alleges the city refused to honor a legal commitment.

Old Dominion University just released the findings for its regional economic forecast where economists report that all seven cities of Hampton Roads would benefit from collaboration versus individual welfare.

Filer said it is still too early to determine a timeline for a new arena.