Police said the ambulance was leaving a fire station when a car hit it. The car's driver had been shot. Officers said they're investigating his murder. 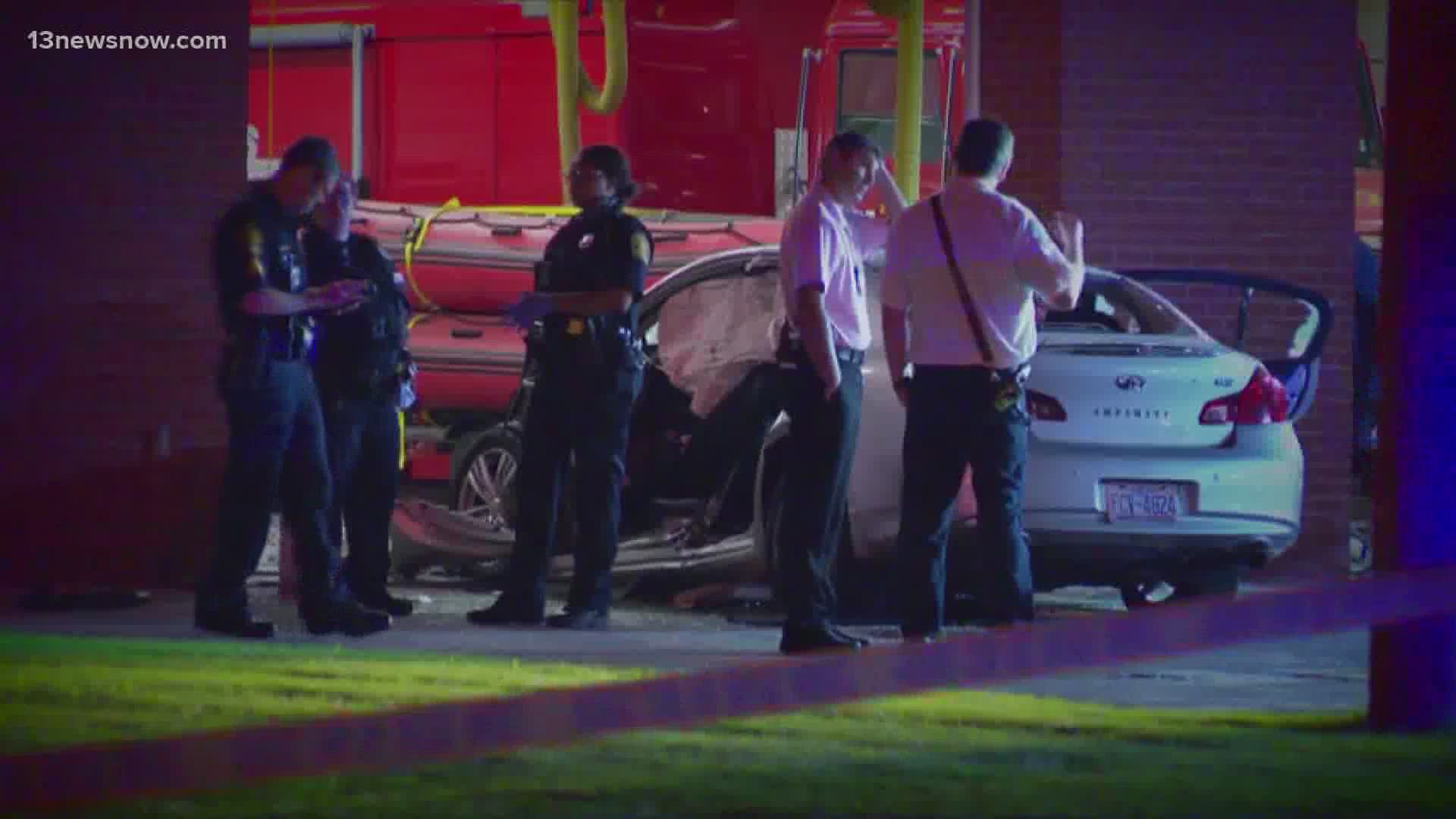 PORTSMOUTH, Va. — Portsmouth police said the driver of a car that hit an ambulance at a fire station Monday had been shot before the crash.

Two people were on the medical unit as it was starting to leave Fire Station 1, located at 1601 Effingham Street, shortly before 1:25 a.m. Monday.

The driver of the car, 21-year-old Tysheek A. Spivey, turned into the station's driveway and hit the ambulance head-on.

Two people who were on the ambulance ended up going to the hospital for non-life-threatening injuries.

Crews had to extricate Spivey from the car. Medics took him to the hospital where he died.

There was no damage to the fire station itself.

13News Now reached out to Spivey’s family. His mom said she’s too upset to talk at this point.

Officers are still investigating the circumstances surrounding the shooting, and at this time have not released a motive or any possible suspects.

Police said if you know anything that can help investigators, call the crime line at 1-888-LOCK-U-UP. You can also call the Portsmouth Police Department Major Crimes Unit at (757) 393-8536. Callers can also submit an anonymous tip through the Crime Line’s “P3 Tips” app.

Investigators said Crime Line tipsters are never asked to give their names or required to testify in court. If a crime line caller’s tip leads to an arrest, the recovery of drugs or stolen property they could be eligible for a cash reward of up to $1,000.