Police said they have arrest warrants on file against Louise Lucas, Portsmouth NAACP President James Boyd, a school board member, and several others. 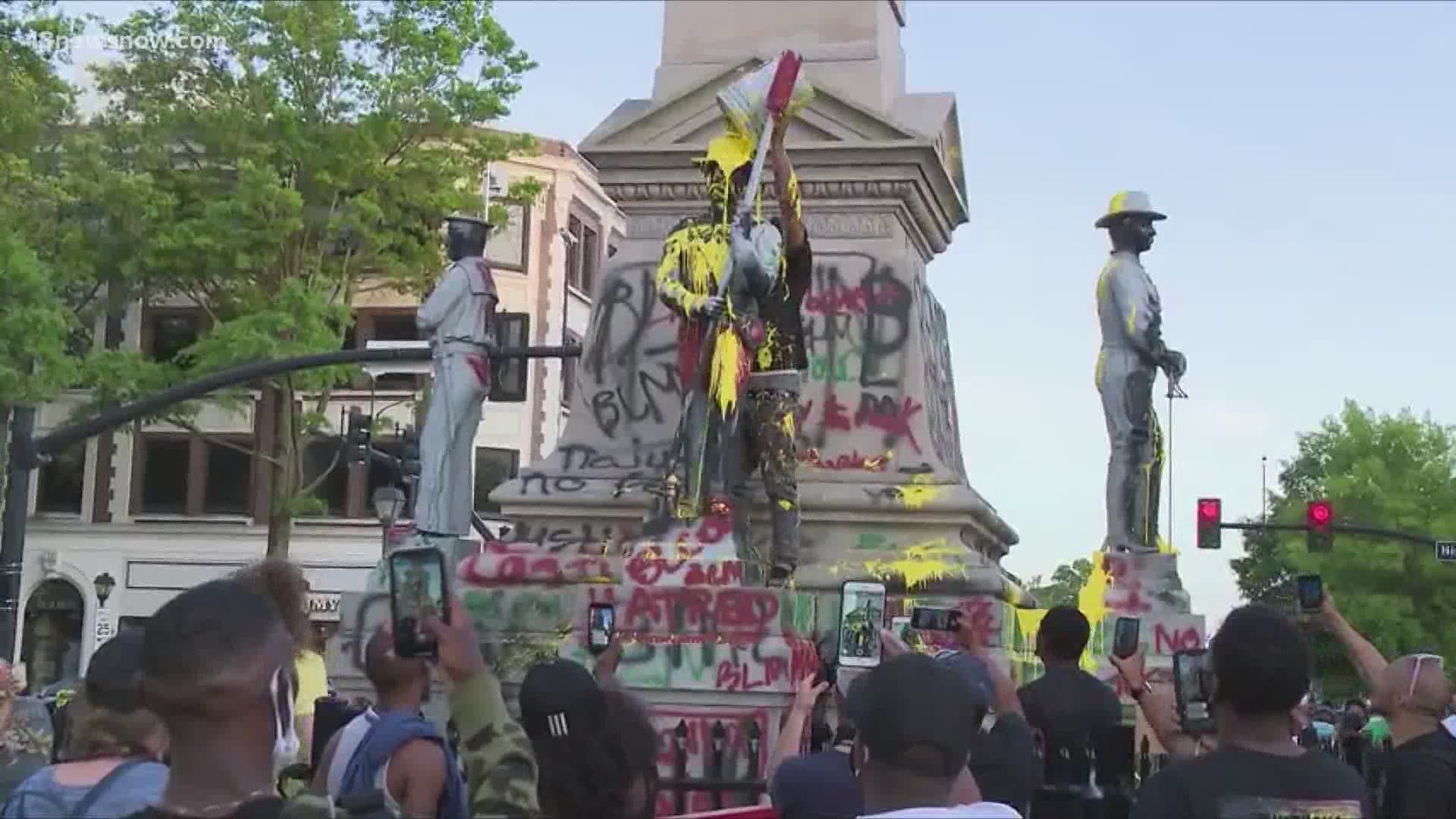 PORTSMOUTH, Va. — Editor’s Note: We removed six pictures released by police that originally appeared in this story at the request of the photographer.

Portsmouth police said they have arrest warrants against several people including State Senator Louise Lucas and a few members of the NAACP for their parts in a destructive demonstration at the Confederate monument in Olde Towne on June 10.

Police Chief Angela Greene held a briefing Monday afternoon to discuss the independent investigation that police conducted into the protest.

As a result of that investigation, Greene said Lucas and the others face felony charges, and Greene asked them to turn themselves in.

Those charged with Conspiracy to Commit a Felony and Felony Injury to a Monument in Excess of $1,000 are:

These people face a charge of Felony Injury to a Monument in Excess of $1,000:

We spoke with NAACP President Robert Boyd and member Louie Gibbs as they walked out of the city jail. They said they had been inside for two hours with other NAACP members.

"This was an injustice and we need to stand up and pay attention," Boyd said. "We don't have too much to say, but we will have a lot to say when the time is right."

Former Portsmouth Public Defender Althea Mease said she came to the jail to support the three public defenders charged with felony injury to a monument. She said all three turned themselves in. She also said they were released on their own recognizance, along with NAACP members.

"It's deeply troubling that on the verge of Virginia passing long-overdue police reform, the first Black woman to serve as our Senate Pro Tempore is suddenly facing highly unusual charges," Northam tweeted.

Northam then tweeted at Senator Lucas saying, "I look forward to seeing you in Richmond tomorrow—so we can get to work."

Delegate Scott went inside to speak with police but tells us no one would see him. He says Senator Lucas is in Richmond right now. He says Lucas will fight to clear her name. He called the warrants a policitcal stunt. #13NewsNow

The protest left the monument in the middle of Court Street heavily damaged. Some of the demonstrators pulled down one of the four statues that was part of the monument.

Greene said the people conspired and organized the destruction of the monument and summoned hundreds of people to the protest, which led to one person being gravely injured.

That person was Chris Green. He was hit by the statue that protesters pulled down. Green spent time at Sentara Norfolk General Hospital before he moved to a rehabilitation facility in the Richmond area where he is working with therapists.

Greene said the independent investigation started after several requests were made to look into the circumstances that led to the destruction of the monument and Green's injury.

She said the Portsmouth Police Department is trying to identify more than a dozen other people connected to the incident.

1 / 7
Portsmouth Police Department
Portsmouth police said they needed help identifying more than a dozen people who were at a protest at the Confederate monument in Olde Towne on June 10, 2020.

Greene said that investigators are asking anyone with photos or video footage taken on June 10 to send them/it to police through this link.