There are a few quick ways to check for leaks that could be contributing to a higher water bill. 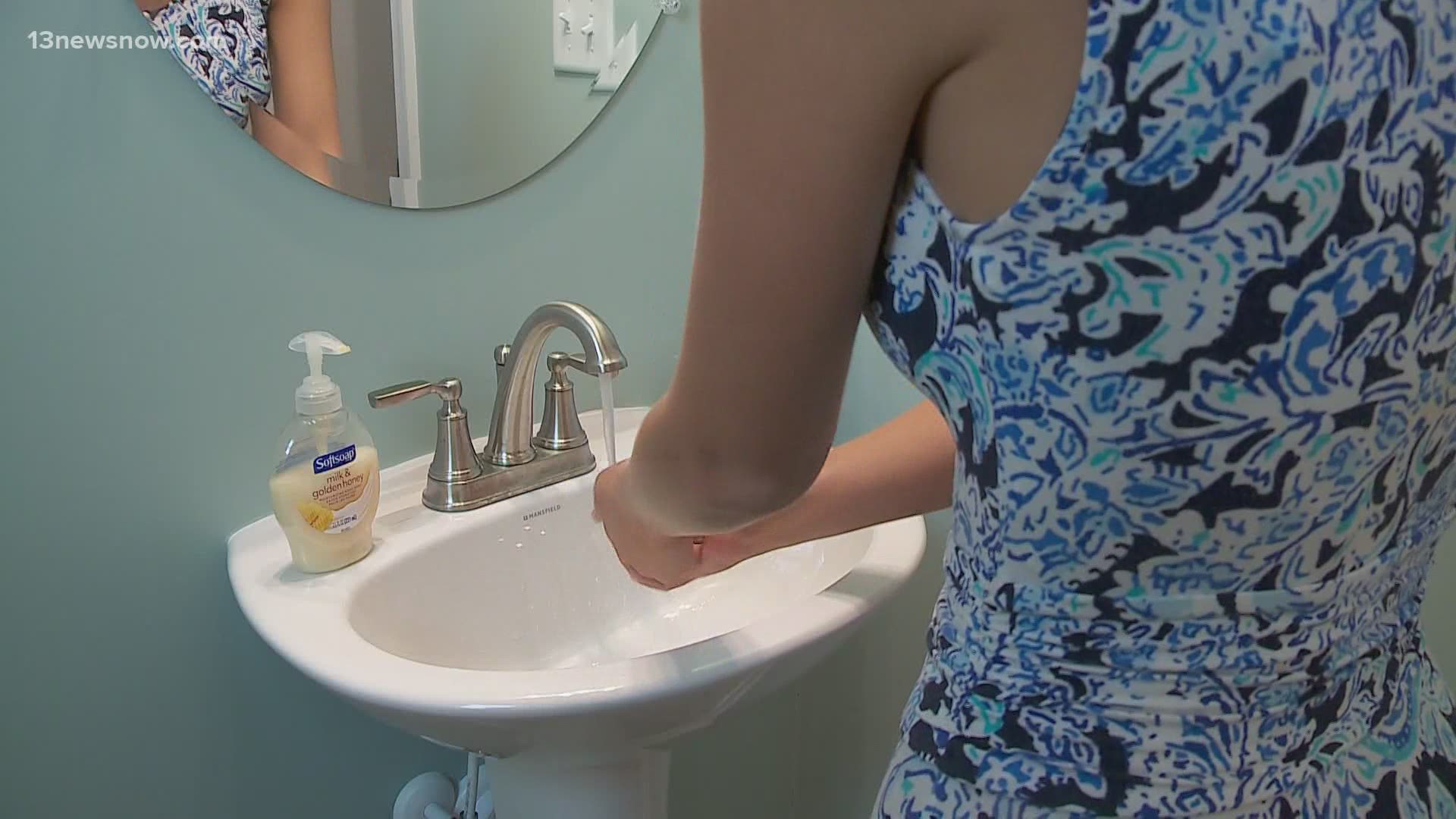 SUFFOLK, Va. — Some Suffolk residents tell us they are seeing huge spikes in their water bills recently. Many are wondering where the charges are coming from.

Christmas Cypress was excited to move to Suffolk this summer until she got a $492 water bill.

She lives in a brand-new house with her husband and two children. Their first water bill was $172, with 5,000 gallons of usage. She said the second bill showed they somehow used 21 CCF, more than 15,000 gallons of water.

“15,000 gallons of water, which is a pool in somebody’s backyard,” Cypress said.

Cypress doesn’t have a pool. She’s also not alone in having a higher than normal bill.

She found a Facebook post in a Suffolk community group where over 200 people are complaining about their recent water bills. Chris Willis posted problems with his August bill.

“They are saying that we used 33 CCFs of water and when I called, they said our average is 7 to 9,” Willis said.

Willis said he called city public utilities and they said his meter was verified. He said they told him to check for leaks, he didn’t find any. He’s stumped on how his family of five used 24,000 gallons of water.

“I mean our options are either pay it or get our water shut off, and that is not an option for us,” Willis said. “So, we just paid it.”

Willis said he received his new bill on September 2. He said the bill was only $270. He said his household hadn’t changed a thing and he wants answers.

Seven miles away from Willis’ neighborhood, Jody Smith has been trying to sort out two bills that arrived in the mail, both over $1,000.

Smith said her bill is usually around $170. She says the bills spiked in July and she’s been trying to figure it out ever since.

Some Suffolk residents tell us they are watching every drop of water after seeing huge spikes in their bills!Below is an almost $800 water bill that one resident says was definitely not in the budget. A look at the claims @ 11 #13newsnow pic.twitter.com/nxJQUw8sMV

City of Suffolk spokesperson Tim Kelley said public utilities is aware of some marginally higher water bills, due in part to more people working from home.

“It varies in the summer because there are people that maybe wash their cars at home, have swimming pools, things like that,” said HRSD Director of Communications Leila Rice.

Rice said bills can be influenced by the season, irrigation, potential leaks, and how someone uses their water. Do they turn the sink off while they brush their teeth, or do they leave it running?

She said there are a few quick ways to check for leaks that could be contributing to a higher water bill.

One way is to check your water meter. Turn off all of the water in your home. Next, watch the meter and see if it begins to change. If it does, there’s likely a fast-moving leak somewhere in your home.

Another way is to check your toilets for leaks. Add a few drops of food coloring into the top of your toilet tank. If that color drains into your toilet bowl without flushing, you have a leak. It’s likely a problem with the gaskets in the tank.

Also, check outside spigots for leaks. It’s a place someone may not check as often.

“There shouldn’t be a leak in my house,” Cypress said. “It’s a brand-new house.”

The Suffolk Department of Public Utilities asks that anyone with unusually high water bills call their customer service department. They can reach them at 757-514-7000. 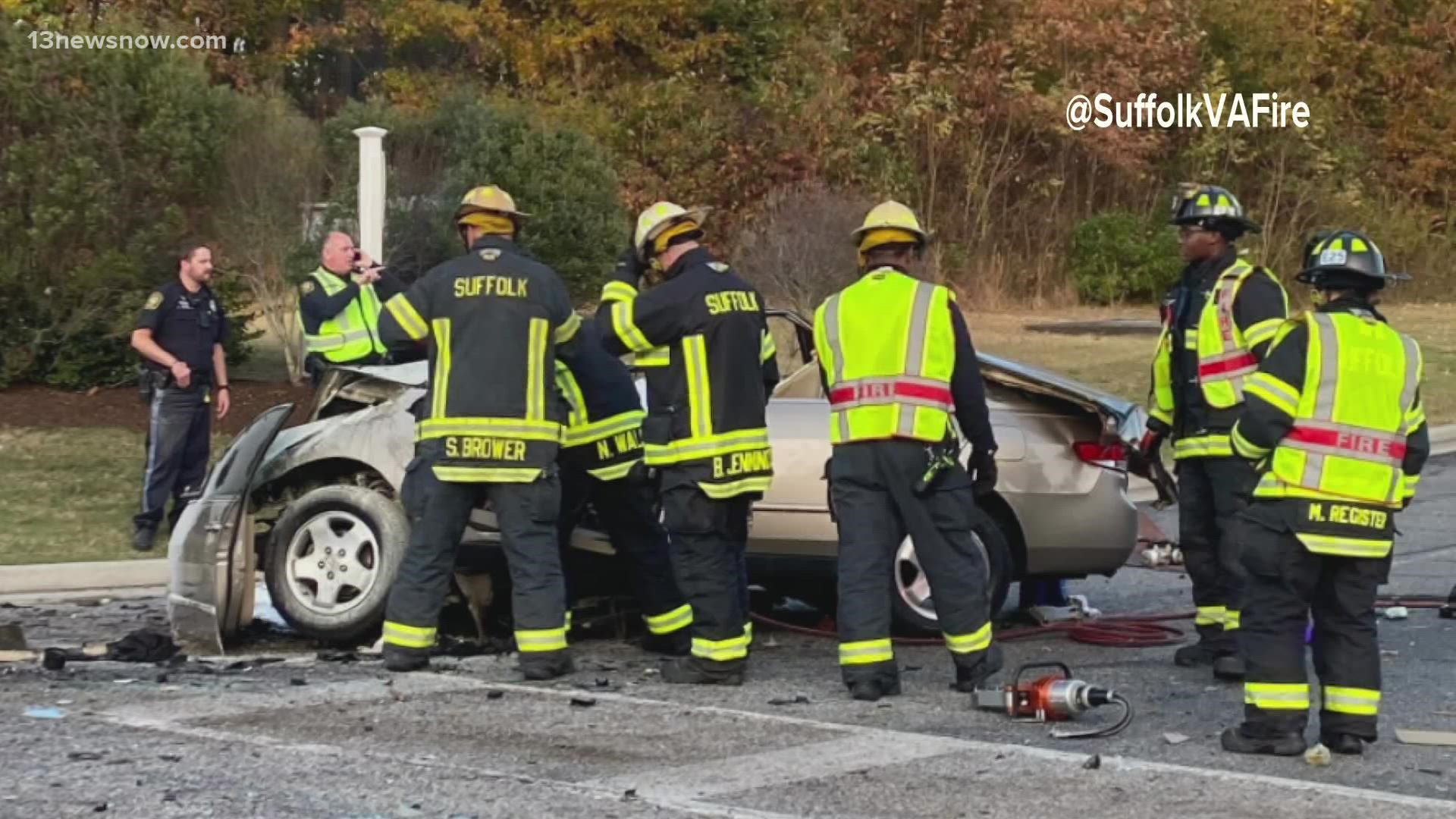