Police identify man shot in confrontation with officers in Suffolk

Andrew Brock Jr. was hurt during a shootout with officers in Suffolk. He was wanted after he broke into his ex-girlfriend's apartment in Smithfield and shot a man. 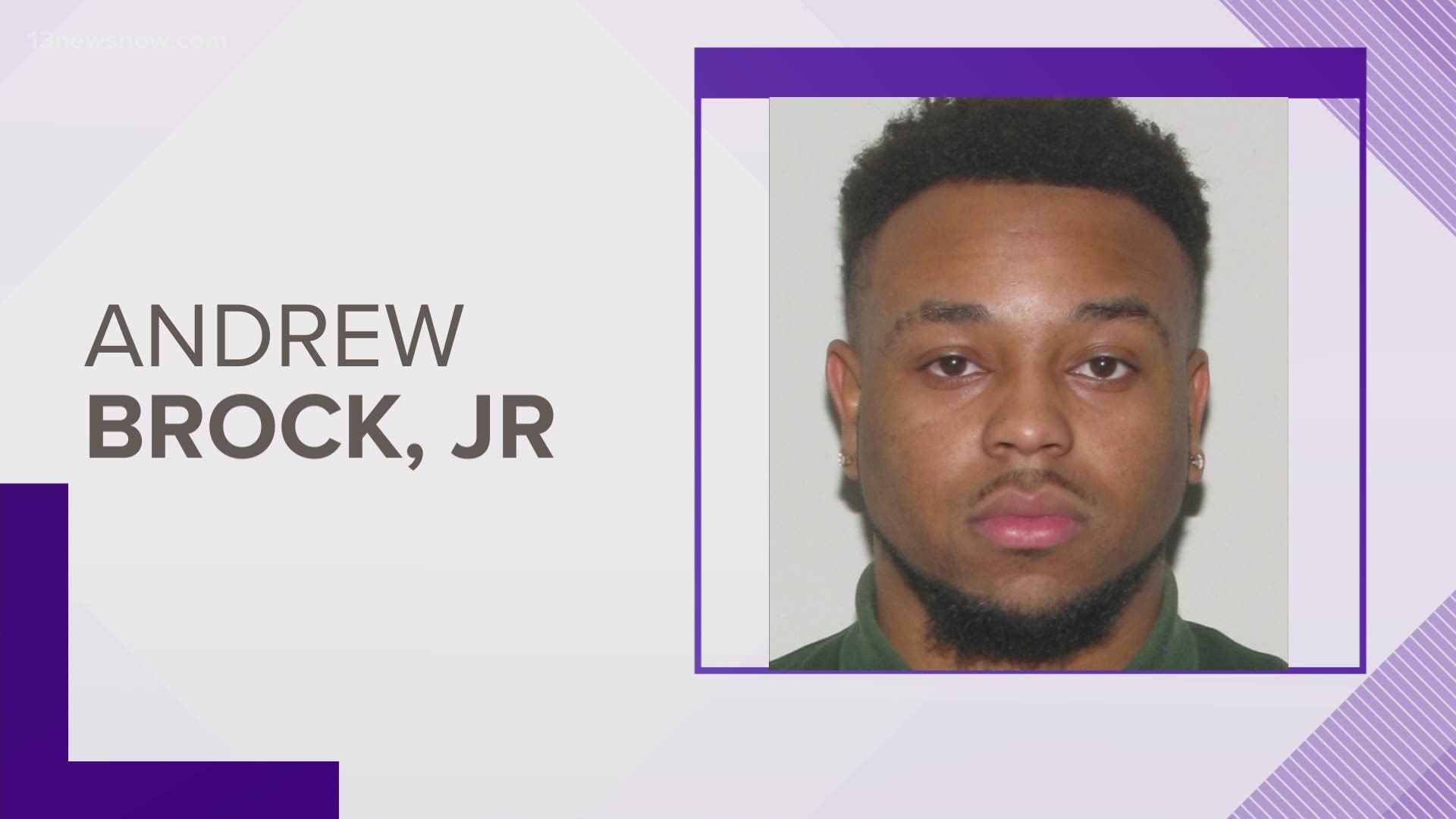 SUFFOLK, Va. — Police say a wanted suspect was shot after exchanging gunfire with officers on Wednesday.

According to Suffolk Police, the police shooting happened in the 5500 block of Godwin Boulevard/Route 10 around 7:30 p.m.

Officers were looking for Brock who was wanted out of Smithfield for storming into his ex-girlfriend's apartment and shooting another man. Police said they found him armed and shots were exchanged.

No officers were injured in the shooting, but Brock was hit. He was airlifted by Nightingale to the hospital with serious injuries. He remains hospitalized in stable condition.

Police said he was wanted on charges of Burglary of a Residence, Discharging a Firearm in Occupied Dwelling, Malicious Shooting, and Displaying a Firearm in a Threatening Manner.

The officers involved in the shooting are currently on paid administrative leave, pending the outcome of the investigations.