A Suffolk police spokesperson confirmed the accident happened where the new Amazon robotics fulfillment center is being built. 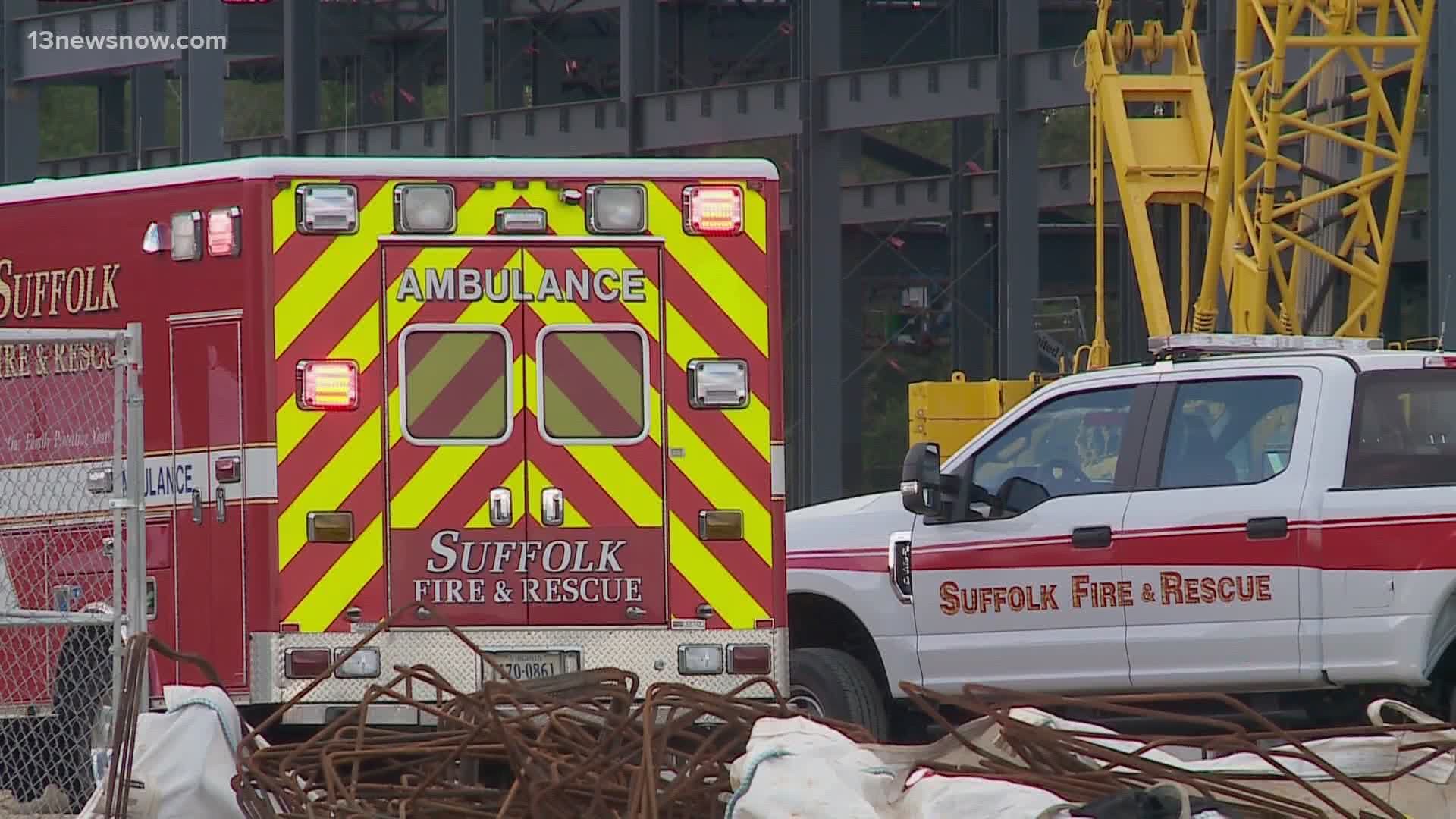 SUFFOLK, Va. — Two people are dead and other workers were initially unaccounted for after an industrial accident on August 29.

On September 4, Suffolk police identified the victims as 32-year-old Salvador Jovel Serrano of Honduras, and 34-year-old Jose Roberto Cuevas-Macias of Mexico. Police said their families had been notified.

Suffolk Fire & Rescue and Suffolk police responded to the accident in the 2000 block of Northgate Commerce Parkway.

City of Suffolk spokesperson Tim Kelley confirmed the accident occurred at the site where the new Amazon robotics fulfillment center is being built. It was called in around 2:13 p.m.

Emergency officials confirmed two people had died, but after an extensive search effort, emergency responders determined that no one else was missing.

"No additional victims were located. Additionally, there were no injuries reported and no other victims were part of the incident at all," said Kelley.

The multi-story robotics fulfillment center was currently under construction and expected to be finished sometime next year. The facility would house more than 1,000 workers. 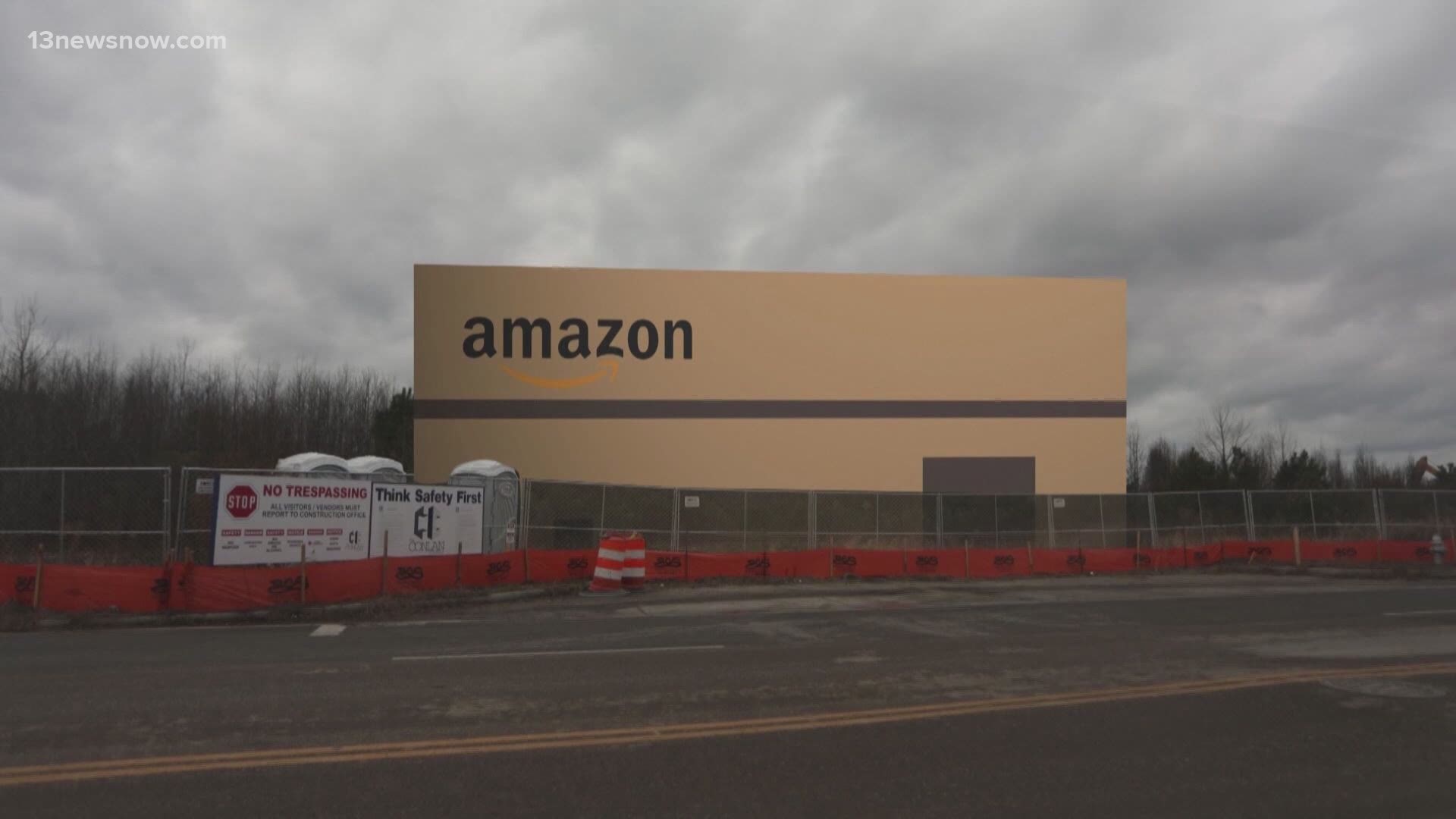 The Suffolk Police Department is looking into any foul play in the incident.

"In regard to the Suffolk Police Department, their investigation will continue if there would be, certainly no one has speculated at this time any criminal actions that led to the incident and that’s up to them to determine," said Kelley.

OSHA will lead the investigation into the accident.

Two confirm dead and rescue operation are underway for other workers. “Suffolk Fire & Rescue and Suffolk Police are currently on the scene of an industrial accident which occurred in the 2000 block of Northgate Commerce Parkway” pic.twitter.com/ewJlChY2mY

This is a breaking news story. We'll update it as new information comes in.