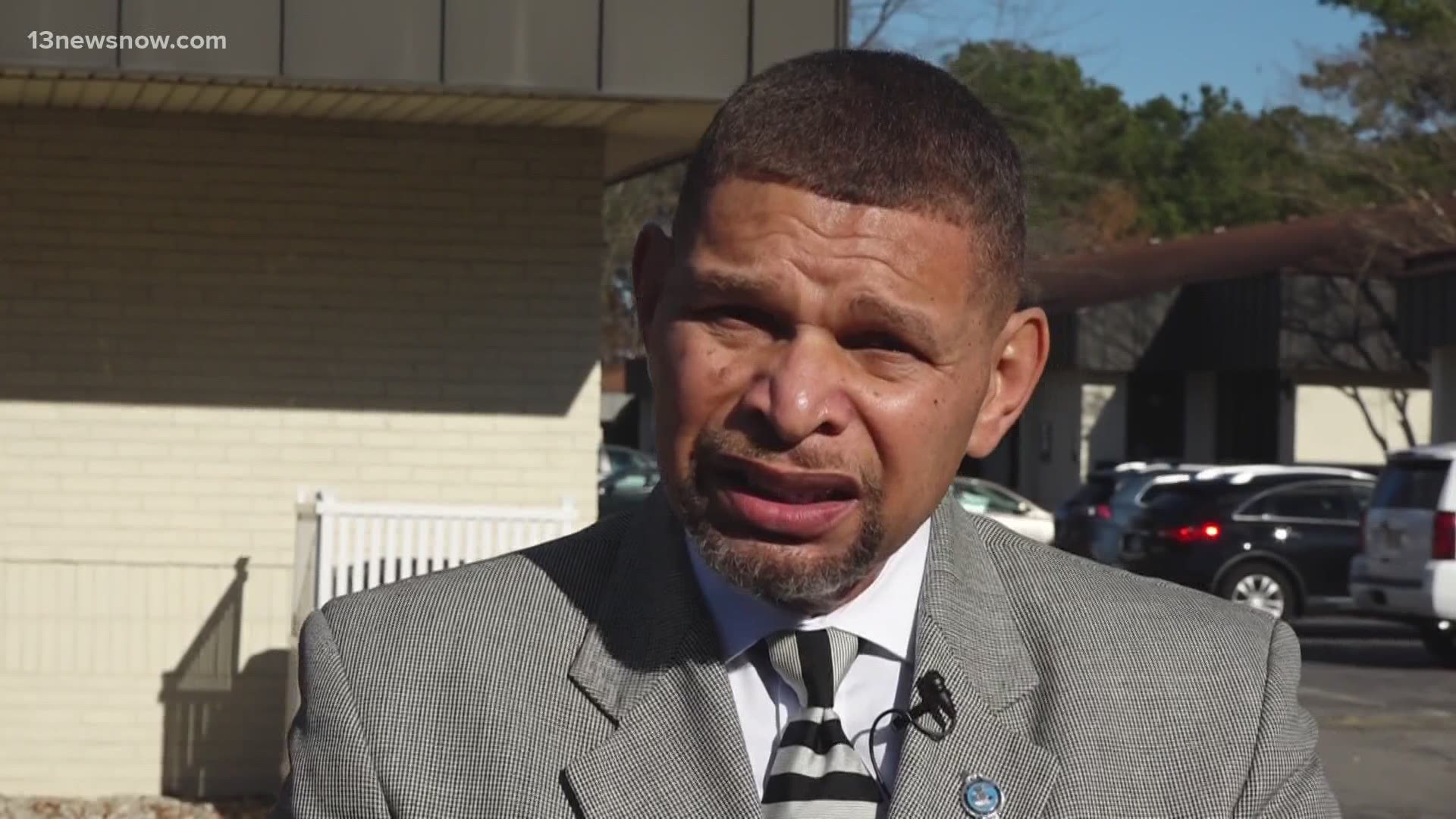 VIRGINIA BEACH, Va. — Protesters said the Virginia Beach Police detaining the wrong man is another example of systemic issues within the department, while a former Virginia Beach officer and Petersburg Police Chief said the video shows “internal challenges” that need to be fixed now.

Jolicia Ward, carrying a Black Lives Matter flag, was kicked out of the Lynnhaven Mall Monday night after protesting the wrongful detention and handcuffing of Jamar Mackey.

This year, she’s sent a dozen examples of what she calls “systemic problems” within the Virginia Beach Police Department to Attorney General Mark Herring’s office to review.

“We request for a third party to come in and take a look at what’s going on, this should not have come down to this gentleman eating for them to actually respond and put out a public apology," Ward said.

She's asking for a pattern and practice investigation.

"At this point, we’re just frustrated because for the last seven months we’ve been saying over and over again wait, these are the issues that are going on," she said.

The video of Mackey disturbed Kenny Miller, a former Virginia Beach police officer of 35 years who just retired as Petersburg Police Chief. He said advocates are right to ask why the Virginia Beach Police Department hasn’t made substantial changes this year.

“When, how long, or do we have another event then we come back and protest again and apologize and say – how long," Miller said. “You can’t cure everything but you can care.”

“There’s a melting pot of people saying enough, so when do we listen to the people," he said. “They want to be heard and they’re tired.”

Ward and Miller both describe it as frustrating, with a lack of care for advocates’ concerns.

“This has been an ongoing issue and there just has to be some type of intervention somewhere in between," Ward said.

Miller said in his former police department, these officers’ actions would be unacceptable.

“It’s not going to go away until you become transparent and the breach of trust that was ripped apart becomes sewn back together again," Miller said. “You can have all the policies in the world, but culture eats policies for lunch. I’ve heard that said. I say leadership changes culture.”

Virginia Beach Police are investigating the incident to determine if the officers were justified in detaining and handcuffing Jamar Mackey. Chief Paul Neudigate apologized to Mackey on Monday, saying "we could've done better."