The Virginia Beach City Council voted unanimously on Thursday to remove the monument. The statue will be kept in storage until a permanent place is found. 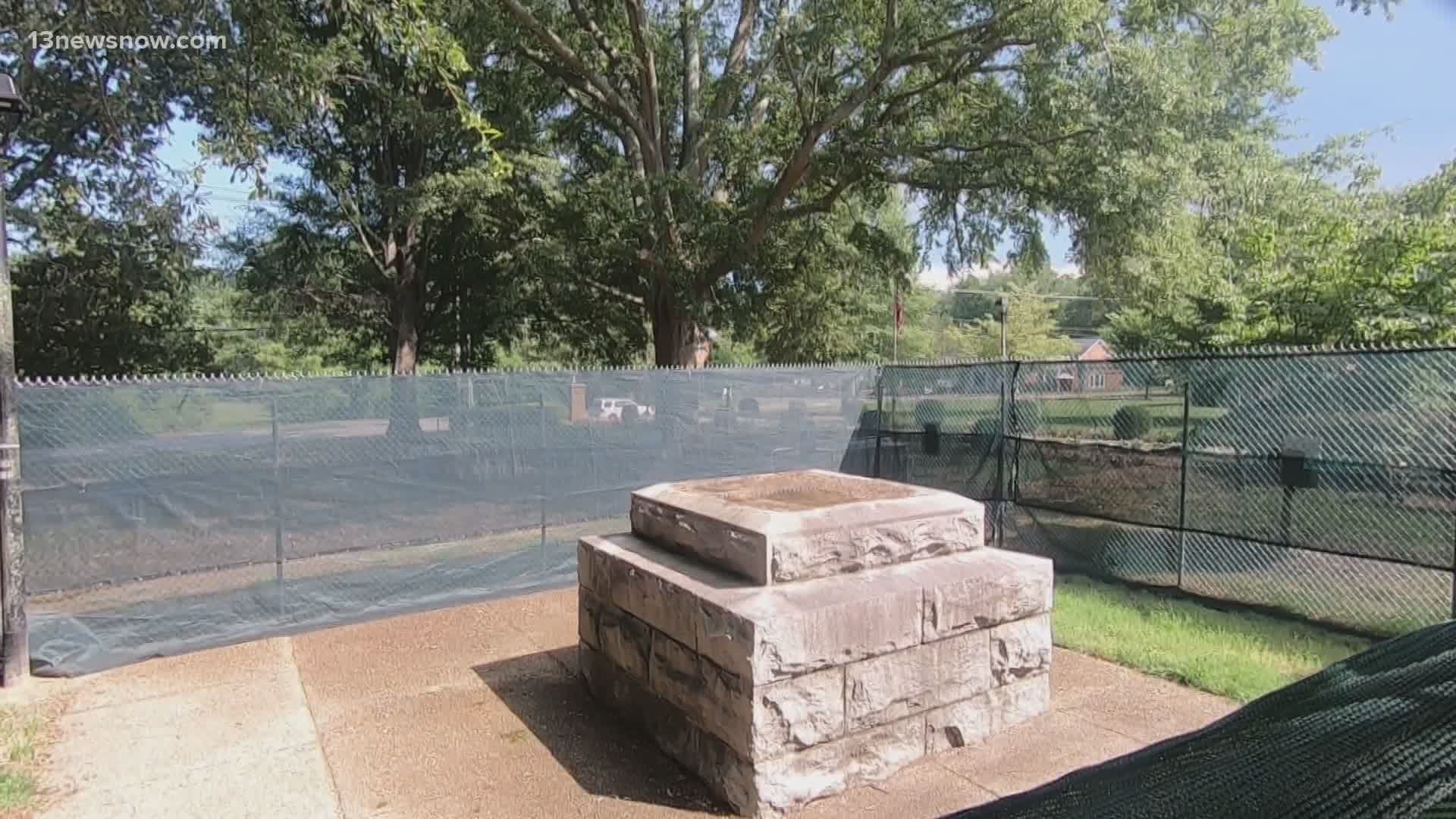 The monument has stood at the Old Princess Anne County Courthouse since the early 1900s.

The City Council voted on Thursday to move forward with the legal process of removing and relocating the statue. During the meeting, many people voiced their concerns. Some said they support keeping the statue or moving it to a museum or private farm.

The statue had been completely covered, and a locked gate was erected around it following recent protests and acts of vandalism at other Confederate monuments.

The statue will be kept in storage while City Council solicits proposals from museums and other organizations that may want to take possession of it.

James Craven a Minnesota resident visiting family in Virginia Beach, was one of the few people who watched the statue come down.

"These statues are symbols of repression and very hurtful for the African community, they need to come down," said Craven.

Others, who asked not to be identified, said they realized crews were taking down the statue as they drove past.

"To see that happen, to see it gone now, I mean, it's a start. You know that's change."