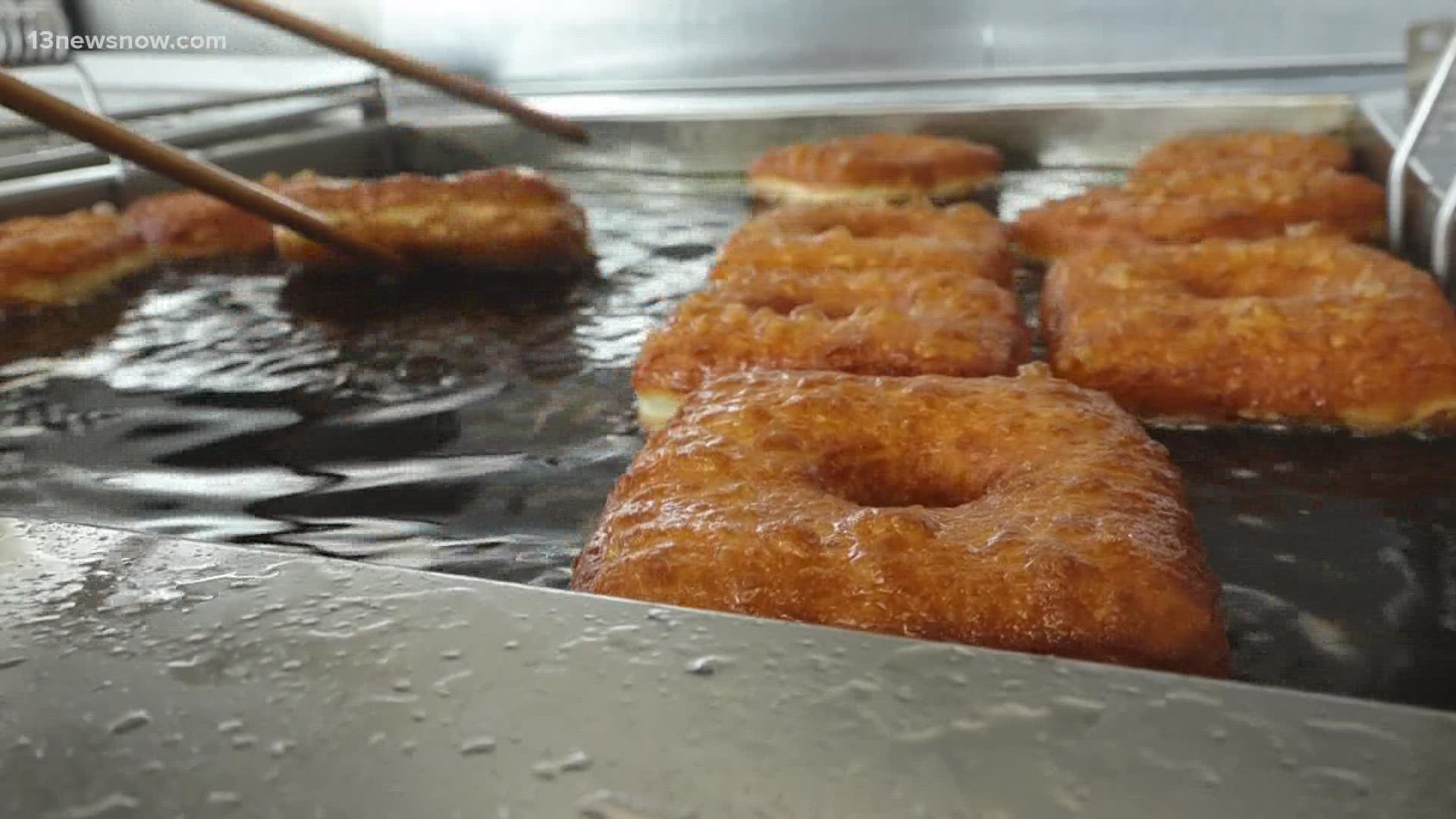 VIRGINIA BEACH, Va. — If you've been in Virginia Beach for a year or longer, you are probably familiar with the ice cream shop near the Oceanfront known as Lolly's Creamery. The little blue building is iconic for many locals. Now, the owner, Joey Launi, is taking on a new venture that he says has been in the making for years, a donut shop.

"The name was debated over for months, months, and months. And it was finally our manager Rachel who said, "What about Okie Doughkie?" Launi laughed as he imitated Rachel's smile. "We feel like the fun, silly, friendly vibe is what we wanted to have in Okie Doughkie," continued Launi.

Okie Doughkie Donuts is located in a trailer in the parking lot of Lolly's Creamery. It's a simple menu, a simple location, but keeping it simple doesn't mean the taste isn't outrageously good.

"We serve a hot, melt in your mouth glazed, yeast donut. We serve something that's not very common, or in the state of Virginia, we serve a croissant donut. It's called the Holy Fryer. It's one of the most decadent, delicious items you can get. It's a croissant donut; we roll it in a signature cinnamon sugar to crust the outside, we fill it with a special custard. You've got to try it to believe what it tastes like," Launi was smiling ear to ear as he gushed over his products.

If those options don't interest you, they also serve donut holes, and they are looking to expand their menu even further in the coming weeks. "We're excited to bring a little bit of Lolly's culture into Okie Doughkie as well, so we are working on experimental rotating flavors. We've got Boston cream in the works. We are about to release an old-fashioned cake donut. We think that rotating is what keeps people coming back and makes them excited," Launi explained his vision for the menu.

One thing you can get now with your morning donut is your morning coffee. "Our beans are from canvas coffee in Newport News, and you can get our cold brew black or our signature which is called our glazed coffee," he smiled. The glazed coffee is where it's at if you like a sweeter brew in the morning. This iced coffee is sweetened with their signature donut glaze, making it unique to just Okie Doughkie Donuts.

Joey Launi says the biggest blessing of all is the community and how they've welcomed him and his business ideas. He said he's excited to keep bringing residents more sweet treats as the years continue. "We feel like Okie Doughkie is something special, and we want to share it with as many people as we can," he smiled.