Flashback: What exactly was 'The Dome' that once stood at the Virginia Beach Oceanfront?

For 25 years, it's been a parking lot between 18th and 20th Streets by the Oceanfront. But many remember it as The Dome, a concert venue and entertainment center. 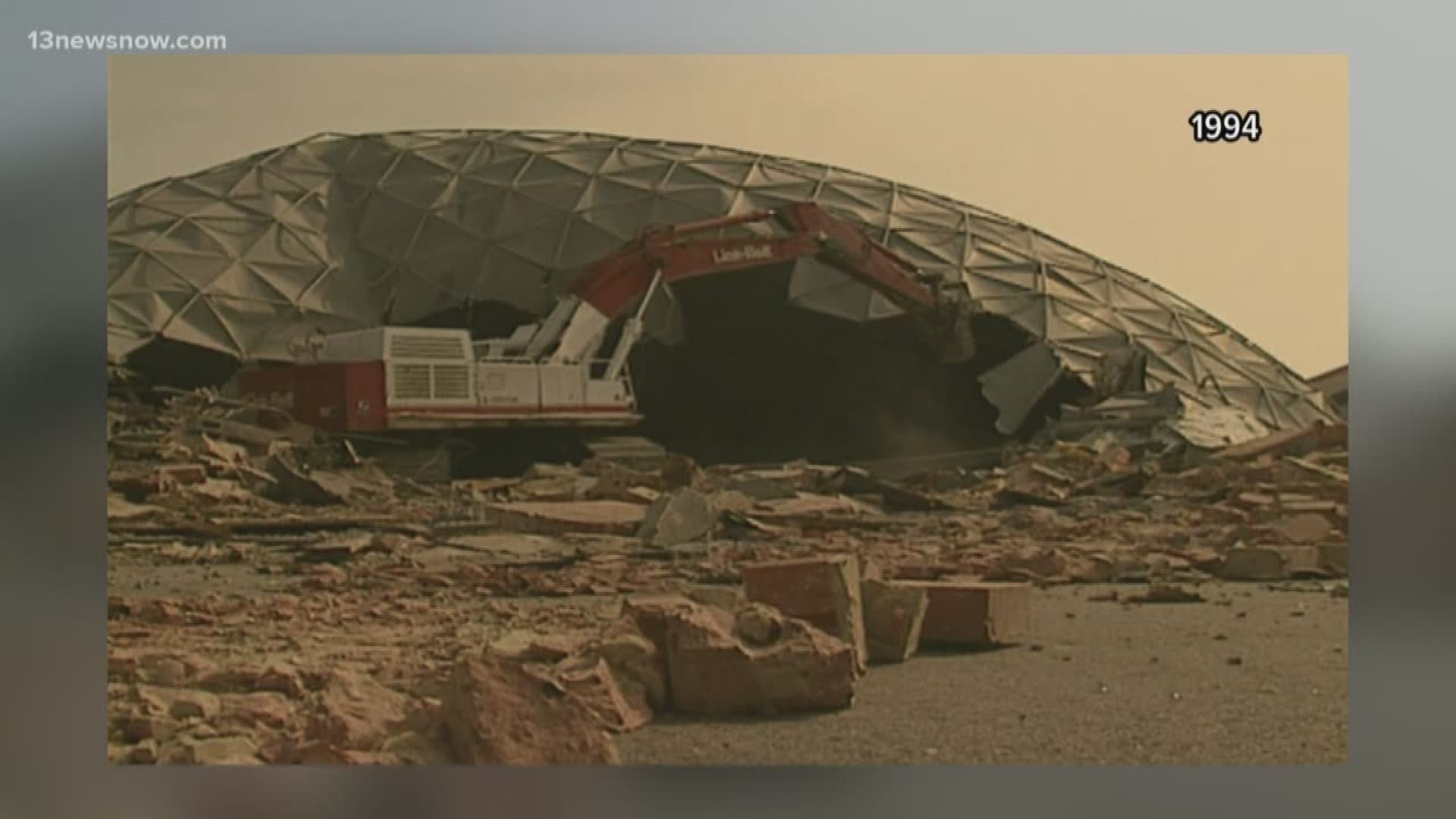 VIRGINIA BEACH, Va. — Much has been discussed on what to do with the Virginia Beach Dome site. Right now it's a vacant lot found near the Oceanfront, between 18th and 20th Streets.

For many, that's all they've ever known 10-acre site it to be; the land has been undeveloped for a quarter-century.

But before that, it used to be the location of a distinctly designed convention center that saw many famous musical acts over its history. The Alan B. Shepard Convention Center was built in 1958 as a geodesic dome auditorium. The name was later shortened to the Virginia Beach Civic Center but became best known by its unofficial name: The Dome.

For 35 years, The Dome saw many famous musical acts including Louis Armstrong, Jimi Hendrix, the Rolling Stones, and Ray Charles. The final act at The Dome? Three Dog Night on June 30, 1993.

But even years earlier, the city struggled with what to do with The Dome.

While it was considered an engineering marvel and the first building of its kind in the country when built in 1958, by the 1980s the city was looking for ways to improve and revitalize the aging golf-ball like structure. Plans to convert it into a bus and transportation center fell apart in 1986, and eventually, it was decided the best thing to do was to raze the structure and rebuild from scratch.

The Dome was demolished on September 9, 1994.  In its place was dirt and gravel, and in the 25 years since, not much else has changed.

But city leaders are hopeful, as developer Venture Realty Group is working with Virginia Beach to turn the old Dome site back into an entertainment epicenter.

Plans are set to build a multi-use, residential and entertainment complex at the property. It would include a Wavegarden Surf Park, a state-of-the-art live entertainment venue that 3,500 people can fill, stores, restaurants and hundreds of residential units.

Originally, this idea was the brainchild of Pharrell Williams who wanted to develop a surf park near the Oceanfront. He partnered with Venture Realty to make turn it into a reality.

As the planning and approval process continues to make its way through city council and the Virginia Beach Development Authority, some hope that finally, after decades lying dormant, the fun and entertainment will return once again to the old Dome site.