People came to "fill the hill" at the demonstration. Ministers who hosted it encouraged everyone to fight injustices in a peaceful and purposeful way. 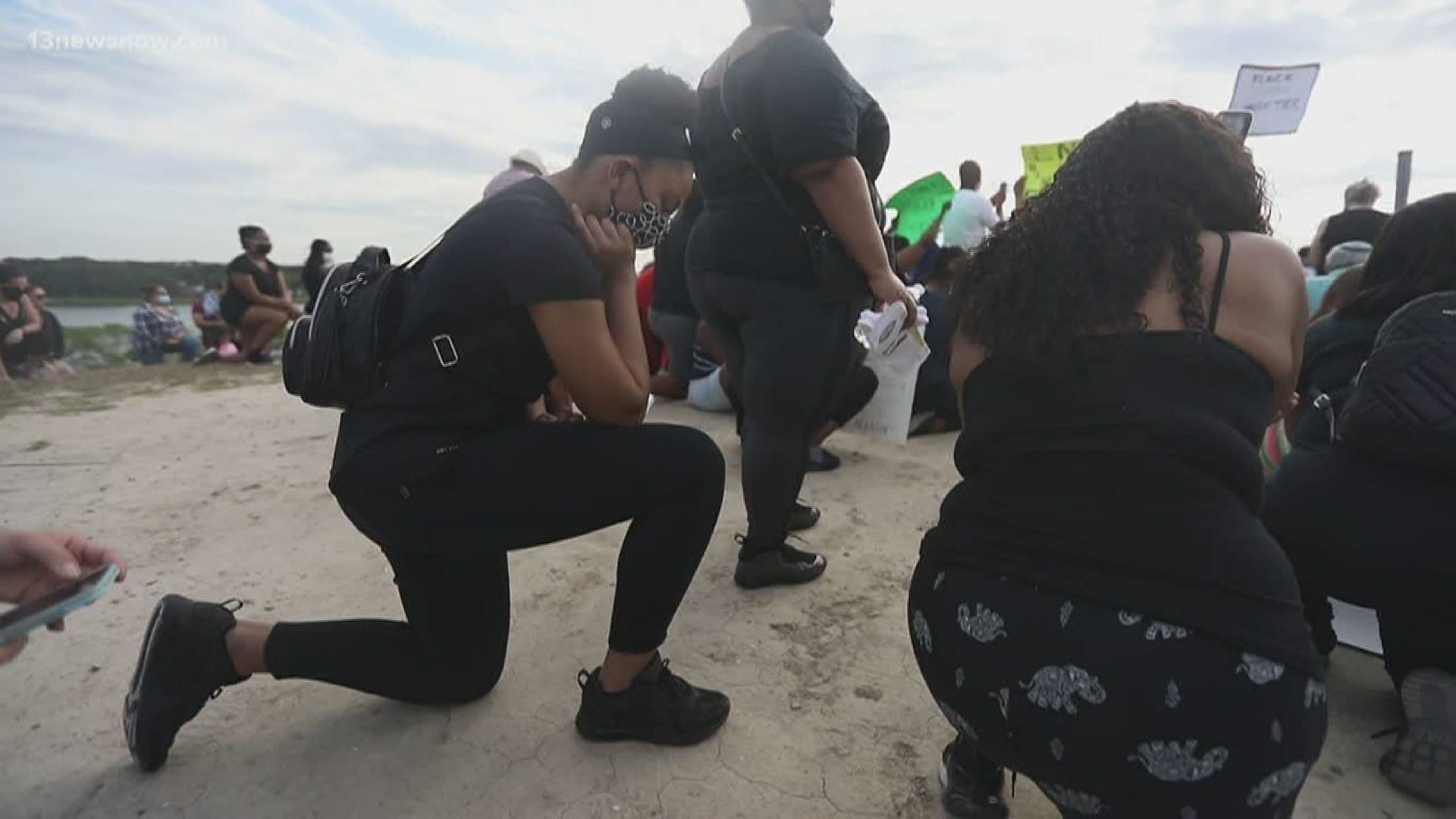 VIRGINIA BEACH, Va. — One of Virginia Beach's best-known landmarks became the site of a peaceful protest which encouraged people to end racism, police brutality, and injustices.

The ministers who staged the event at Mount Trashmore encouraged people to do it in a peaceful and purposeful way, the same way they approached the demonstration.

People were looking to "fill the hill" at Mount Trashmore in response to the death of George Floyd who died after a Minneapolis police officer knelt on his neck for nine minutes.

Many of the people at the protest took to a single knee in remembrance of Floyd.

Their message was clear, powerful, but most of all peaceful.

“We disrupt by standing on a hill, lifting our voices and letting everybody know that we will be silent no more,” said Pastor Jason Knight.

Knight is a part of the Virginia Beach interdenominational ministers conference who organized the gathering.

“Pain that we are feeling affects everybody,” Knight said.

Knight asked people to lift their voices for the voiceless.

“We cannot continue to stand by and not act,” said Congresswoman Luria.

FILL THE HILL: A large group of about 200 people are peacefully protesting on top of Mount Trashmore. #13NewsNow pic.twitter.com/67giiDc0JZ

The demonstration Tuesday was one of many in Hampton Roads to take place within the span of days. One of the largest ones took place at the Oceanfront on May 31.

Black Lives Matter 757's #BlackOut757 protest drew hundreds of people. The crowd began gathering at Rudee Loop and made its way up Atlantic Avenue and through some other streets at the Oceanfront. Much of it was peaceful, but at one point in the night, some people who were there started breaking into businesses, looting, and starting fires.

The Virginia Beach Police Department used tear gas to break up smaller groups that would not leave after the vandalism started.

Officers arrested several people. The estimated damage to businesses was $300,000.

RELATED: Peaceful protest in Virginia Beach, but dozens of arrests made