Virginia Beach Police Chief Paul Neudigate took the 30x30 Initiative pledge - to make sure 30% of the recruits in each class are women by 2030. 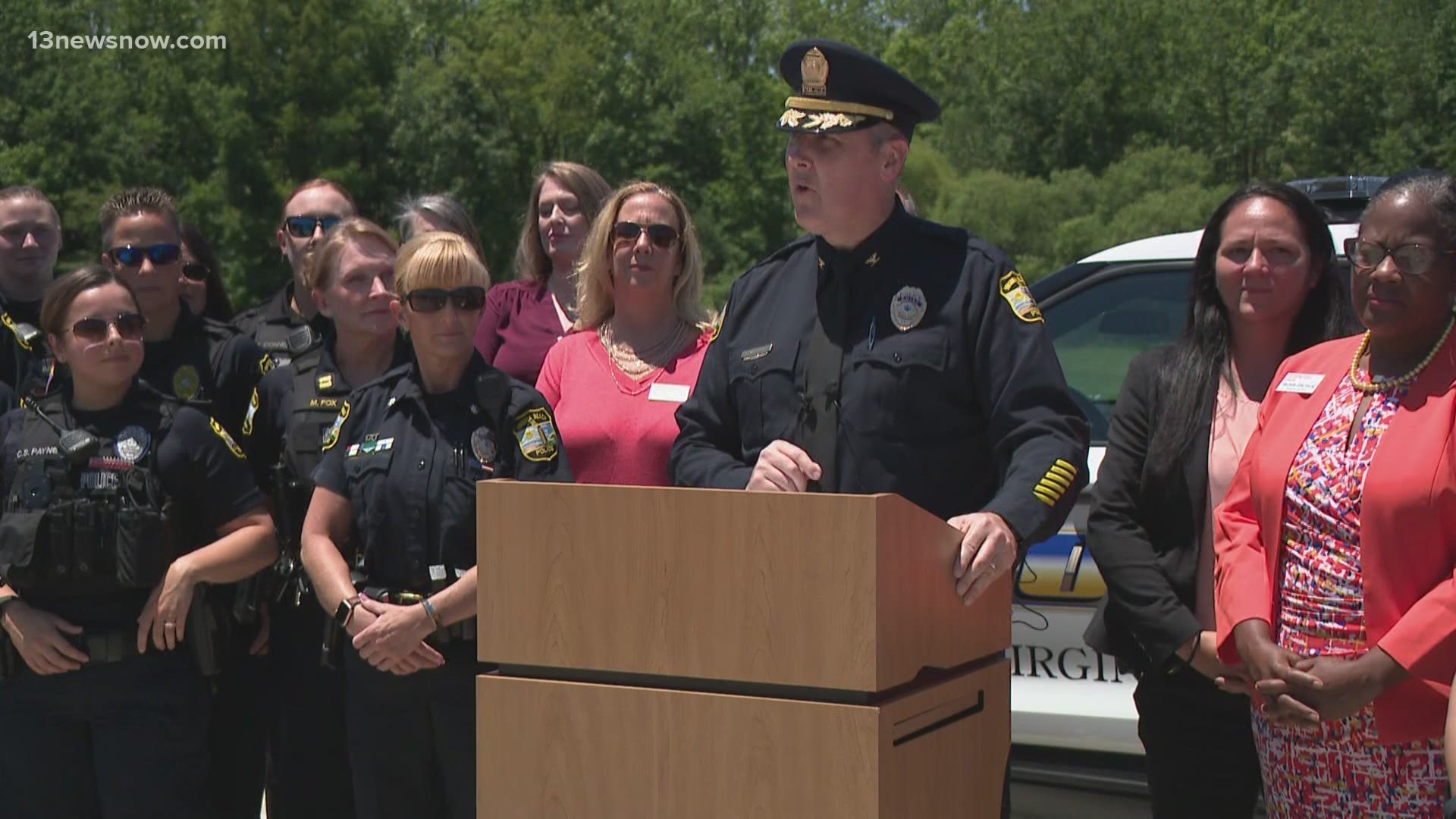 “From a Virginia Beach perspective, your police department is only 16% of our officers are female, and even more challenging only 2.5% are represented in our supervisory ranks," said Nuedigate.

Homicide detective Angela Murphy was told she didn't have what it took to become a police officer. Then she moved to Virginia Beach.

Murphy has been with the Virginia Beach police department for 16 years.

She and other female officers are making sure more women feel empowered. Murphy said women have the skills every department needs to protect and serve their communities.

“It’s easier sometimes to get people to open up. A lot of times you know pride, ego, all that kind of stuff gets in the way sometimes. We have a better way of calming people down," Murphy said.

Neudigate signed and committed to the national pledge called the 30x30 Initiative. The coalition is made up of different agencies with a mission to get more women into police academies.

"The goal of ensuring at least 30% of our future academy classes are female by the year 2030," said Neudigate.

Neudigate explained that 115 female officers were not enough for the largest city in Virginia.

“We know that our numbers do not reflect the community of Virginia Beach. Approximately 20% African American, and we're only about 7%, and we know we're about half male and female. We're only at 16%. So we have a lot of work ahead of us," Neudigate said.

Detective Murphy is calling all women to apply for a position.

"You bring a new perspective and a new way of thinking to this job, and there’s nothing you can’t do," Murpy said. "Don’t let them tell you you can’t."

Virginia Beach is now the fifth police department to pledge to the 30x30 Initiative in the state of Virginia.

National statistics show women make up only 12% of sworn officers and 3% in leadership roles.

Chief Neudigate said in the upcoming academy class, more than 30% of the recruits will be women.