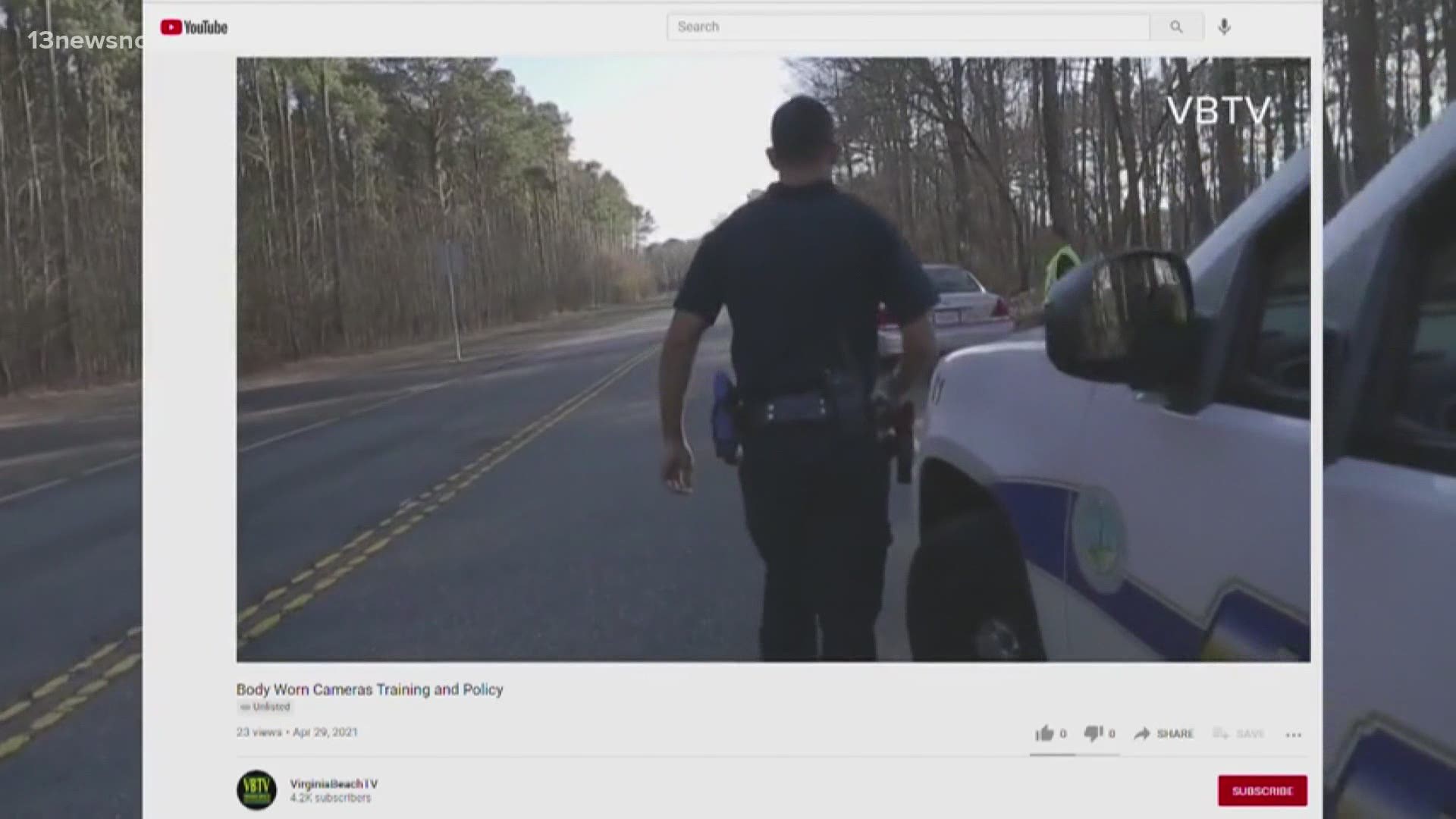 VIRGINIA BEACH, Va. — Virginia Beach police officers are now required to activate their body cameras as soon as they receive a call for service, not just when they arrive at a scene.

“It’s okay if we record a couple minutes of their steering wheel while they’re driving," said VBPD Captain William Zelms. "The important part is the camera is activated and that’s one less decision point they have to engage in when they exit the vehicle, now they can handle the task at hand.”

In a statement, Virginia Beach Police said the body camera policy was changed in the beginning of April and "the changes were already being drafted and revised several weeks prior to that.

In March, a Virginia Beach police officer shot and killed Donovon Lynch at the Virginia Beach Oceanfront. That officer's body camera was not activated.

The Lynch family and activists have criticized the police department for the lack of video. The shooting is under investigation by the Virginia State Police.

About 450 Virginia Beach police officers have body cameras and the department is looking to expand the program to provide all sworn personnel with body cameras.

A spokespersons said VBPD anticipates "all sworn personnel, up to and including the chief, to be outfitted with a camera by the end of May."

Virginia Beach Police are waiting for a manufacturer’s fix for their gun holsters that would allow the department to retrofit existing holsters with a signal device.

This device would automatically activate body cameras when an officer draws a gun. Virginia Beach purchased this technology but it has not been compatible with current holsters and is not currently being used, despite policy documents and videos touting its effect.

VBPD leaders said they expect to have that technology for training sessions in July, but Wood said he's skeptical.

“I have extreme doubts about the efficacy of that technology, but I’m hopeful it would work," Wood said.

The video shows the technology working when officers use their tasers.

A Virginia Beach Police spokesperson said the tech for the tasers is integrated into the battery, and officers will be required to train with the with the signal technology for their guns when it is issued.