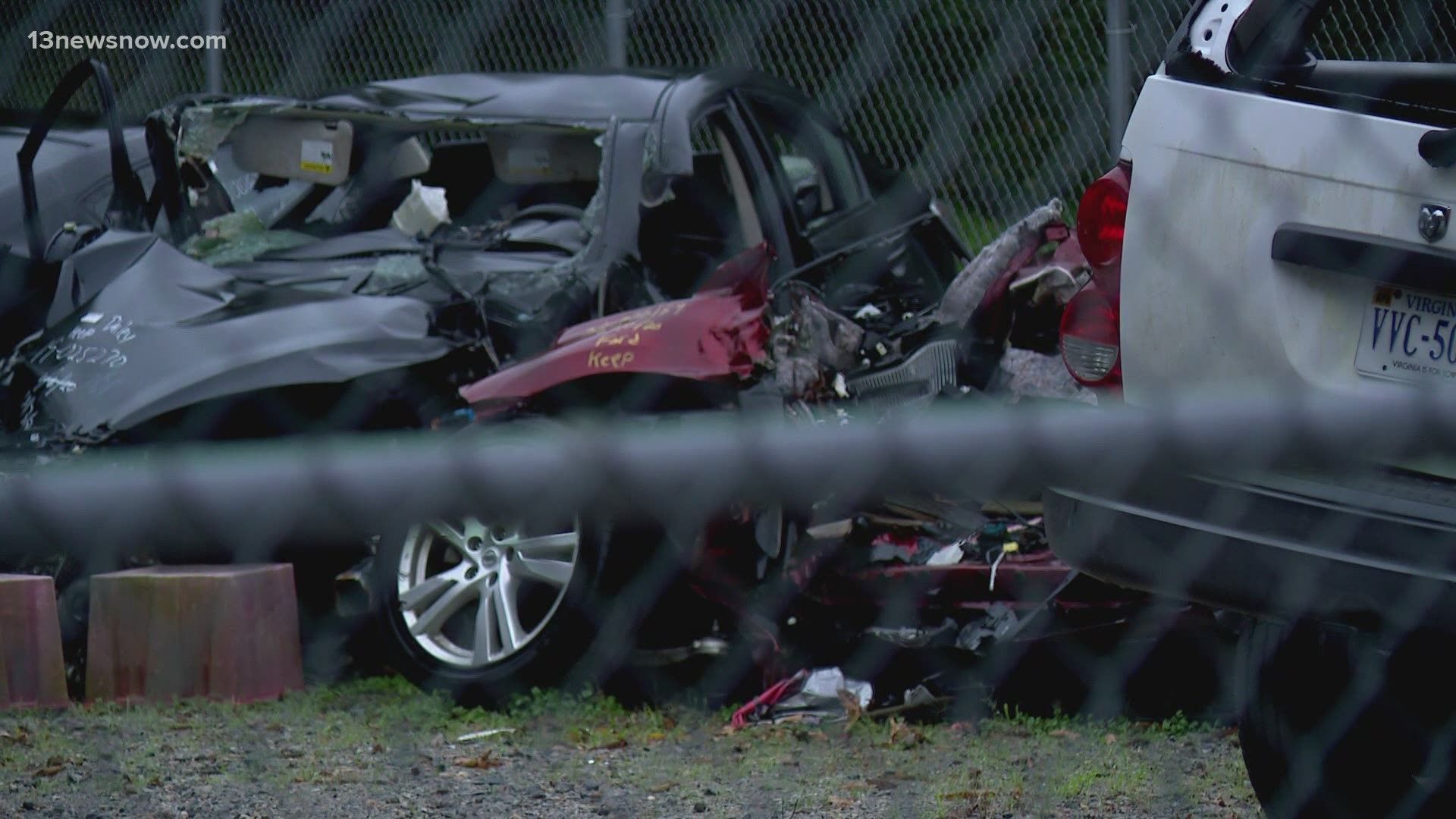 VIRGINIA BEACH, Va. — New data from the Virginia Beach Police Department shows a big increase in fatal crashes in 2020. This year's numbers already surpass all of 2019.

“I would say the hardest part of my job is notifying the loved one or the family member that their loved one is not coming home because they have been involved in a wreck," said Virginia Beach Fatal Crash Team Officer Joshua Ford.

For five years, Ford has responded to fatal crashes in Virginia Beach. Like many on the team, Ford uses Faro scanning technology to help determine the cause of fatal crashes. He’s also had more of those tough conversations with families this year.

“In the beginning of September, we’ve had five fatal crashes on Virginia Beach roadways and I would say about a third of those involved pedestrians. The five fatalities that we’ve had, four out of the five are alcohol-related," said Ford.

The fifth fatal crash was on Indian Lakes Boulevard. Two drivers were racing, killing a man riding his bicycle. Both are facing charges.

Ford wants to remind drivers to be safe especially because the days are getting shorter, the weather is changing, and holiday day travel is arriving.