Norfolk restaurants gearing up for Restaurant Week amid obstacles

Last year, they faced mask mandates and limited capacity. This year, they're up against staffing shortages and high food prices. 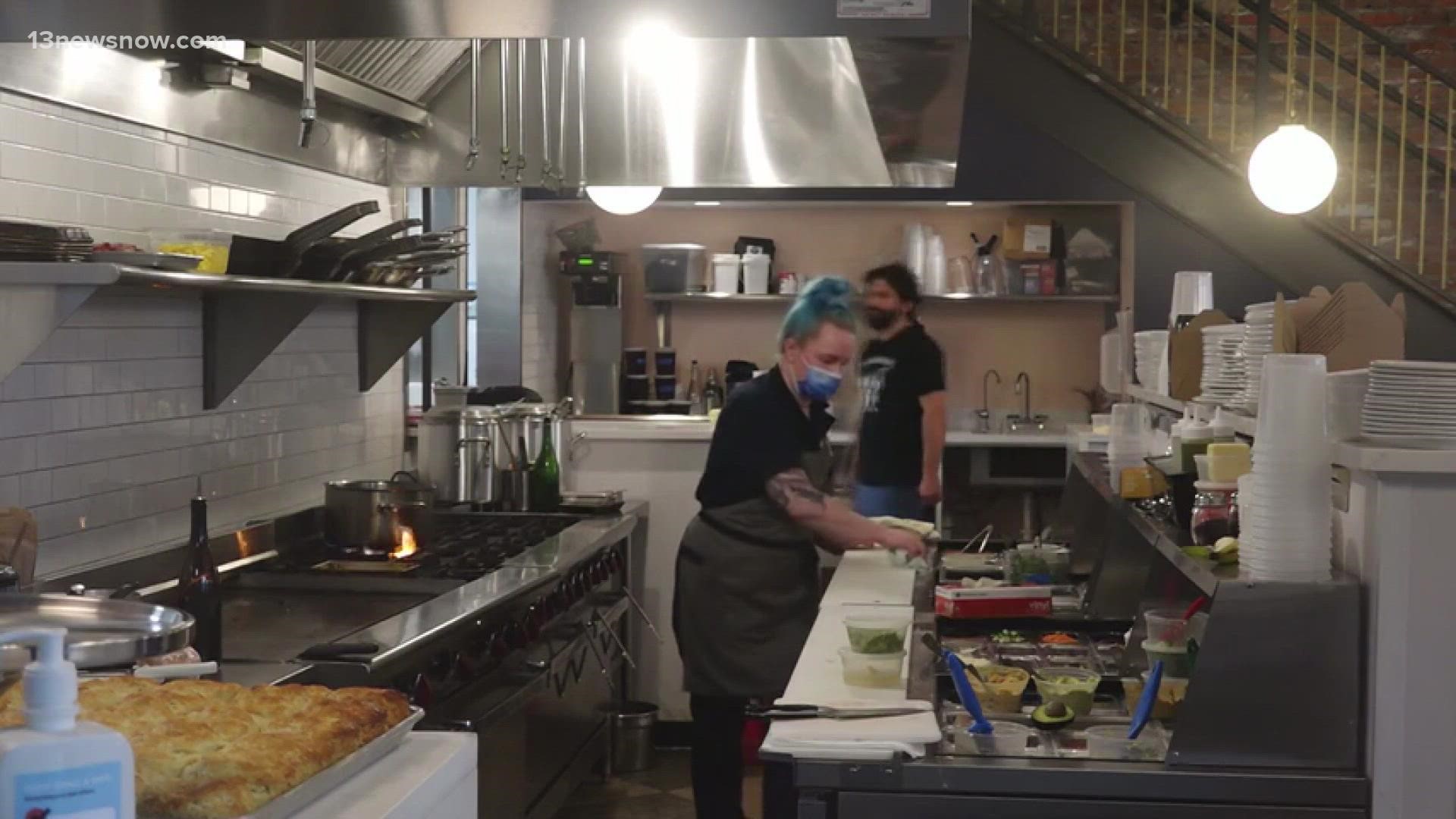 NORFOLK, Va. — People in Norfolk are gearing up to enjoy some good food for Restaurant Week.

This means restaurants are pulling together their limited staff to make it happen.

Last year, they were up against mask mandates and limited capacity during the pandemic.

"We’re the same as everybody else. We’re very short-staffed, but you know we’re gonna do our best to knock out the food as quickly as possible."

Looking at the participating restaurants, the list is a little shorter than in years past.

RELATED: Multi-course dinners for $40, lunch & brunch for $14: Downtown Norfolk Restaurant Week is back

Wallace said he thinks that’s a result of the staffing shortage.

"We have pretty much a whole… all hands on deck kind of thing, we have a few servers who are going to be doing doubles when they can here and there."

"Food cost has been up with COVID for everything. Beef, chicken, that’s why people have been seeing increases on prices," West said.

But after weighing the pros and cons of participating, she said getting the extra customers through the door is worth it.

Both Wallace and West said even with these obstacles they’ve faced all year, they’re ready.

"Our guests expect it," Wallace said. "We’ve got some really nice stuff lined up for this year."

Restaurant week kicks off this Sunday and runs through the 26th.

14 restaurants are participating this year: