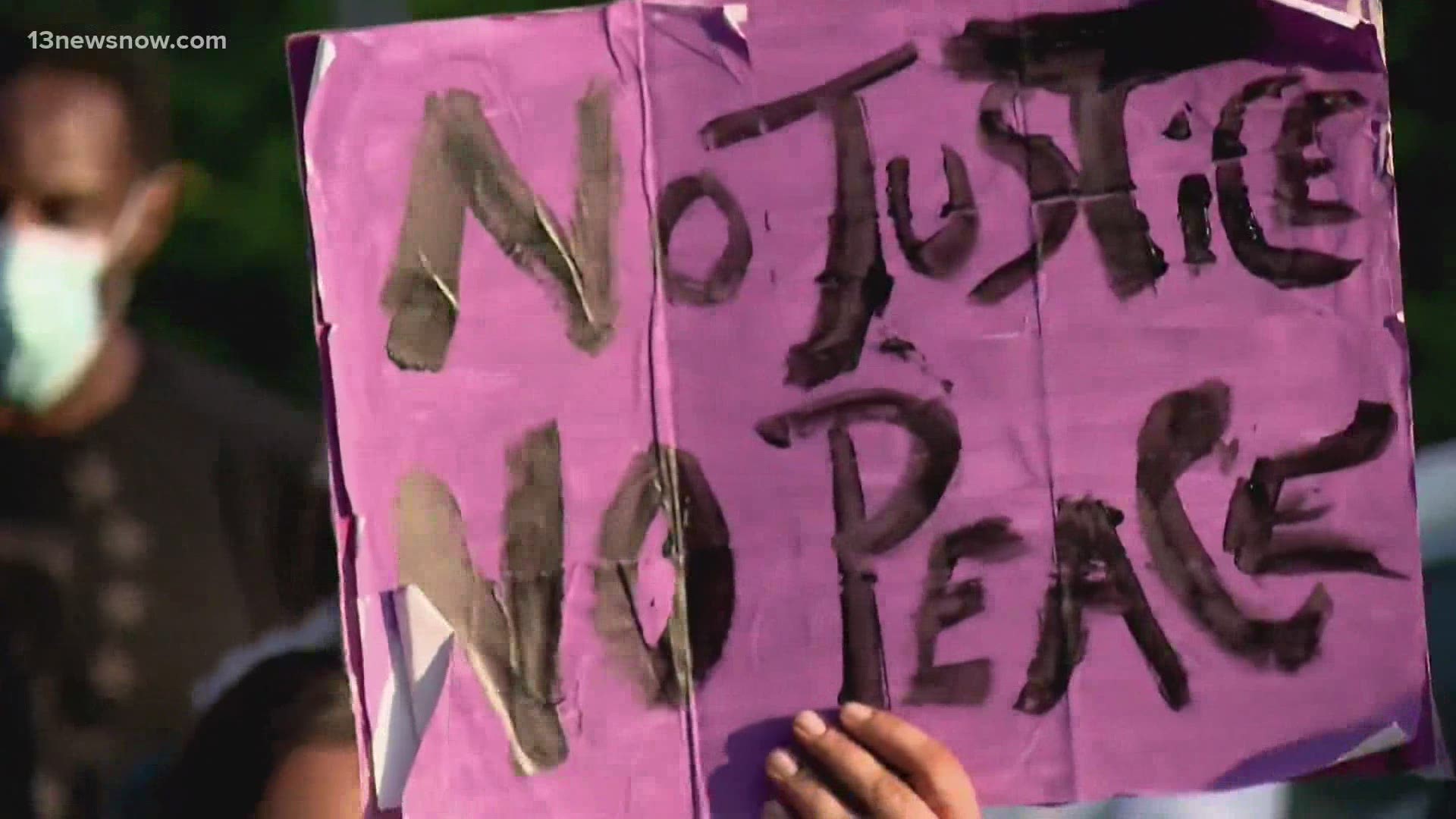 ELIZABETH CITY, N.C. — Elizabeth City city council members will request a meeting with Pasquotank County commissioners to be held within the next 10 days.

A motion passed to make the request in the council's regularly scheduled meeting since the death of Andrew Brown Jr.

Councilmembers Darius Horton, Kem Spence, and Gabriel Adkins expressed frustration with the county commissioners, who have not been as publicly vocal about the incident that has placed the small North Carolina community in the national spotlight.

“We have a duty to our residence to come together and demand answers," said Horton. "We as a city council need to request a meeting with the county to discuss our city. I have concerns, and I want to let them know how I feel as an elected official."

"The county commissioners have neglected their duty about this situation as council members," said Spence.

After the vote, Elizabeth City Mayor Bettie Parker said the council will make the request, but she remains doubtful the county commissioners will agree to the meeting.

"If you haven't heard from them by now, you probably won't hear from them," the mayor said.

In a statement on April 25, Pasquotank County Board chairman Lloyd Griffin offered their support for Sheriff Tommy Wooten and asked for the community's patience in the investigation.

"Justice, when done right, takes time," the letter read. "People — including some politicians — who want to score political points or become cable news celebrities too often forget that, which could negatively impact the investigation."

Meanwhile, on the day of Andrew Brown’s funeral, dreary weather could not keep protesters off the streets. City Manager Montre' Freeman said he considered lifting an emergency order, which has called for a curfew and assistance from other law enforcement agencies. But he wants to speak with the police chief, first.

At least three protesters were arrested Monday, as they continue to call for the public release of body camera videos of Brown's death.