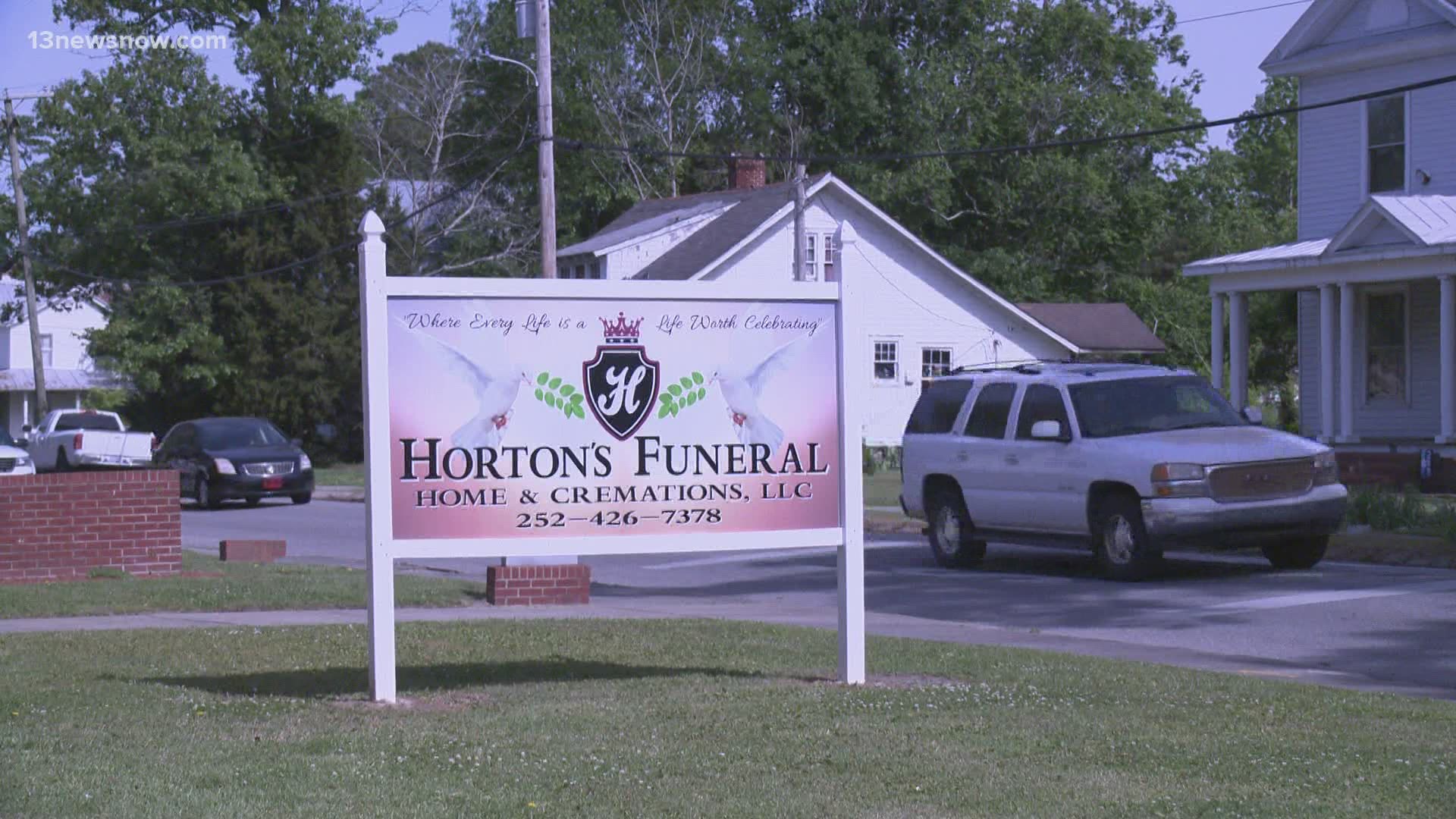 “He was like a friend to me," Edenton resident Edwin Newby said as he left the funeral home.

Friends and strangers alike said they came as a show of support for Brown and the loved ones he leaves behind.

“Always pleasant, willing to help anyone. Just a good guy, always for the community," Swain said. “Such a tragedy in the area... And it hurts to be right here at home, really hurts. For me to be African-American, as well - could have been me."

“They’re not doing good. They’re heartbroken," he said. "Today and tomorrow is just even going to be more of a strain because they shouldn’t be here; We shouldn’t be talking now, but we are; And they have very few – if any – answers, and it hurts.”

Brown will be laid to rest Monday following days of protest over his death.

Newby said he has been part of the ongoing peaceful demonstrations in Elizabeth City.

“It’s best that we do it peacefully because I believe that God gets the glory out of your life when you do things right and in order," Newby said. "We know what happened here was an execution. We have to stand for what is right and know that we don’t want this to happen again.”

There is a second public viewing for Brown at 3 p.m. Sunday at the Museum of The Albemarle in Elizabeth City.