District Attorney Andrew Womble shared the results of an NCSBI investigation into Brown's death. He said the deadly deputy shooting was justified. 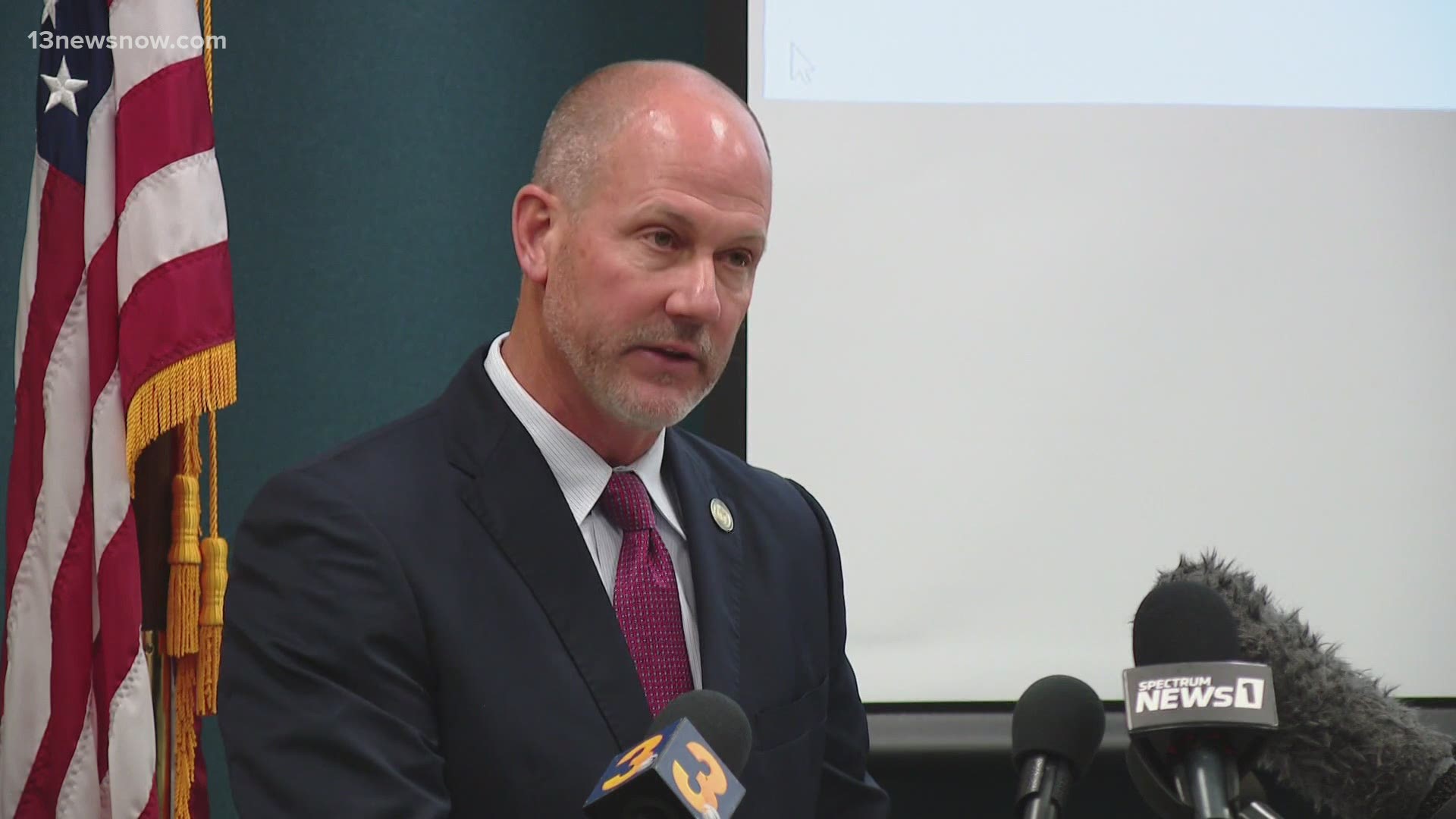 “While tragic, the shooting of Mr. Brown was justified due to his actions," Womble said. He went on to say that Brown’s actions “caused three deputies to reasonably believe it was necessary to use deadly force to protect themselves and others.”

Brown was shot and killed by Pasquotank County sheriff's deputies on April 21 after law enforcement officials tried to execute a search warrant at a home in Elizabeth City. Investigators planned to take him into custody after gathering evidence and confirming that he sold drugs in Dare County.

Womble dove into the details of what the North Carolina State Bureau Investigation found when the agency looked into the shooting and Brown's death. During a Tuesday morning press conference, he presented images and videos from separate police body camera footage of the scene.

DA Womble is now showing some screenshots of the deputies’ body camera video.

Womble says a deputy trying to open Brown’s door was “pulled onto the car” and he’s describing Brown backing away. He says no officer fired a shot until Brown drove “toward” deputies @13NewsNow pic.twitter.com/4vZqgOr41n

Womble said deputies didn't start shooting at Brown until after Brown tried to flee the scene in his car and they shouted commands at him to stop. As deputies surrounded his vehicle, Brown did try breaking their formation and driving through them to get away.

Once he started driving, disregarding deputy commands, shots were fired at the car. Womble stated and maintained throughout the press conference that Brown used the car as a deadly weapon.

DA Womble says, in his opinion, Andrew Brown was a threat to officers as soon as he backed up his car, even before he drove “toward deputies” - which is Womble’s perception of the videos.

He says he did not consider “court of public opinion” in this decision @13NewsNow pic.twitter.com/PfAQdYM6QF

Authorities have looked into law enforcement personnel records, ballistic reports, witness testimonies, a crime scene report and bodyworn camera footage as well as other evidence to get to the bottom of this investigation.

A medical examiner's report that was used in this investigation showed that Brown was shot twice -- once in his shoulder and then another shot to the back of his head at the base of his skull.

The medical examiner also found multiple abrasions on his right arm and right leg that were superficial shrapnel wounds. Womble also said a bag containing a white substance consistent with crystal meth was found in Brown's mouth. The cause of Brown's death was listed as multiple gunshot wounds.

Previously, Brown family attorneys delivered the results of an independent autopsy which found that Brown was shot five times -- four times in his right arm and then another time in the back of the head.

Womble said Brown was attempting to evade arrest before, during, and after the shooting and that the deputies acted reasonably during the incident. He continued to say that there's no evidence that the deputies shot at Brown excessively. No officer involved in the incident will be criminally charged.

Womble says Brown threatened the life and safety of officers on the scene by driving recklessly and dangerously “directly at the officers.” @13NewsNow pic.twitter.com/KnV5bmyxqW

Pasquotank County Sheriff Tommy Wooten, II released a video statement after the press conference. In it, he said the deputies will keep their jobs but will be "disciplined and retrained."

"We can do better," Wooten said, noting that two deputies did not turn on their body cameras and the team should have had EMS near the scene.

"Andrew Brown Jr., his grieving family, and this community deserve answers. And they received anything but from D.A. Womble's attempt to whitewash this unjustified killing. To say this shooting was justified, despite the known facts, is both an insult and a slap in the face to Andrew's family, the Elizabeth City community, and to rational people everywhere. Not only was the car moving away from officers, but four of them did not fire their weapons - clearly they did not feel that their lives were endangered. And the bottom line is that Andrew was killed by a shot to the back of the head. Interestingly, none of these issues were appropriately addressed in today's press conference.

"We demand that the court release the full video and State Bureau of Investigation report that will help shed some much needed daylight on this case and bring a small measure of justice to this family and this community. Because we certainly got neither transparency nor justice today. We request that the Federal Department of Justice intervene immediately."

"Public confidence would have been better served with a special prosecutor and by quickly making public the incident footage," Cooper said in a statement. "Our state should pass specific laws to increase transparency, confidence and accountability in the justice system."

North Carolina Attorney General Josh Stein also issued a statement, offering sympathies for the Brown family and calling on the courts to allow the full release of dash and body camera video of the shooting.

Sheriff Wooten also said he filed a new petition for the public release of the unredacted videos on Tuesday afternoon.

You can read the full text of the investigation documents from Womble's office here: