In a statement, District Attorney Andrew Womble said he will speak on the results at 11 a.m. Tuesday in Elizabeth City. 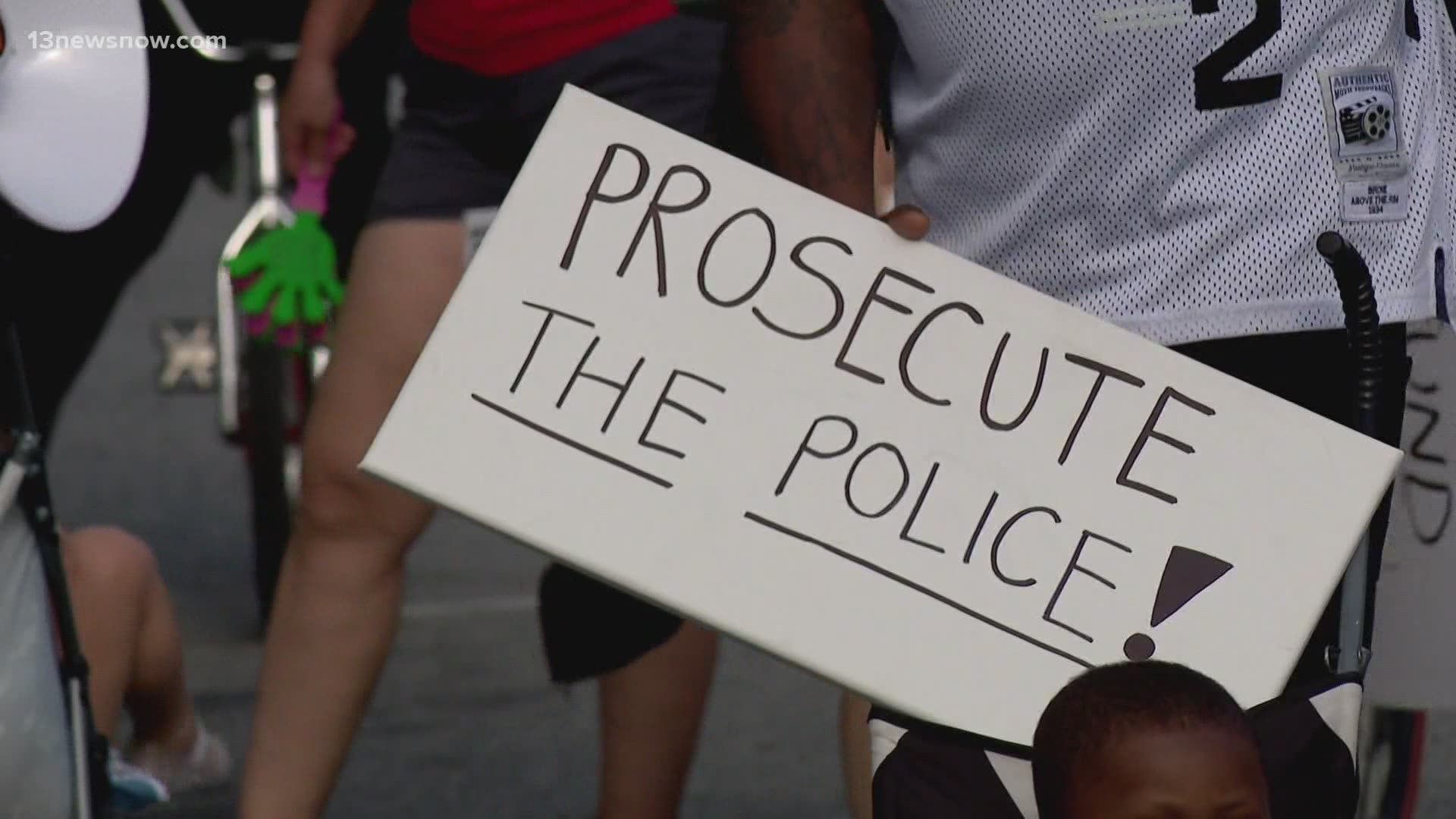 ELIZABETH CITY, N.C. — District Attorney Andrew Womble will discuss the results of the North Carolina State Bureau of Investigation probe into the shooting death of Andrew Brown Jr. on Tuesday.

In a statement, Womble said the press conference will take place at the Pasquotank County Public Safety Building at 11 a.m. Tuesday, and will only be available to credentialed members of the press.

"We are hoping that [Womble] will do the right thing," said Pasquotank County NAACP chapter president Keith Rivers.

The local NAACP chapter released new demands regarding the April shooting, as part of its continued calls for transparency and accountability, said Rivers.

"Shots fired at or from a moving vehicle involve additional considerations and risks, and are rarely effective," reads the policy.

The department policy advises deputies to "take reasonable steps to move out of the path of an approaching vehicle instead of discharging their firearm at the vehicle or any of its occupants," when "feasible."

It also states deputies "should only discharge a firearm at a moving vehicle or its occupants when the deputy reasonably believes there are no other reasonable means available to avert the imminent threat of the vehicle, or if deadly force other than the vehicle is directed at the deputy or others."

Brown was in his car when deputies shot him. Womble has said in court that body and dash-camera footage shows Brown's vehicle made contact with the deputies; however, witnesses and the Brown family's attorneys dispute that claim and said he tried to drive away from the officers.

“It is clear that the officers violated that policy," said Rivers.

Meanwhile, Pasquotank County Board of Commissioners will not meet with Elizabeth City city council members to discuss the board’s response to the shooting of Andrew Brown Jr. The city’s request came after some councilmen expressed frustration that county commissioners weren’t more vocal.

On Monday, County Manager Sparty Hammett called the city’s request "disingenuous," and strongly recommended pressing pause on any joint meetings in the near future.

The city held two emergency meetings within days of the shooting, despite requests by Hammett to hold off, he said during the board's first regularly scheduled meeting since Brown's death.

Several board members, including chairman Lloyd Griffin, agreed local officials should hesitate to discuss the shooting before an investigation reveals the facts.

"As we act and move forward it is really hard when you want to be responsible but not irresponsible with your comments," said Griffin.

Commissioner Cecil Perry, who lives in Elizabeth City, also agreed to wait for the investigation to speak on the matter.

"But once that happens I have some thoughts on what can help our community get better," he said. "The solution will have to come through people who make decent ideas and make sure everyone is included in that decision."

Elizabeth City Mayor Bettie J. Parker said, "I am sure that the City Council Members who wanted me to request the joint meeting will be disappointed. Maybe in the future, when the County Commissioners feel they are ready to have some dialogue about how we, as elected officials, can develop strategies on helping our community heal, their input will be welcomed by all involved."

#BREAKING: Tuesday at 11am, the District Attorney will discuss the results of the NC SBI investigation into the shooting death of Andrew Brown Jr.

It appears the state’s investigation took about 3.5 weeks. @13NewsNow pic.twitter.com/OhRDTQH75Q 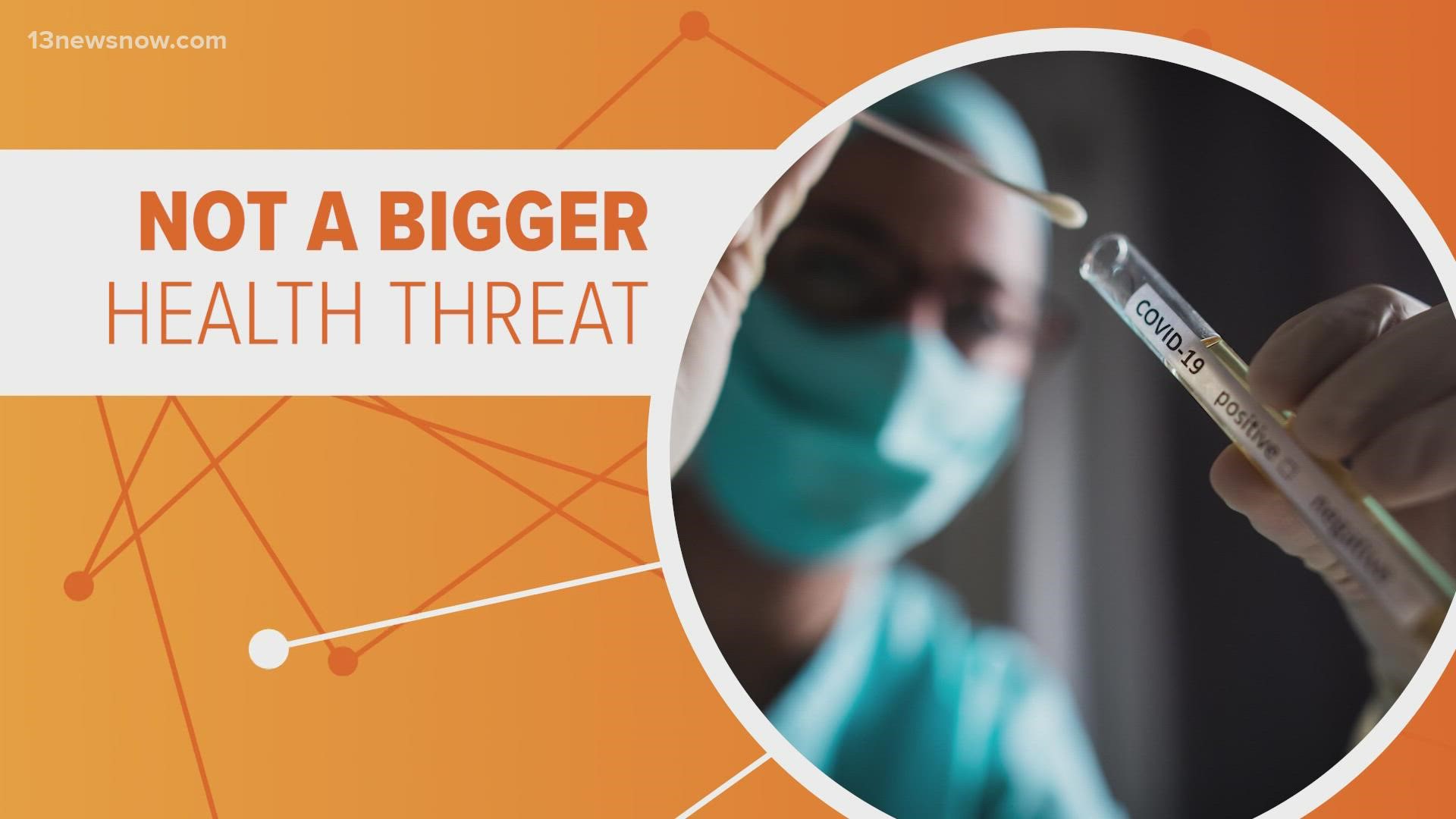 Connect the Dots: What is the 'Delta Plus' COVID-19 variant?