Woman killed in multi-vehicle crash on Route 199 near Williamsburg

Three vehicles were involved in the collision. A woman died at the scene. Another person was injured but is expected to survive. 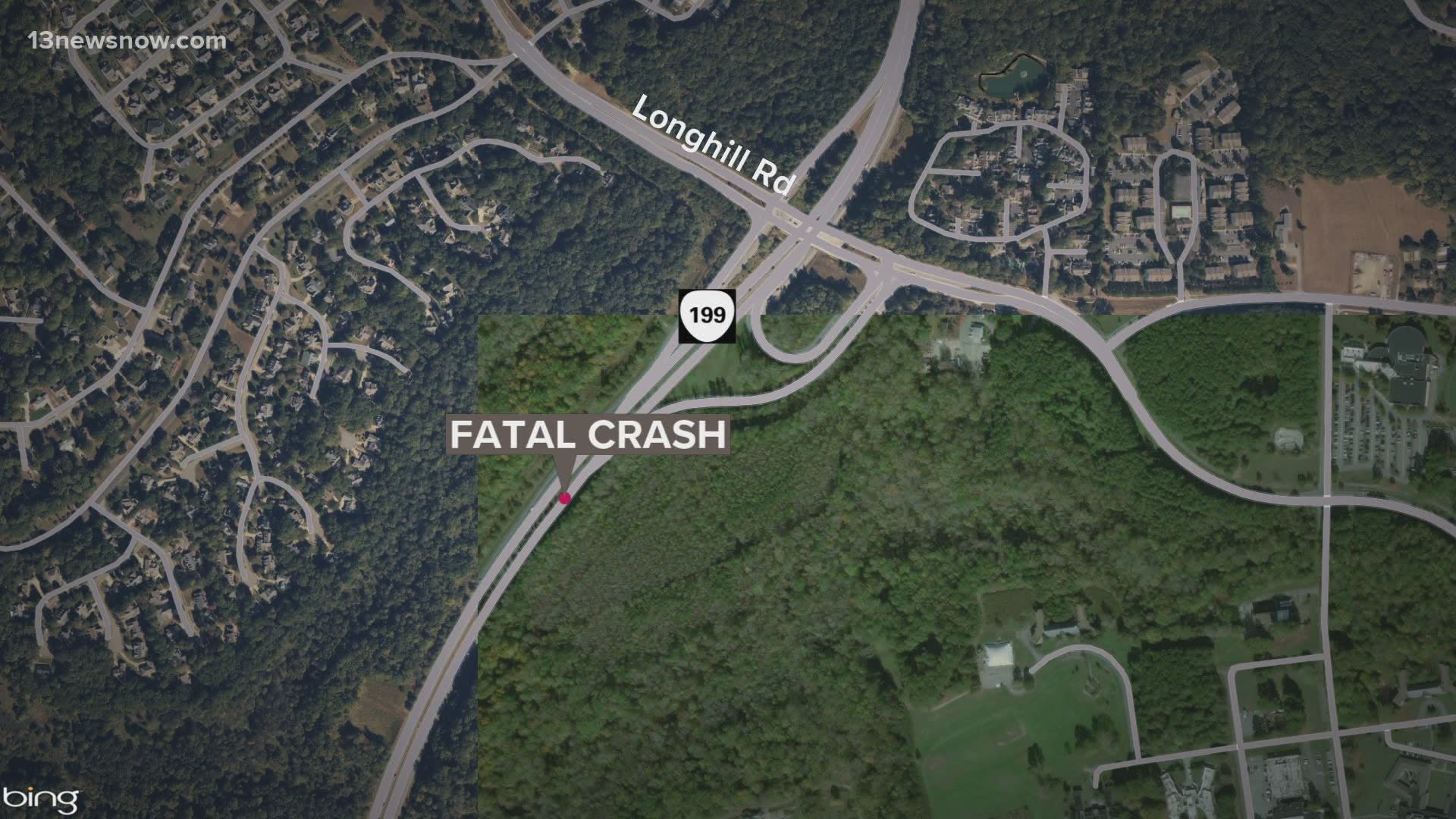 Authorities say the crash took place in the westbound lanes of Route 199 about a half-mile east of the Longhill Road exit around 8:30 a.m.

Three vehicles were involved including a tow truck, a Jeep and a Honda.

After some investigation, police learned that the tow truck had stopped to tow a car that got stuck in the median early that morning.

Even though the tow truck pulled over on the side of Route 199, it was still taking up a little space in the left lane of the highway. A Jeep Wrangler driving in that lane hit it from behind.

The impact caused the Jeep to go into the right lane where it was struck by a Honda CRV. Even though the driver of the Jeep was wearing a seatbelt, she was ejected due to the force of the impact and died at the scene. Police identified her as 29-year-old Hailey R. Diggs.

The 63-year-old driver of the Honda was rushed to Riverside Regional Medical Center to be treated for minor injuries.

The Jeep was totaled and the Honda sustained a lot of damage.

A 38-year-old man driving the tow truck was inside the truck when the crash took place and wasn't hurt.

Route 199 westbound was shut down for several hours as authorities investigated the crash scene. The collision is still under investigation.