A first of its kind for Virginia, the three-story building will be intentionally located in one of Norfolk’s most flood-prone areas near Knitting Mill Creek. 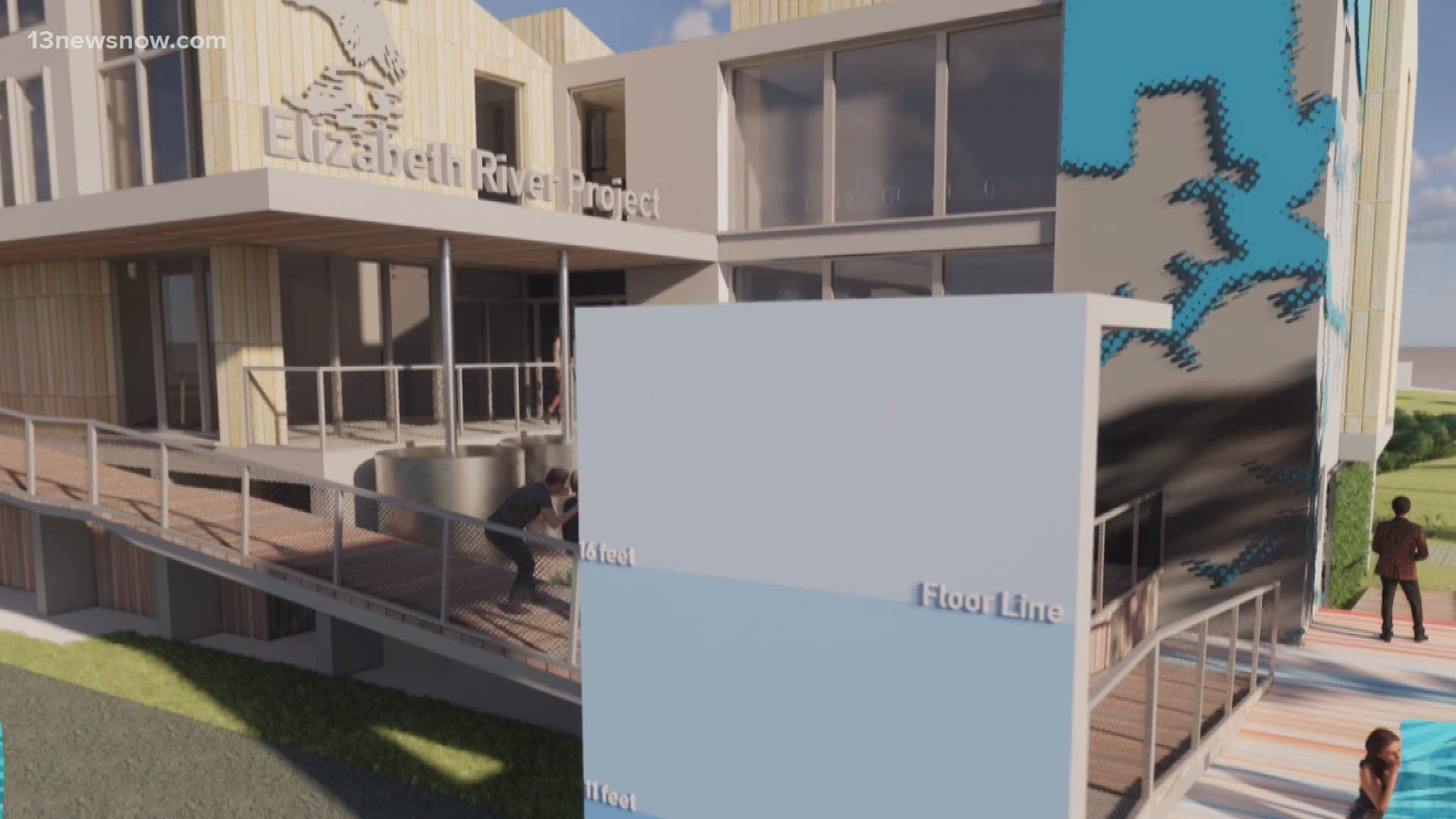 A first of its kind for Virginia, the three-story building will be intentionally located in one of Norfolk’s most flood-prone areas near Knitting Mill Creek. The whole idea is to show homeowners, developers, and business owners how to adapt to a changing climate.

The three-story green facility also includes a waterfront park. The elevated building will have solar panels, a green roof, and living walls.

The Elizabeth River Project will share practical resilience approaches with businesses, citizens, and students about how to live and work on the waterfront.

The location is ideal since Norfolk has one of the most accelerated rates of sea-level rise in the world. A research dock will provide a platform for ongoing study and solutions to address climate change issues.

The waterfront Learning Park will be open to the public for a changing demonstration of emerging practices in resilience and waterfront access along Knitting Mill Creek.

The Elizabeth River Project’s Next Wave capital campaign has received the largest donation in the organization’s history with a major naming gift in the amount of $2.1 million from long-time supporters Pru and Louis Ryan of Norfolk.

Ryan went on to say, “We had decided a number of years ago to support our primary areas of interest – the environment and education, and the Elizabeth River Project touches both. The legacy created by the Elizabeth River Project’s Resilience Lab is a cleaner and healthier environment for the citizens of our region. We are proud to put our names on such a prestigious facility that will be on the frontline of regional and national efforts to combat sea-level rise and changing climate conditions.”

The Ryan Resilience Lab is expected to be completed in 2022.