A law enforcement official says the men were believed to be planning to attend a pro-gun rally planned for Monday in Richmond. 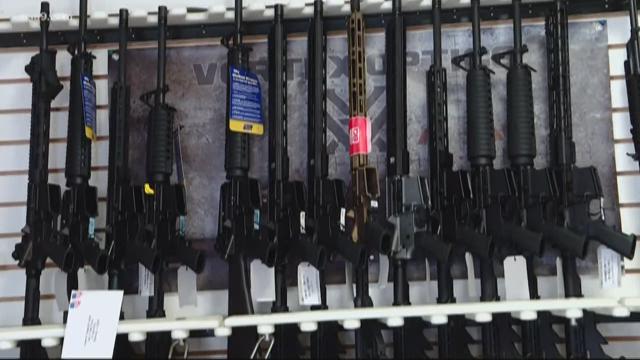 FBI agents have arrested a former Canadian Armed Forces reservist and two other men who are linked to a violent white supremacist group. The men were believed to be heading to a pro-gun rally next week in Virginia's capital.

A Justice Department news release says the three men are members of The Base. They were arrested Thursday on federal charges in a criminal complaint unsealed in Maryland.

Brian Mark Lemley, Jr., 33, of Elkton, Md., and Newark, Del., and William Garfield Bilbrough IV, 19, of Denton, Md., were charged with transporting and harboring aliens and conspiring to do so.

Canadian national Patrik Jordan Mathews, 27, currently of Newark, Del., and Lemley were also charged with transporting a machine gun, disposing of a firearm, and ammunition to an alien unlawfully present in the U.S., officials said.

The group's members discussed, among other things, recruitment, creating a white ethnostate, committing acts of violence against minority communities, including African-Americans and Jewish-Americans, the organization’s military-style training camps, and ways to make improvised-explosive devices in The Base's encrypted chat rooms, the federal complaint alleges.

Lemley, according to authorities, previously served as a Cavalry Scout in the U.S. Army, and as of August 2019, Mathews, a Canadian citizen in the U.S. illegally, was a combat engineer in the Canadian Army Reserve.

In December 2019, the affidavit alleges that Lemley and Mathews used an upper receiver Lemley ordered, along with other firearms parts, to make a functioning assault rifle.

The three men allegedly tried to make a controlled substance at Lemley and Mathews’s apartment, according to the affidavit.

The three men then talked about The Base’s activities and spoke about other members of the organization. Mathews also allegedly showed the assault rifle to Bilbrough, who examined the assault rifle and returned it to Mathews, according to the affidavit.

A law enforcement official says the men were believed to be planning to attend a pro-gun rally planned for Monday in Richmond. The official spoke to The Associated Press on condition of anonymity to discuss an active investigation.

RELATED: VERIFY: No, Gov. Northam did not propose sending the National Guard to confiscate guns