One dead after plane crash in Deltaville in Middlesex County

Virginia State Police said the crash happened after the fix-winged plane hit something like a garage along North End Road. 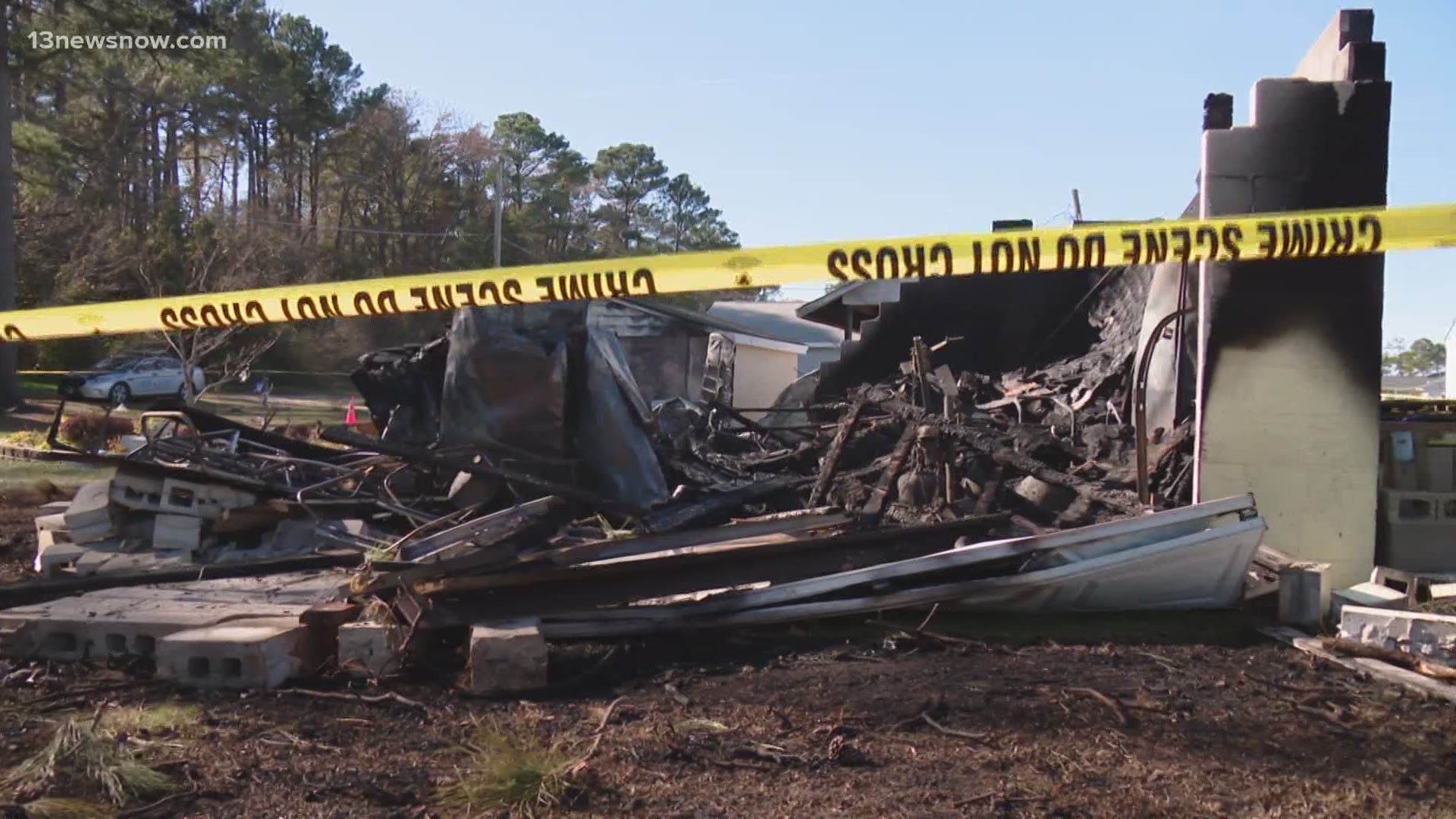 DELTAVILLE, Va. — Virginia State Police said that one person died after a plane crashed in Middlesex County on Tuesday morning.

Sgt. Michelle Anaya said troopers received a call about the crash around 9:35 a.m. It happened at 1270 North End Road in Deltaville. Members of the Middlesex County Sheriff's Office also were there.

Anaya said the fixed-wing plane hit something like a garage and caught fire, burning the entirety of the plane.

A single-engine Beech V35 crashed into a residential building near Sandy Beach Road in Deltaville, Va., at 9:45 a.m., local time today. The aircraft caught fire after crashing. Preliminary reports are only the pilot was on board. We have no reports of people on the ground being injured. Please ask local authorities for information pilot’s condition and identity. The FAA and NTSB will investigate. Neither agency identifies people involved in aircraft accidents. The FAA will release the aircraft tail number once investigators verify it at the scene. The NTSB will be in charge of the investigation and all updates.

According to the @FAANews the aircraft that crashed in Deltaville this morning was a single engine Beech V35. Only the pilot was on board based on preliminary reports. Body still on scene. No other injuries reported. @NTSB now in charge of the investigation. #13NewsNow pic.twitter.com/Y8b0o4p3Ym

Witnesses told police the plane was in distress moments before coming down.

"It sounded like a small aircraft coming in. It stopped, there was a crash sound, and within seconds black smoke was behind the trees," Michelle Putman said. "Obviously, it's fortunate nobody else was around."

"We saw all this smoke, a lot of smoke," Susan Mcclain Powell said. "I thought it was a house on fire."

People who live in the area or own a summer home said it's very common to see small planes flying above them. There's a small airport not far from the crash site, and there's also crop dusting.

For Phil Spencer and his wife, there's a sigh of relief. His summer house is feet away from where the plane crashed. There's minor damage to his garage. He wasn't there, but drove over once he got the news.

"My wife and I first reaction was, poor family. We felt so bad for the family, but we were relieved there wasn't any more extensive damage done," Spencer said.

The crash was the second one involving a plane in Middlesex County since the beginning of October.

In that case, the pilot, who took off from Hummel Field, had to make an emergency landing and ended up crashing on Willow Lane.

No one was injured in that incident.