Senator Tim Kaine said the submarine increase to the NDAA, is "a significant win." 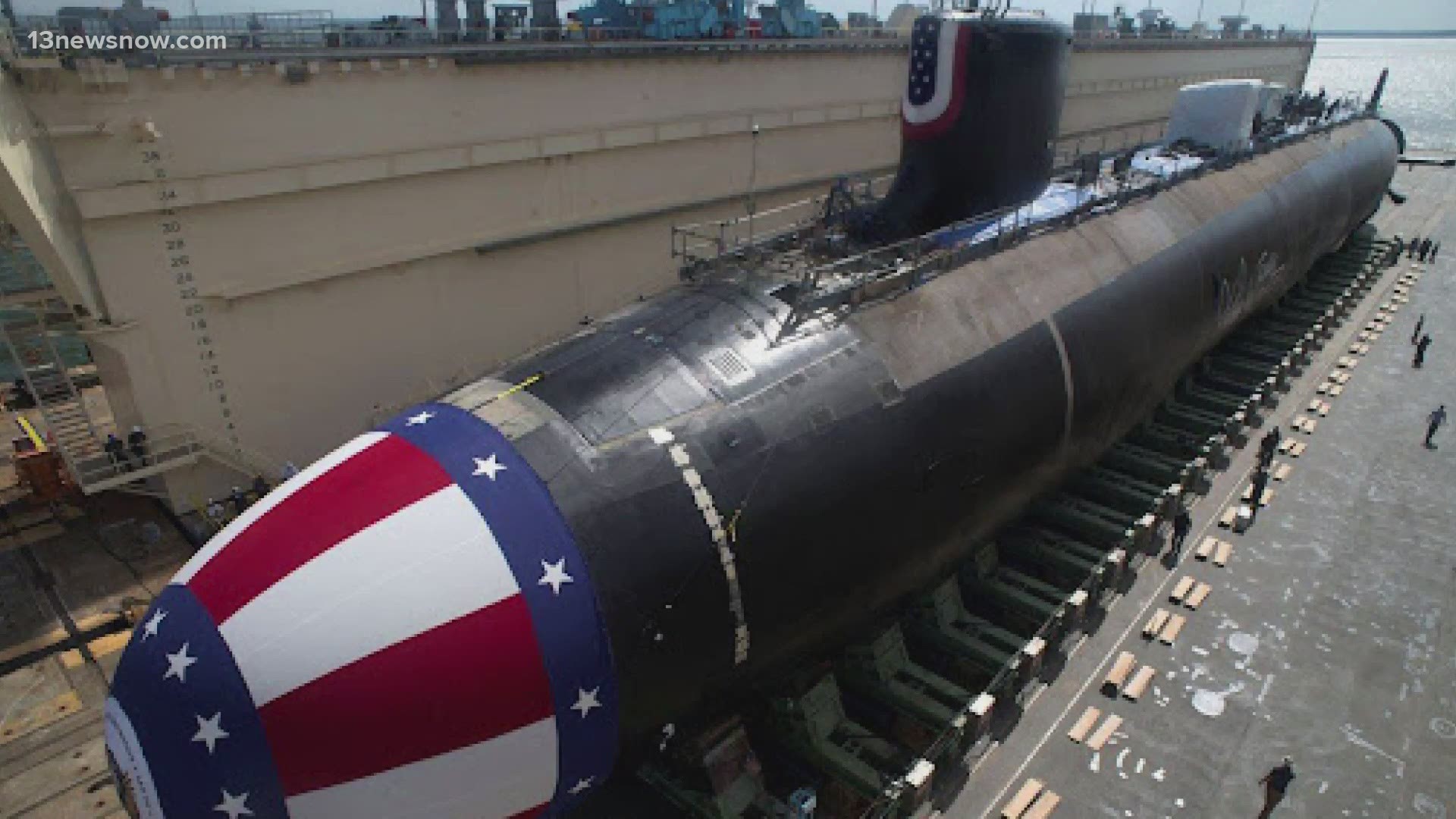 The committee has approved $24 billion for shipbuilding. That's $2 billion more than what the Biden Administration sought.

Additionally, the Senate version of the act provides $12.5 billion for ship repair and ship maintenance at public and private ship repair yards. Overall, Senators increased the defense bill budget by a total of  $25 billion.

"One of the things the additional $25 billion means is $2 billion more will be spent on shipbuilding and ship repair. And that's going to have a significant benefit for Hampton Roads," said Kaine.

Additionally, Kaine said the measure would pay for a saltwater system for the carrier repair drydock at Norfolk Naval Shipyard, and a fuel system maintenance dock at Joint Base Langley-Eustis.

The bill must still pass the full Senate, which is expected to vote in September,  and then, it must be rectified with the House version of the NDAA.

Even then, the NDAA only authorizes -- and does not allocate -- funding. The House and Senate Appropriations Committees will have to agree to go along with the proposal to become law.

The NDAA, as passed by the Senate Armed Services Committee, also incorporates language from Sen. Kirsten Gillibrand (D-New York) to reform the way the military prosecutes sex crimes: taking that responsibility away from unit commanders and directing it to independent military special victims lawyers.

"While more work lies ahead to negotiate the details, this NDAA takes a major step forward in reforming the system that for too long has failed to protect victims of sex-based harassment, discrimination, and violence," Kaine said.