Voters will decide who will fill a number of seats in cities and towns in the area. The offices include mayor, council members, and school board members. 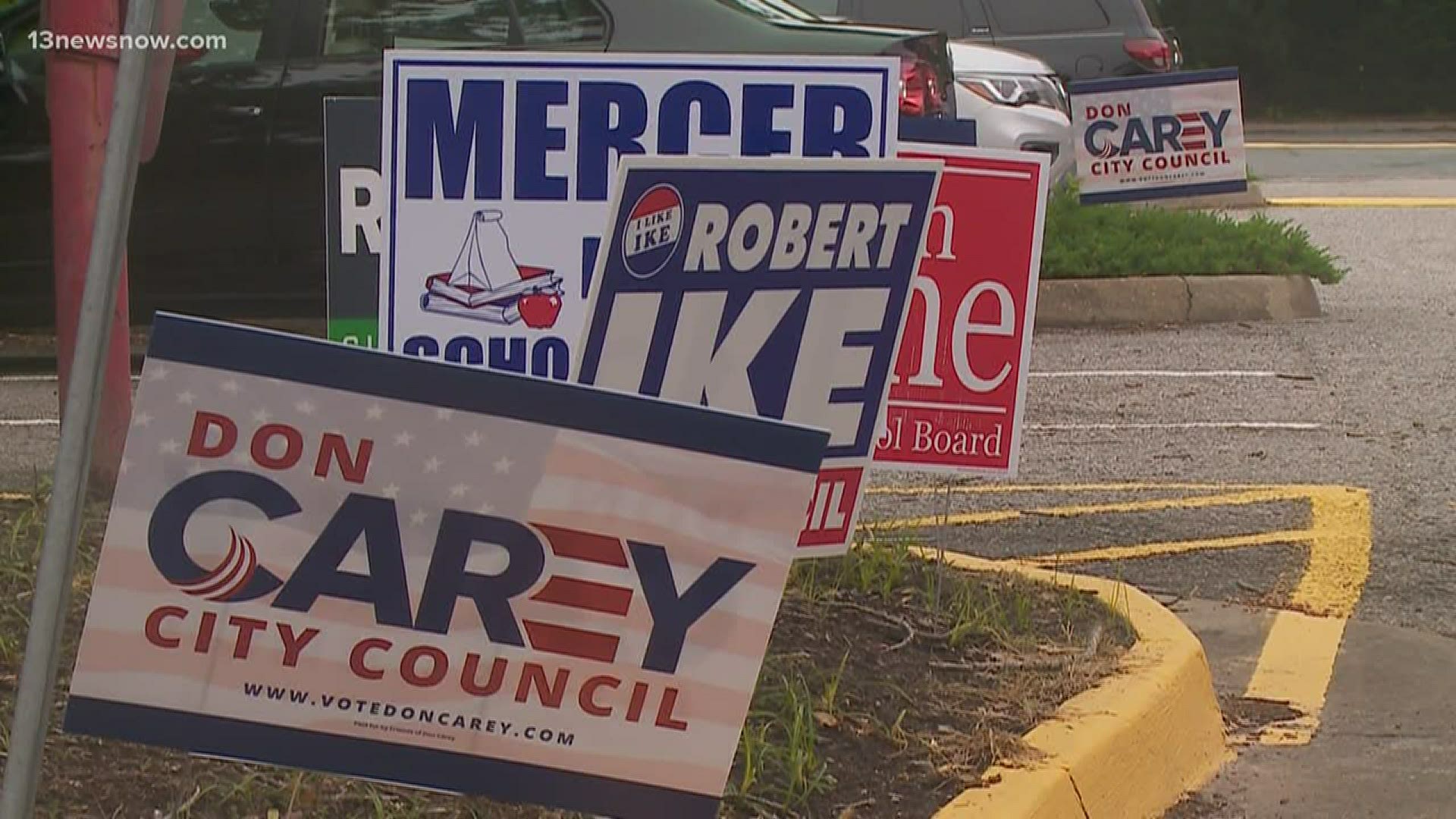 NORFOLK, Va. — Voters in several cities and towns in Hampton Roads and on the Eastern Shore will be at the polls on Tuesday, May 19.

These were some of the races that were delayed in Virginia because of the coronavirus pandemic. They cover a number of positions, including ones on city and town councils, school boards, and offices of mayor.

In Hampton Roads, people will elect mayors in Hampton and Chesapeake. Both cities have council seats open, as do Norfolk, Newport News, Williamsburg, Smithfield, Franklin, Courtland, and Ivor.

Several towns on the Eastern Shore will elect people to their respective councils, too.

Elections to school boards take place in Hampton Roads and on the Eastern Shore.

You can find more information about voting in Virginia here, and figure out your specific polling location here.

We have a full list of the elections that are taking place in the area below. After polls close, you'll be able to see results here.