Democrats in the House of Delegates declared Nancy Guy the official winner of the 83rd District election, taking the seat from Chris Stolle with a 26-vote margin. 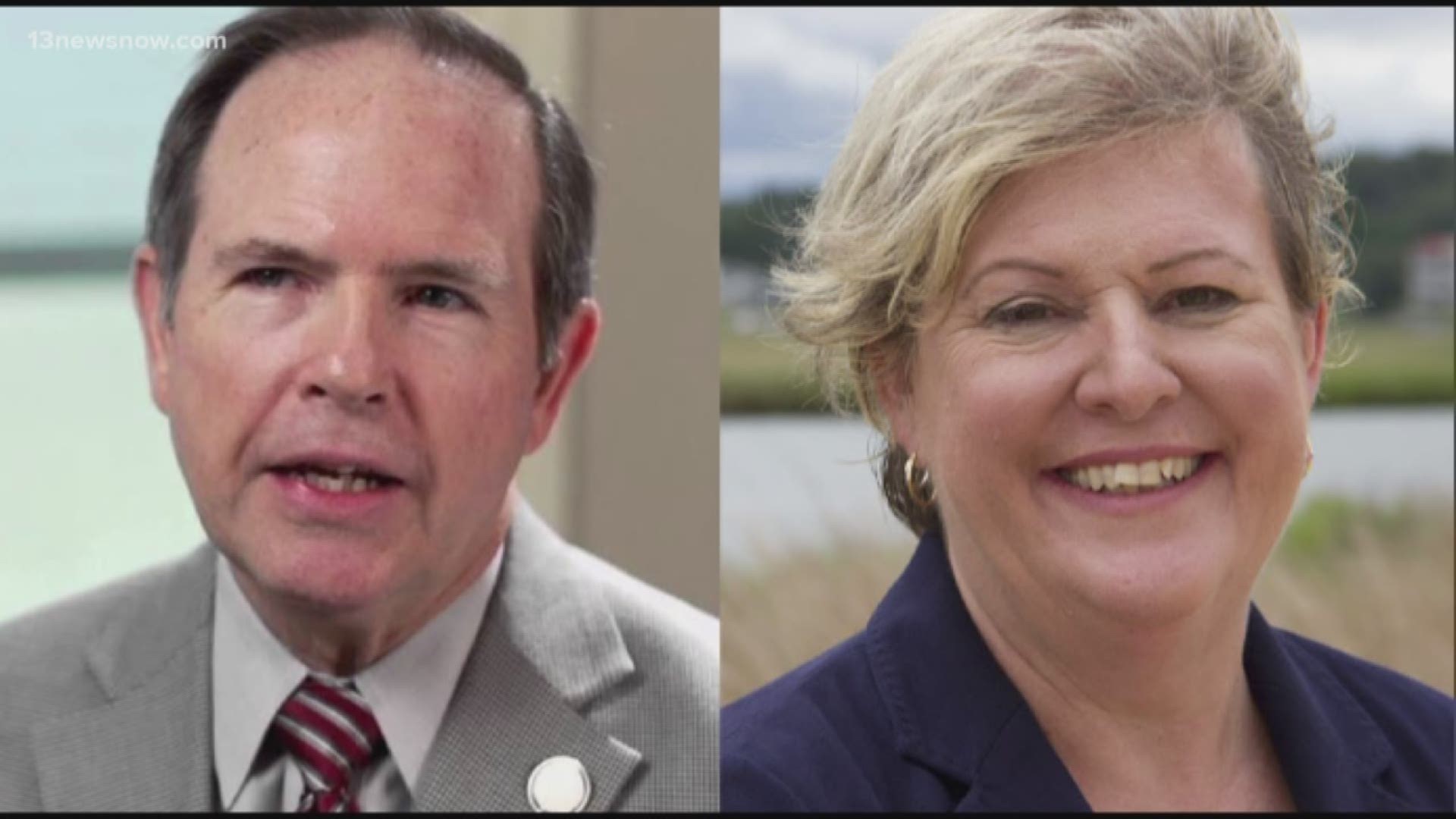 VIRGINIA BEACH, Va. — The Virginia House Democrats announced that Nancy Guy is the official winner of the 83rd District election for the House of Delegates, giving Democrats their 55th seat in the House.

Democrat Nancy Guy claimed victory over Republican incumbent Chris Stolle on Wednesday, but the Democrats in the House of Delegates made it official in a press release sent out Friday evening.

Earlier in the week, the unofficial final vote total showed she won by the slimmest of margins: only 18 votes separate the two candidates.

As of Friday, Guy held a 26-vote margin over Stolle with four ballots still outstanding.

Guy celebrated her victory and said she looks forward to joining the new Democratic majority in the House.

“I am honored that the citizens of the 83rd district have given me the opportunity to serve them in the House of Delegates,” said Guy. “I am looking forward to making my hometown proud as we fight to fully fund our public schools, protect our environment and pass meaningful gun violence prevention legislation. I would like to thank my family, my team and especially all of the volunteers, supporters, and voters who have been a very important part of our effort. I would also like to thank Delegate Stolle for his years of service to our community.”

"I think the new leadership is going to let things get to the floor that have not been on the floor before," she said. "Things like the ratification of the ERA [Equal Rights Amendment], common-sense gun safety rules, minimum wage increases... issues that have been bottled up for a long, long time."

The possibility of a recount in a House district race may give Hampton Roads residents a sense of deja vu; in 2017 another local House election -- House District 94 -- saw a contentious race between Republican David Yancey and Democrat Shelly Simonds that underwent multiple recounts with single-vote margins, ultimately leading to a tie that was resolved by pulling a name out of a bowl.

The stakes for this race are not quite as high this go-round, however. The result of the District 94 race ultimately determined who would control the House of Delegates -- Yancey won and the Republicans maintained control.

But on Tuesday night, Democrats were able to flip enough seats to gain control of the chamber, regardless of the ultimate outcome between Guy and Stolle.

Click here for all Virginia and North Carolina election results.