A Wason Center poll shows that Virginia voters will likely put their faith in Democrats for the coming General Assembly election in November and the 2020 election. 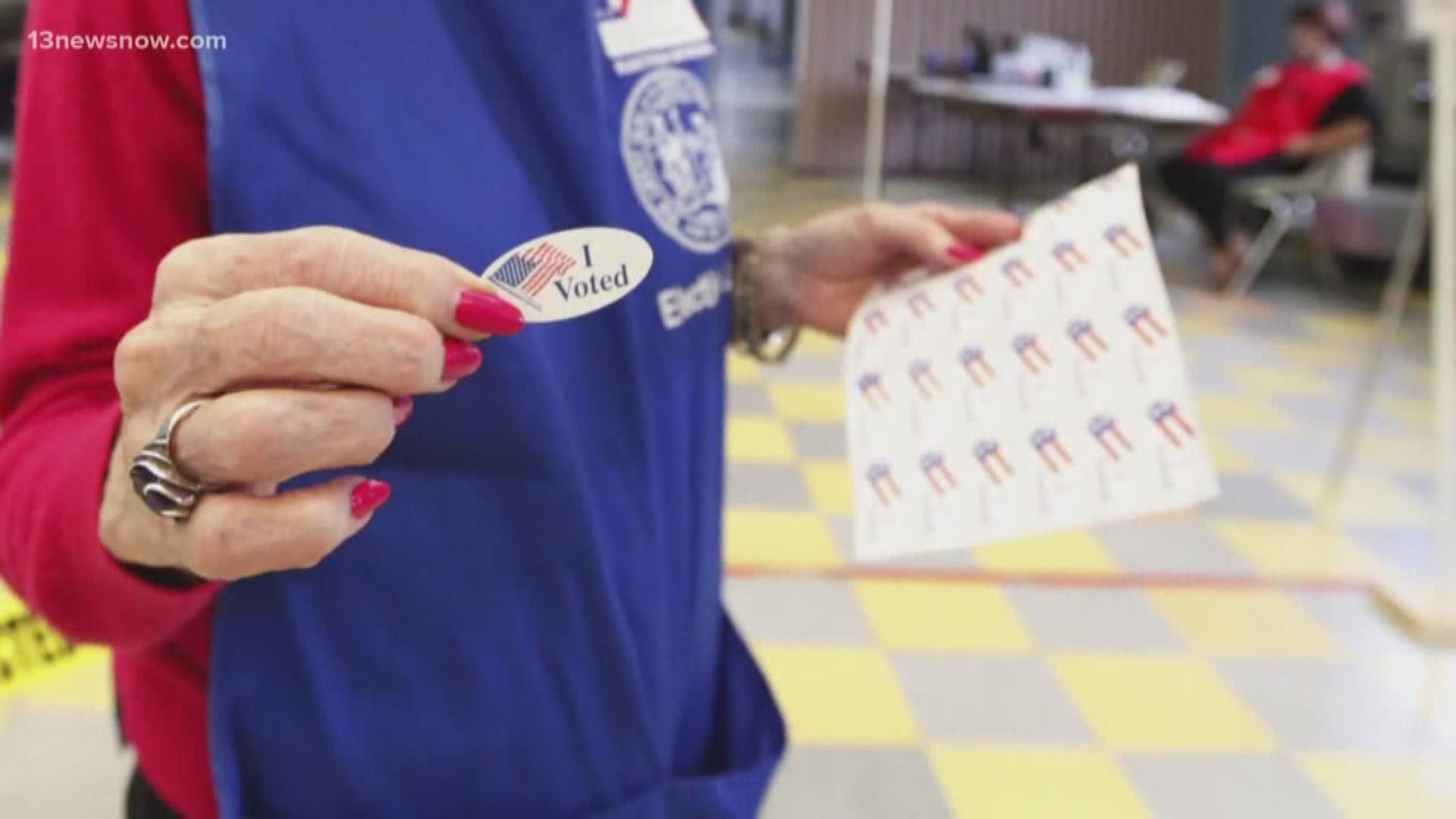 VIRGINIA, USA — When voters in the Old Dominion head to the ballot box this November for General Assembly elections, they will likely show more favor to Democrats.

That's according to a Wason Center poll that was just released that shows 84% of Democrats say they will "definitely vote" in the coming elections, compared with 74% of Republicans and 75% of Independents. Democrats also have a significant advantage over Republicans on voter enthusiasm.

Also, 53% of voters also prefer that Democrats control the General Assembly after the election and that Independents are leaning more to the left this year.

Governor Ralph Northam has an approval rating at 51% and voters are fairly optimistic about the state of the Commonwealth.

However, voters are pessimistic about the state of the country with 62% reporting that the country is on the "wrong track."

President Trump's approval rating is at 37% among Virginia voters. In a 2020 ballot test, he's lagging behind a generic Democrat, 51% to 36%. This data was taken before the Ukraine disclosures.

Wason Center’s Director, Quentin Kidd, said they do it about every ten years.

"The goal is essentially to put your thumb on the pulse and try to understand where voters are right now,” said Kidd.

Kidd said the results from the poll make sense.

"The last couple of election cycles have been good for Democrats in Virginia, in part because there's been this real visceral reaction to the election of Donald Trump," Kidd said. “The only thing that could've affected the democratic enthusiasm would've been the blackface scandal with Governor Northam.”

"This is a generic statewide poll with a flawed methodology.  The poll shows 67% of voters with a college degree. In reality, 37% of Virginians have a college degree.  Moreover, we are not running generic candidates in generic districts. The poll does not reflect any of our own internal data, and it certainly doesn’t reflect the frantic spending that Democrats are deploying to save first-term Democrats, as noted by the Washington Post this weekend.”