More officials are encouraging the use of absentee ballots in response to the COVID-19 crisis. Republicans think it's cause for concern. 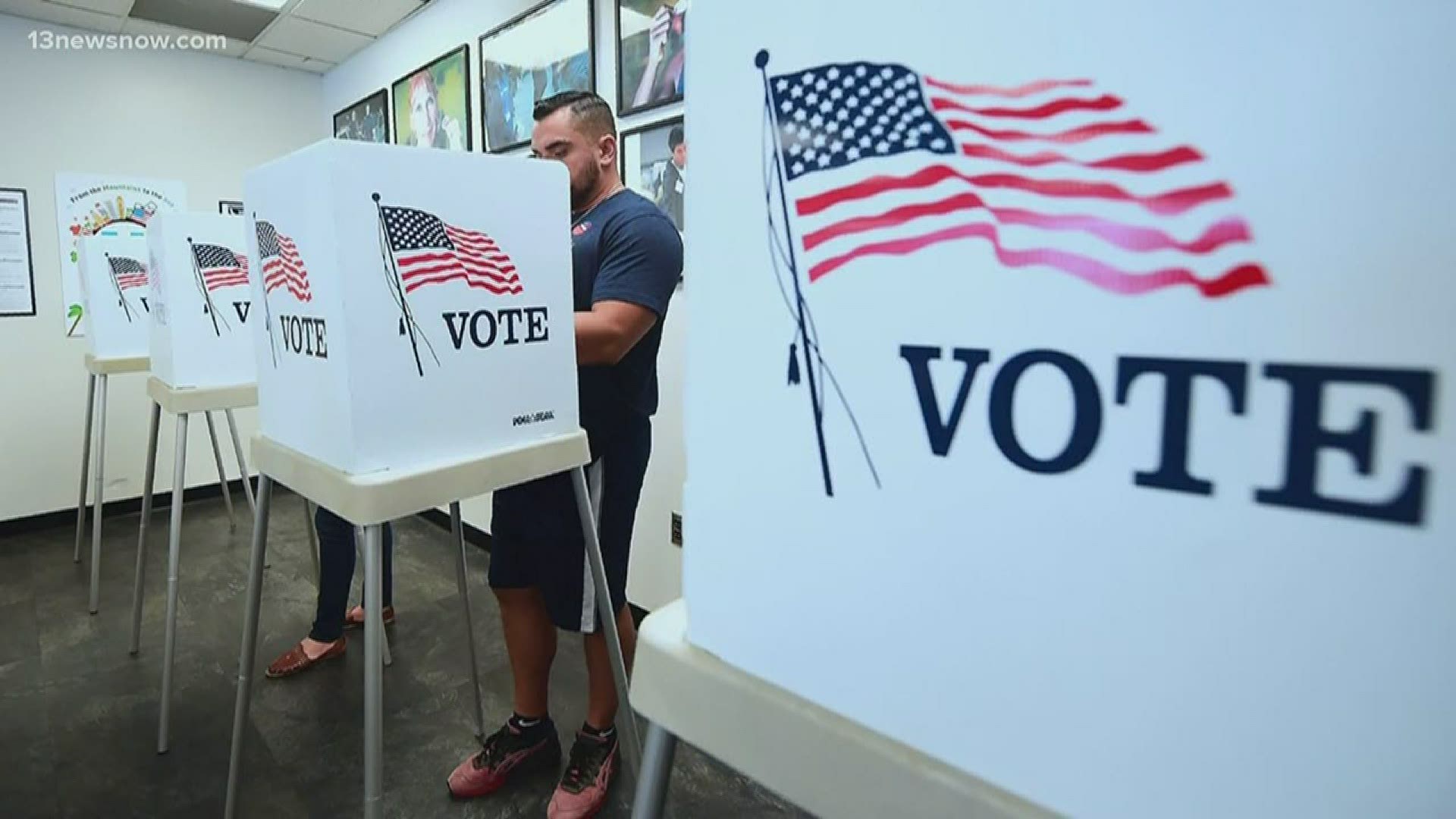 NORFOLK, Va. — Next Tuesday is Election Day, but Virginia Republicans are concerned about voter fraud.

That's because rules on mail-in absentee ballots have been loosened as a result of the coronavirus pandemic.

A recent federal court ruling set aside the requirement for a witness signature on absentee ballots. The decision was made as part of a campaign to encourage social distancing during the pandemic.

"In a public health crisis, the idea of waving some of these requirements seems to make sense to a lot of people, it certainly makes sense to the courts," said Christopher Newport University Political Science Professor Quentin Kidd.

Virginia  Attorney General Mark Herring, a Democrat, says not exposing voters to other people who may be sick during a pandemic is a smart move.

"Voting by mail without having to have the witness requirement makes a lot of sense and I'm really glad the judge saw it our way," Herring said.

But Virginia House Minority Leader Todd Gilbert is concerned about that change, and the recent legislative move to no longer require voters to produce photo identification.

"You really are going to create the conditions where the integrity of the system is put in peril," said Gilbert (R-Shenandoah). "And you know, it might not be next week. It might be that people are just going to vote by mail because they don't want to get out and about. And that's understandable. But, the more you loosen these restrictions, the more potential there is for abuse."

CNU's Kidd disputes there even is such a thing as voter fraud.

"There's very, very little voter fraud, actual voter fraud," Kidd said. "There's just no evidence in recent years in Virginia of widespread voter fraud. And so the fear of it is simply that: fear of it. It's not based on any empirical evidence, at least at this point in Virginia."

In Virginia, municipal elections are May 19. Primaries take place on June 23.

RELATED: Dr. Fauci warns of serious consequences if US reopens too soon