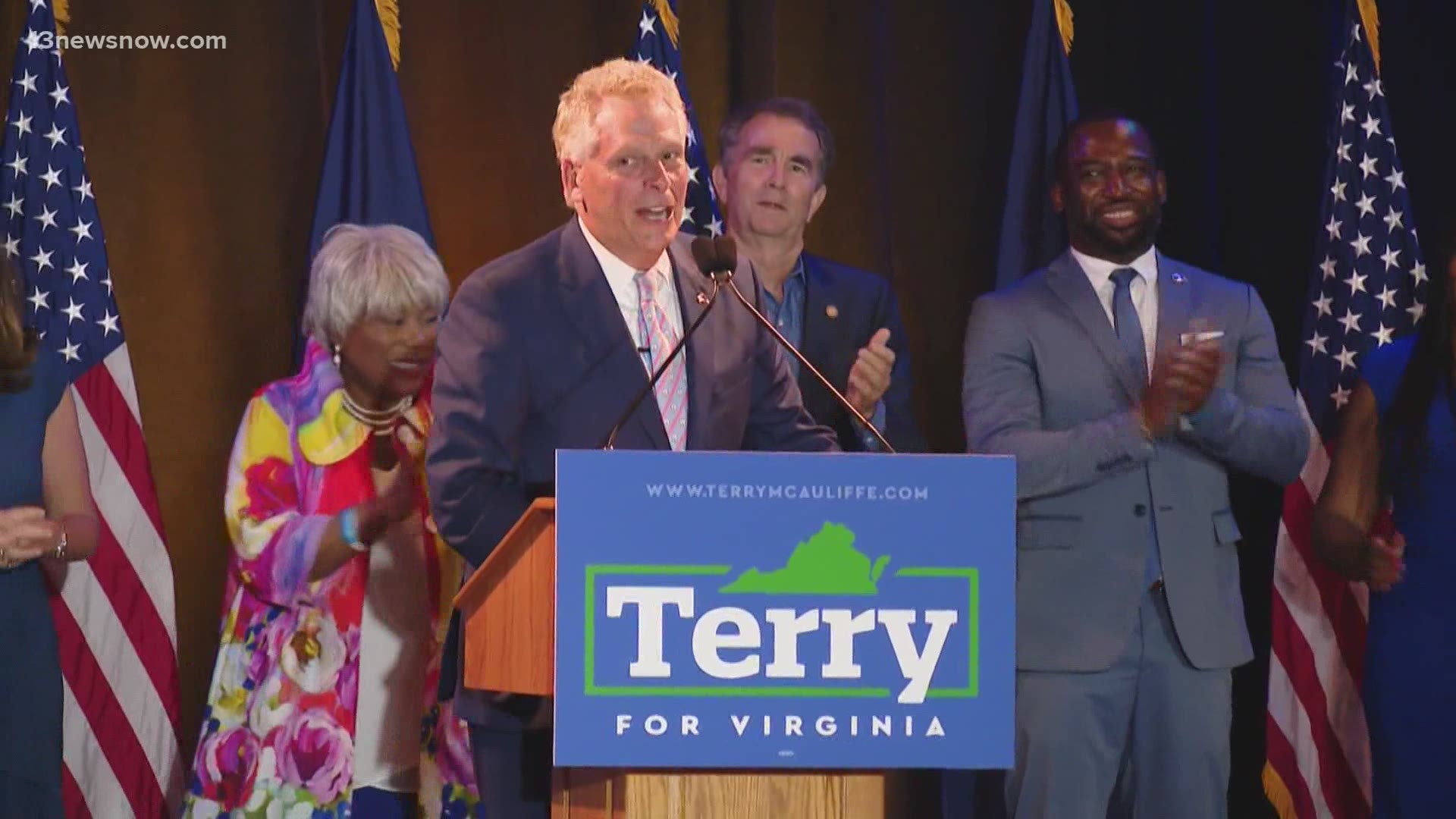 RICHMOND, Va. — Republican gubernatorial nominee Glenn Youngkin's campaign says the political newcomer will not debate Democratic nominee Terry McAuliffe at a perennial event hosted by the state bar association, in part because of the journalist moderator.

A strategist for Youngkin told The Associated Press that the campaign objected to veteran journalist Judy Woodruff moderating the Virginia Bar Association debate scheduled for later this month.

Jeff Roe says the campaign took issue with Woodruff's $250 charitable donation over a decade ago to the Clinton Foundation, because of McAuliffe's close ties to Bill and Hillary Clinton.

Woodruff is a veteran journalist who anchors "PBS NewsHour." A PBS spokesman didn't immediately respond to a request for comment.